Ector Hoogstad Architecten has completed the first stage of the world’s largest bicycle parking facility, in Utrecht‘s Central Station area in the Netherlands. 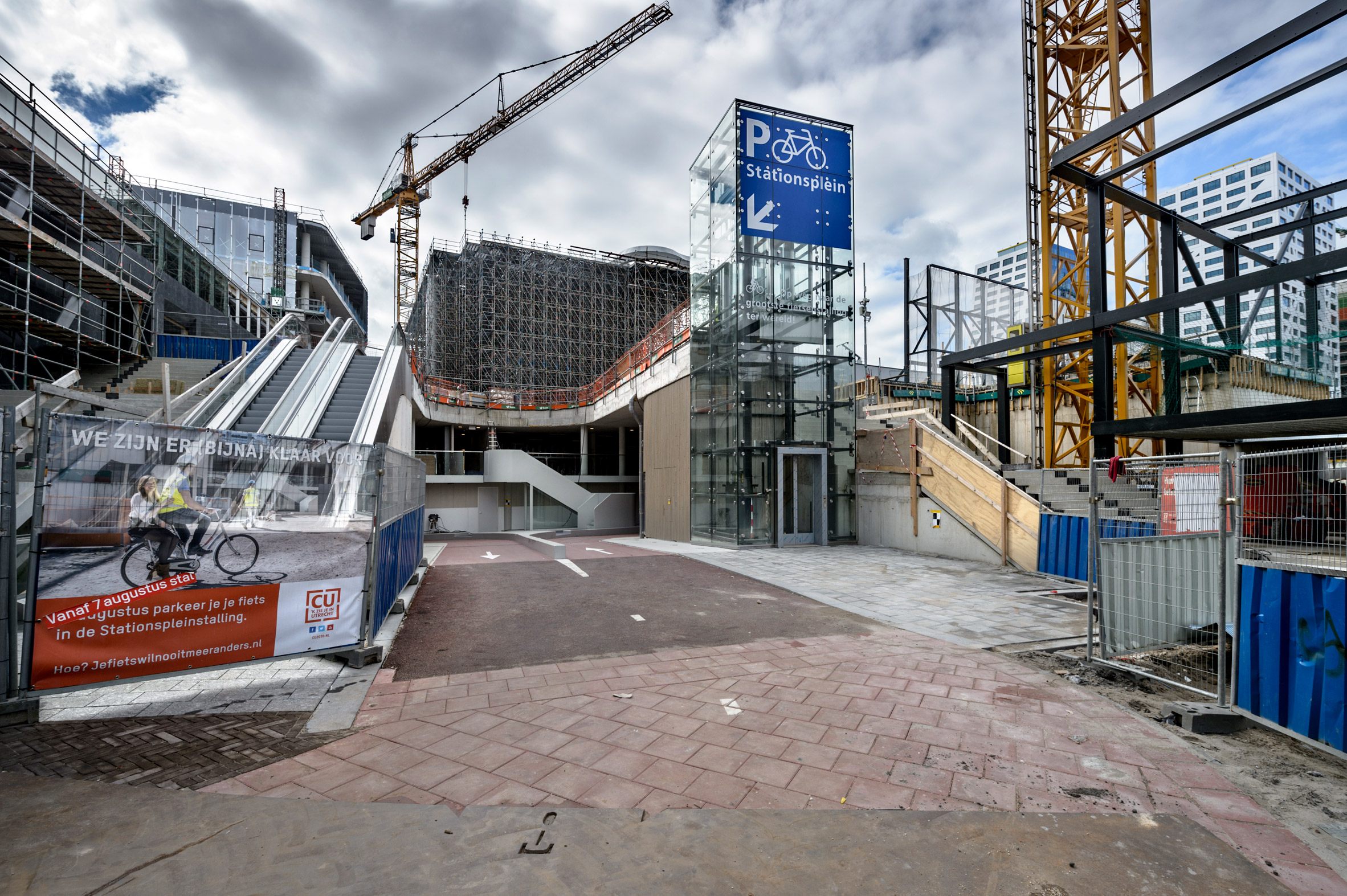 Located below the city’s new Station Square – also designed by Ector Hoogstad Architecten – the garage currently offers 6000 parking spaces over three levels. Another 1,500 parking places will be added over the next few months, and by late 2018, the facility will measure 17,100 square metres and be able to house up to 12,500 bikes.

By 2018 it will be the world’s largest bicycle parking lot, beating the current title-holder – Kasai underground station in Tokyo, where about 9,400 bicycles are automatically parked in a 15-metre-deep basement. 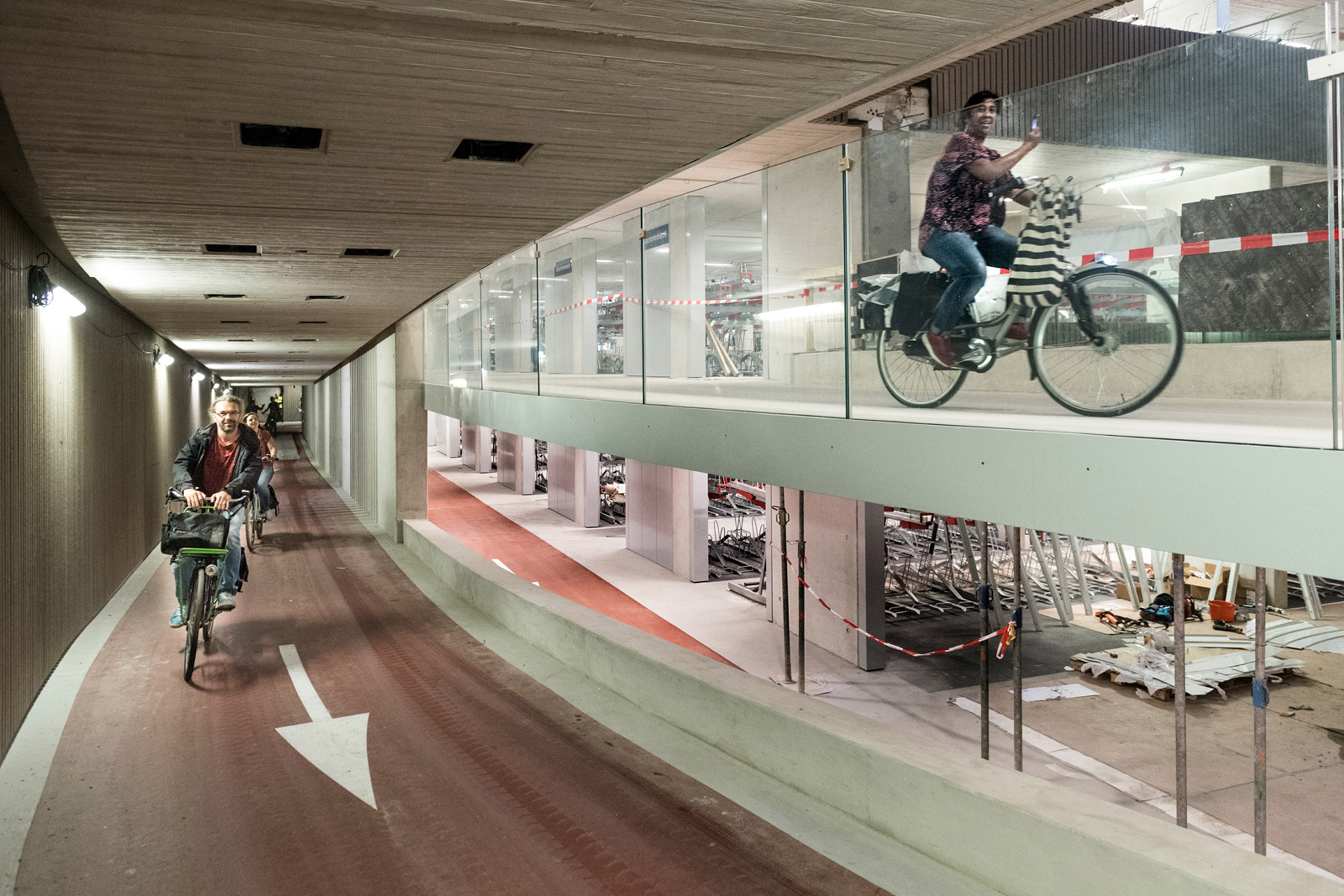 Called Stationsplein Bicycle Parking, the Utrecht facility is located on the Jaarbeurs side of the city centre and, once complete, will be made up of five parking lots all located close to station entrances.

The parking is open 24 hours, seven days a week and managed by the municipality of Utrecht, government body ProRail and state-owned operator NS (Dutch Rail) collectively. The facility was introduced in order to make the railway and bus station, which is the largest public-transport hub in the Netherlands, more accessible. 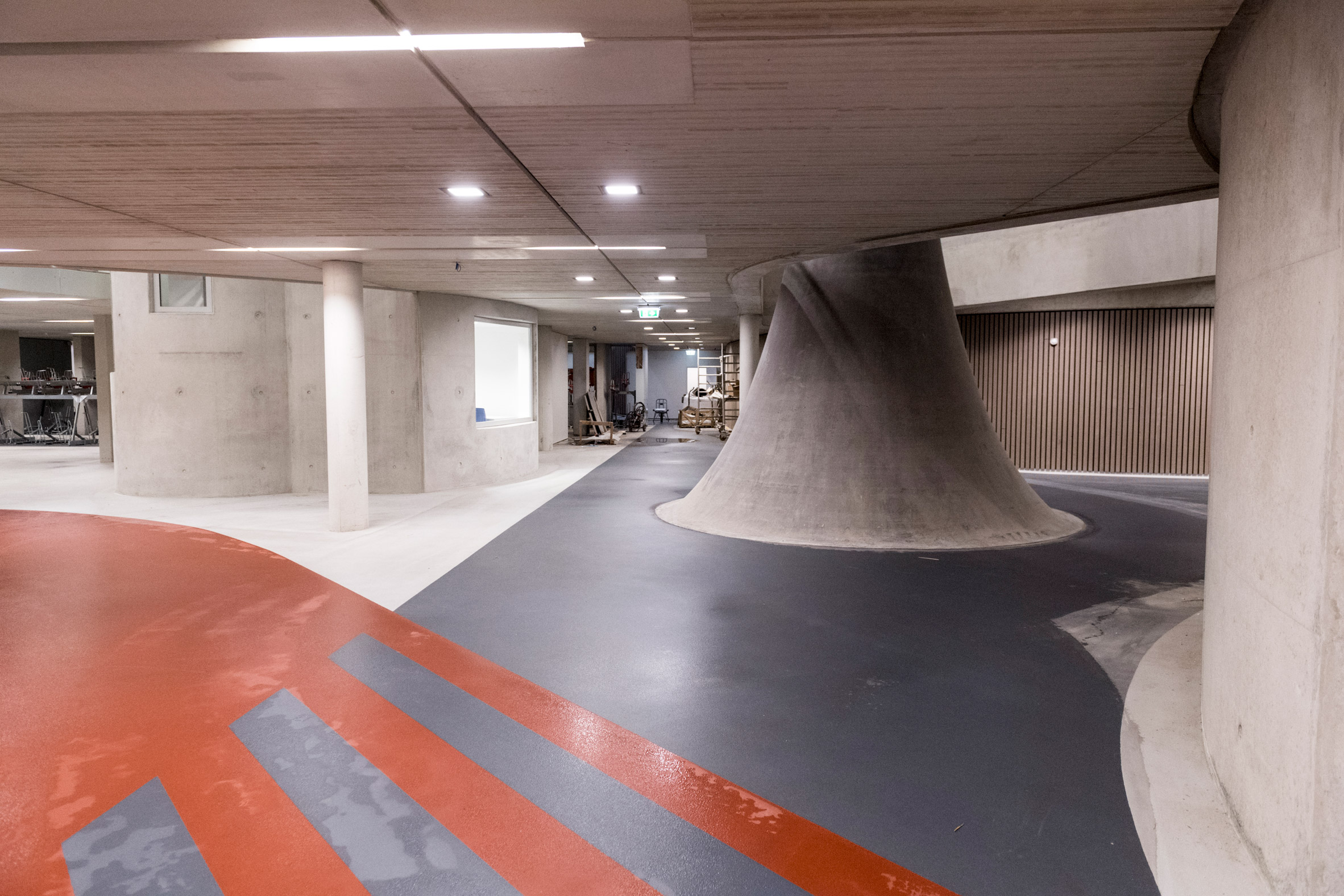 The parking lot is the only manned and monitored bicycle parking where indoor cycling is permitted. Cyclists enter and exit the underground space on a one-way system of ramps that circle the central parking spaces.

Cyclists are guided to free spaces by a digital system and park using a public-transport chip card. Parking is free for the first 24 hours, and cyclists have access to a service point for repairs, maintenance, parts and accessories. 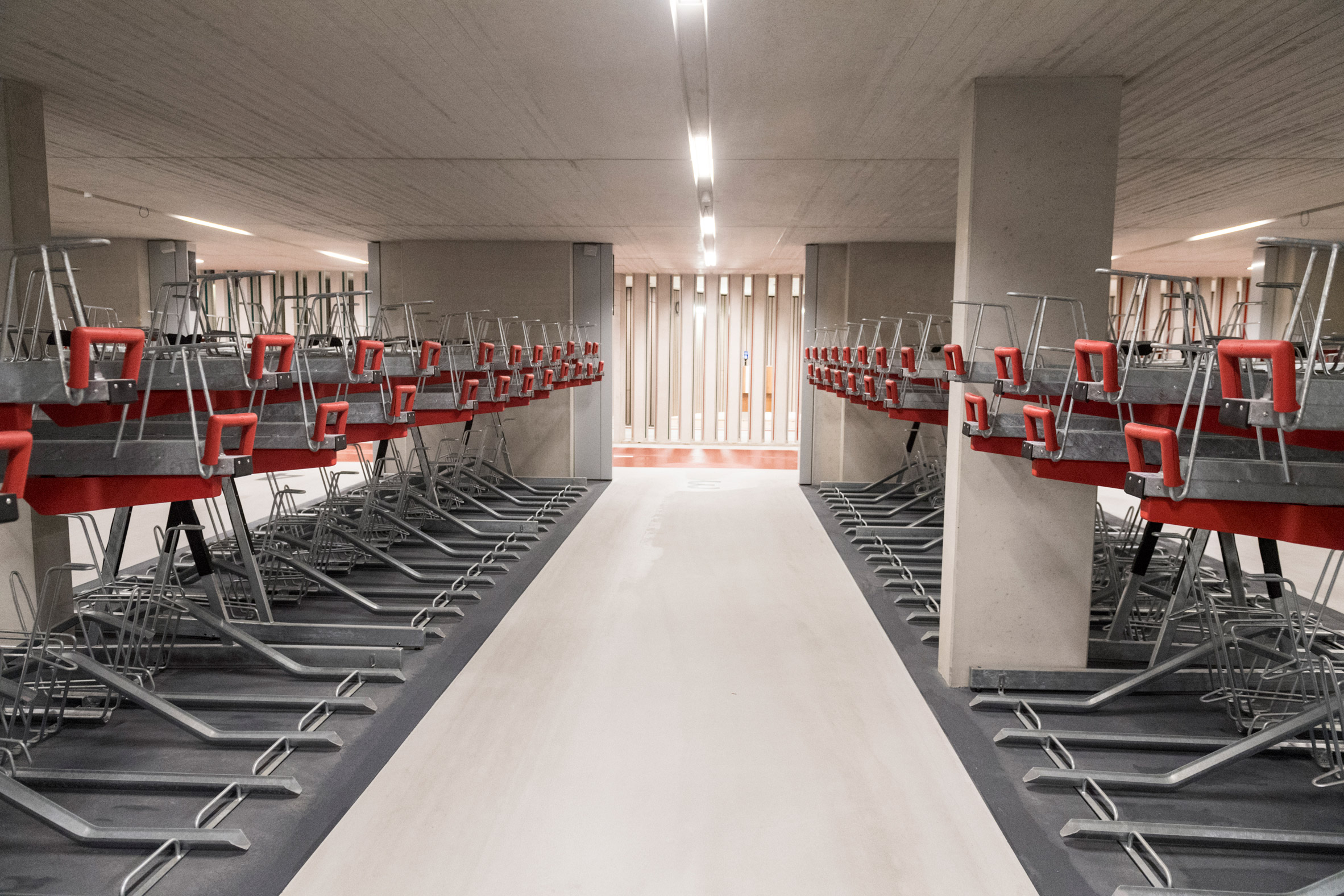 Another 11,000 bicycle parking places – funded by private investors – will be installed around the train station to accommodate employees and visitors, and 700 public-transport bicycles, called OV-bicycles, will also be available to rent.

In total, there will be some 22,000 bicycle parking places in the station area. 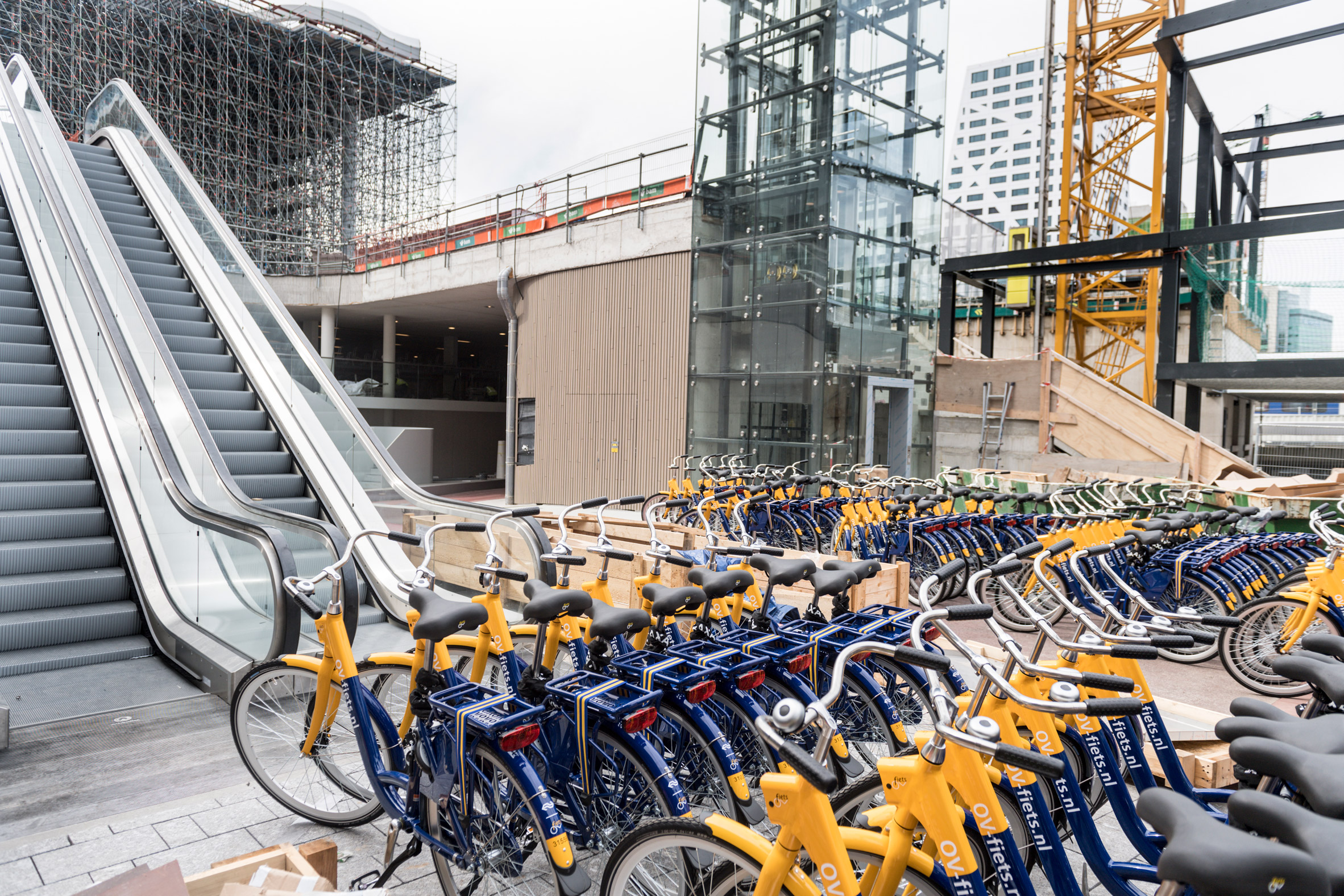 “It is the ultimate wish to have as many bicycle racks as there are bicycles, so that all cyclists can park their bicycle in a rack,” said a statement released by the municipality of Utrecht. 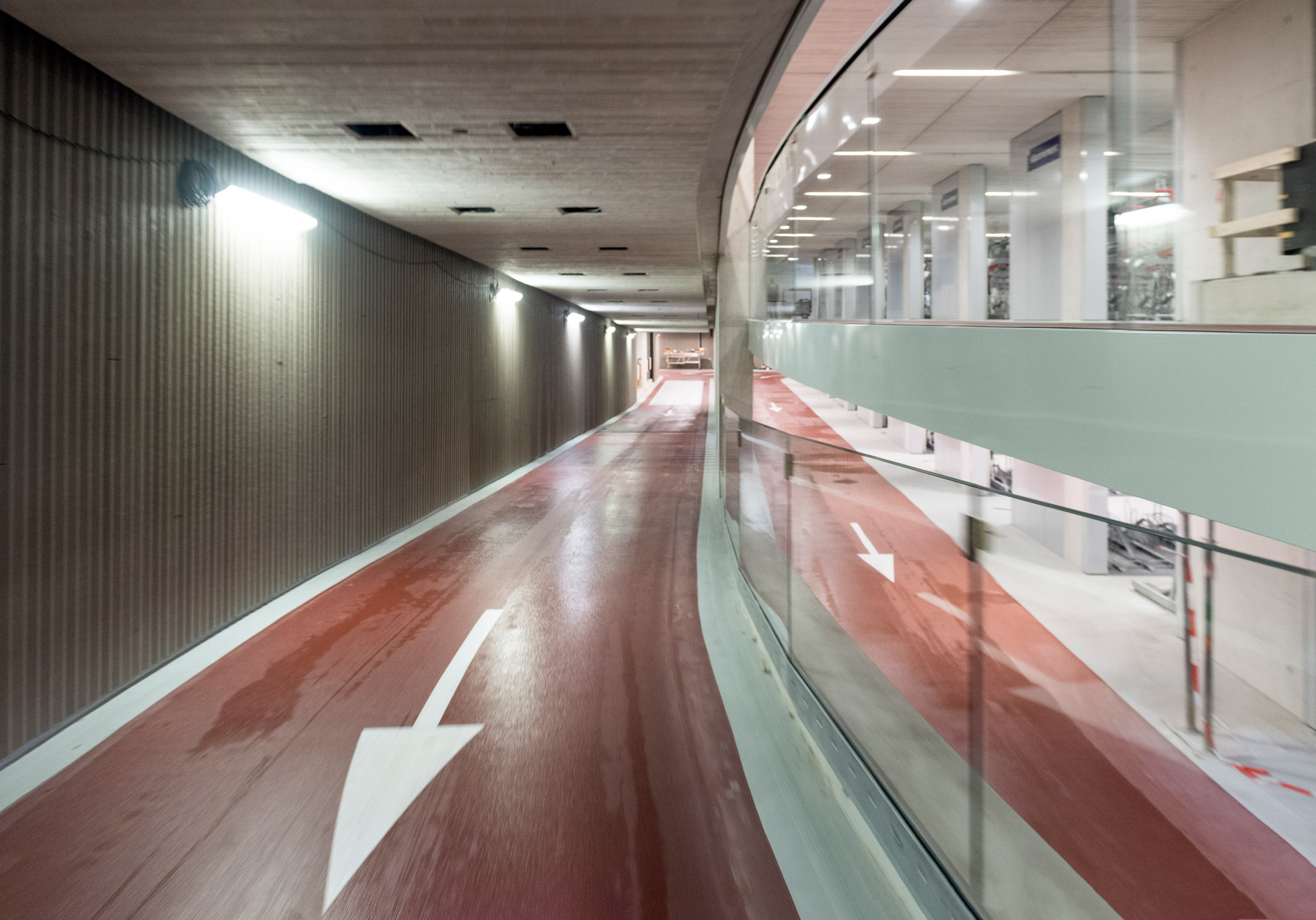 In other recent cycling-related news, bicycle company Brompton has borrowed Formula One racing technology to create an electric version of its bestselling folding bike, and a Royal College of Art graduate has designed a pedal-powered, vertical transportation system that would enable city dwellers to cycle up skyscrapers. 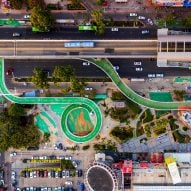