Simon Conder Associates has placed a prefabricated, black-stained timber extension on top of a former warehouse in east London, creating a new home for the designers whose studio occupies the old building. 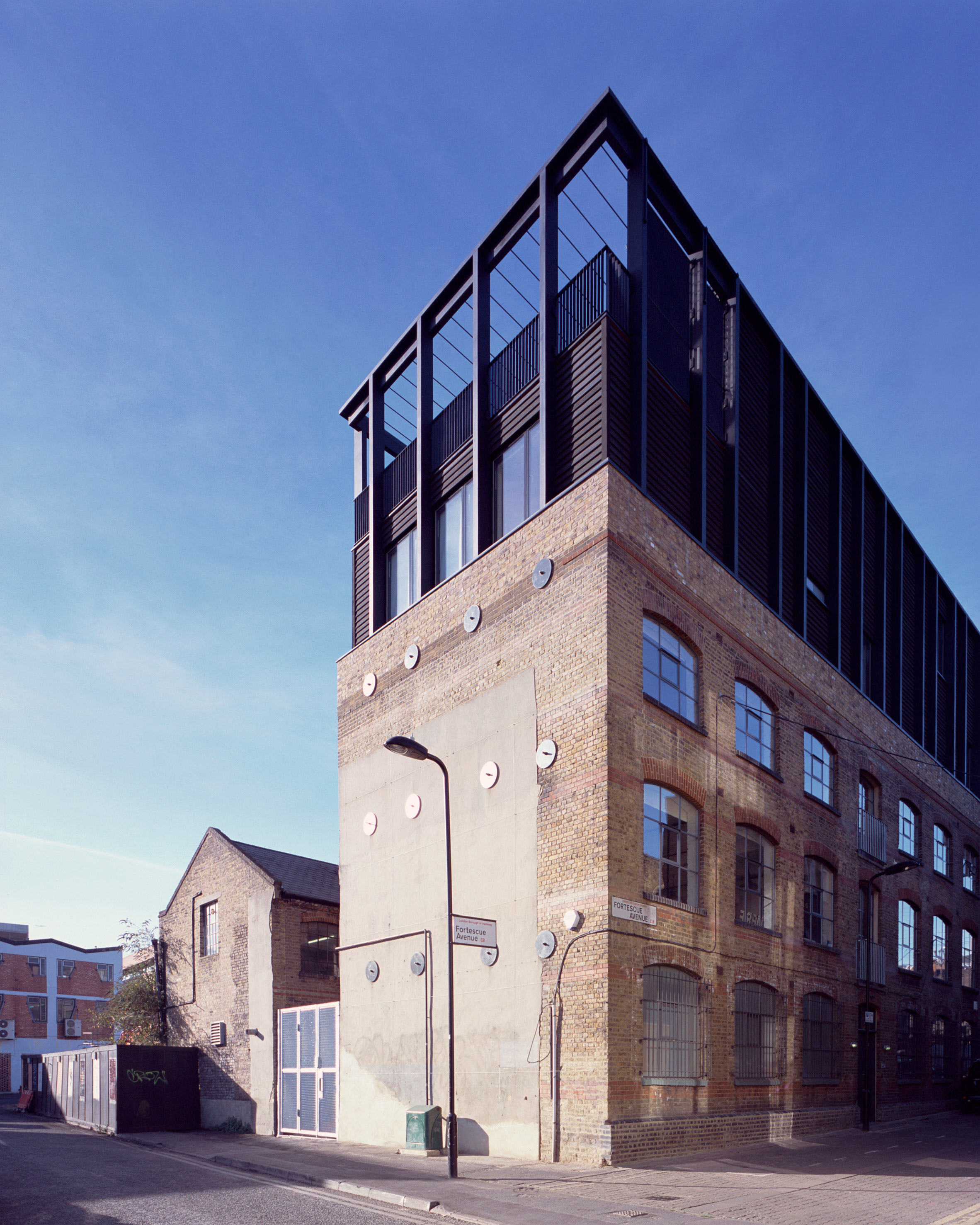 The three-storey Victorian warehouse is located in an industrial neighbourhood in Hackney, close to London Fields park, and is home to a multidisciplinary design agency.

The studio’s owners asked British studio Simon Conder Associates to create a home within a vertical extension that complements the existing building and fits within the surrounding context.

“The project uses a robust architectural language which is site specific and responds to the industrial character of the original building in a way that respects the existing without attempting to copy it,” said the architects. 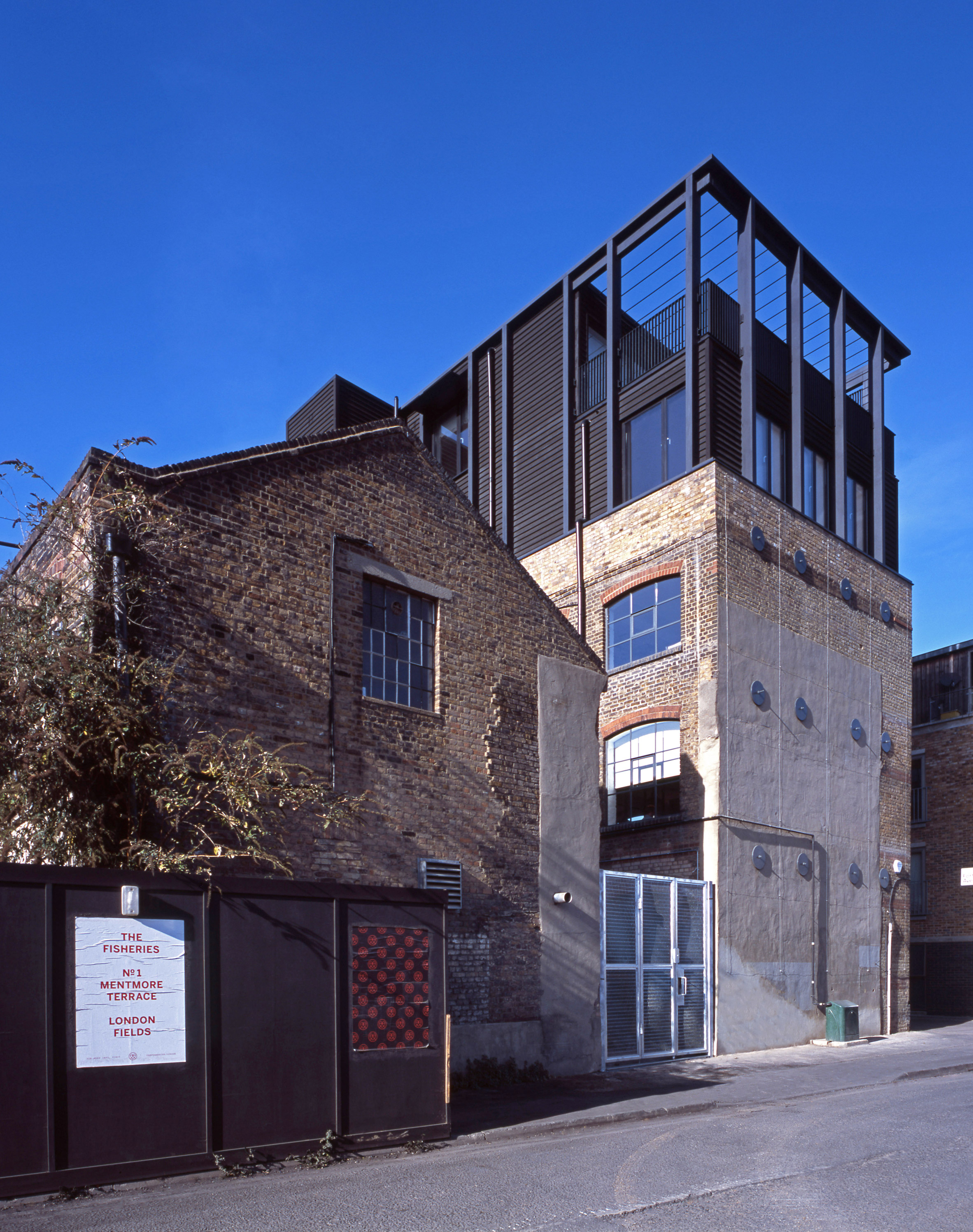 Other stipulations of the brief for the Black House apartment included keeping the budget low and minimising disruption to the design studio’s operations, as well as to neighbouring properties.

The two-storey structure also needed to limit the load on the original foundations, which prompted the architects to use lightweight, super-insulated timber panels for the external walls. 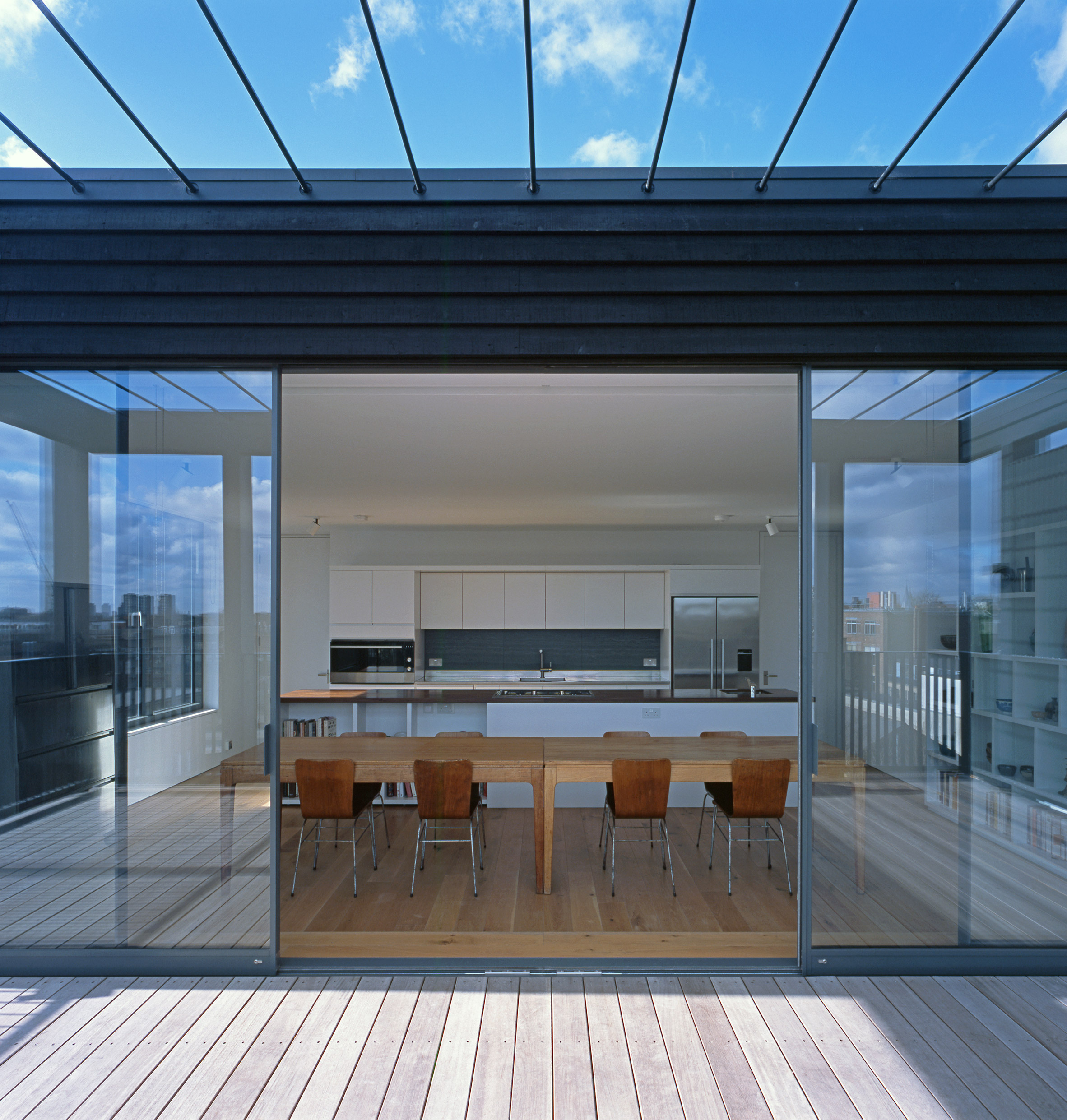 The extension’s wooden superstructure was prefabricated in the north of England and craned onto the building in sections to speed up construction and reduce mess on site.

The planed-larch glulam frame remains exposed externally, and the walls are clad with sawn, horizontal weatherboarding finished with a matt-black preservative stain. 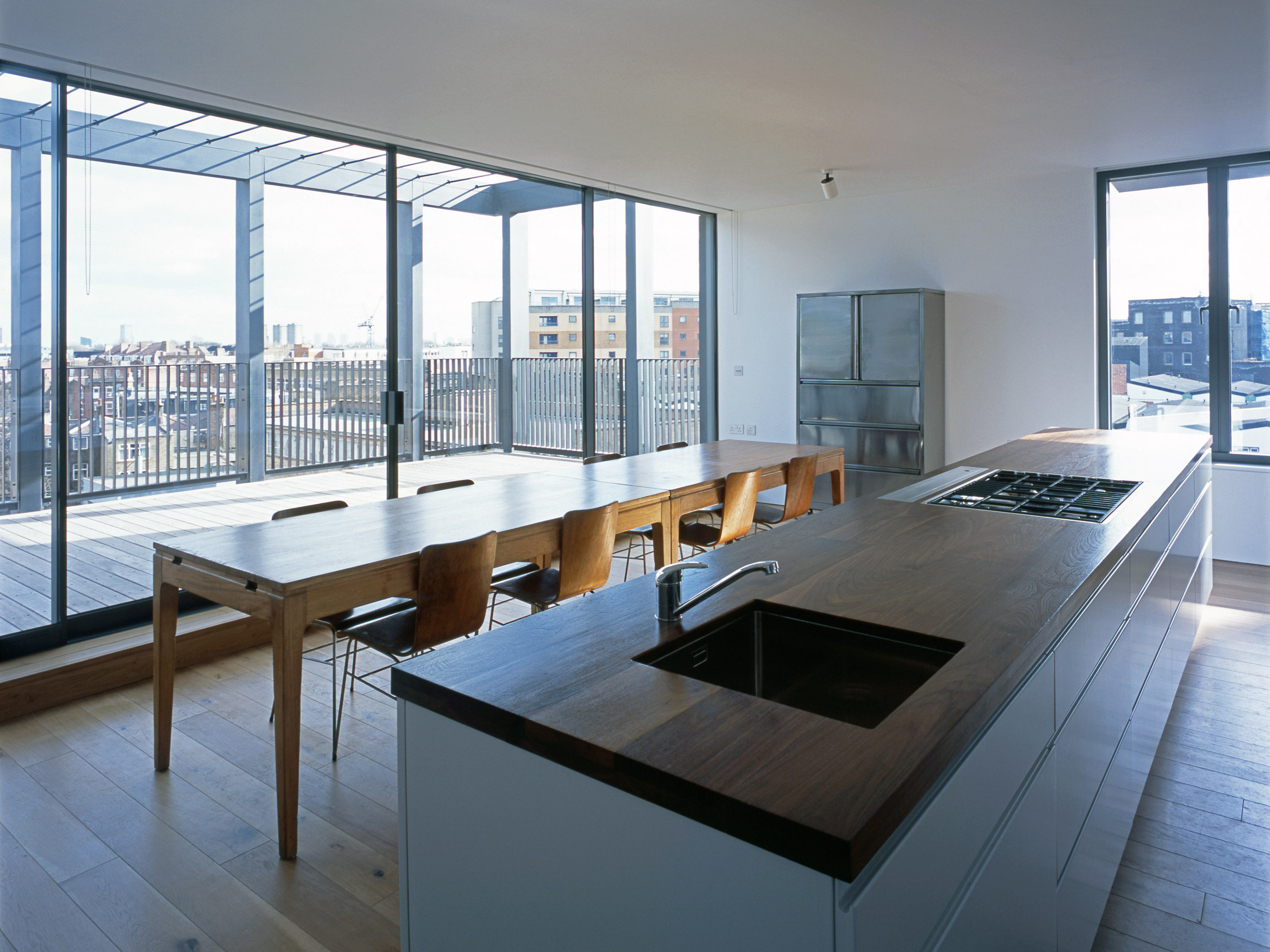 The framework’s timber columns are aligned to the window openings in the warehouse below, creating a subtle visual connection between old and new.

The slatted weatherboard cladding is interrupted by windows that are kept to a minimum on the northern side to reduce heat loss and overlooking of adjacent properties. 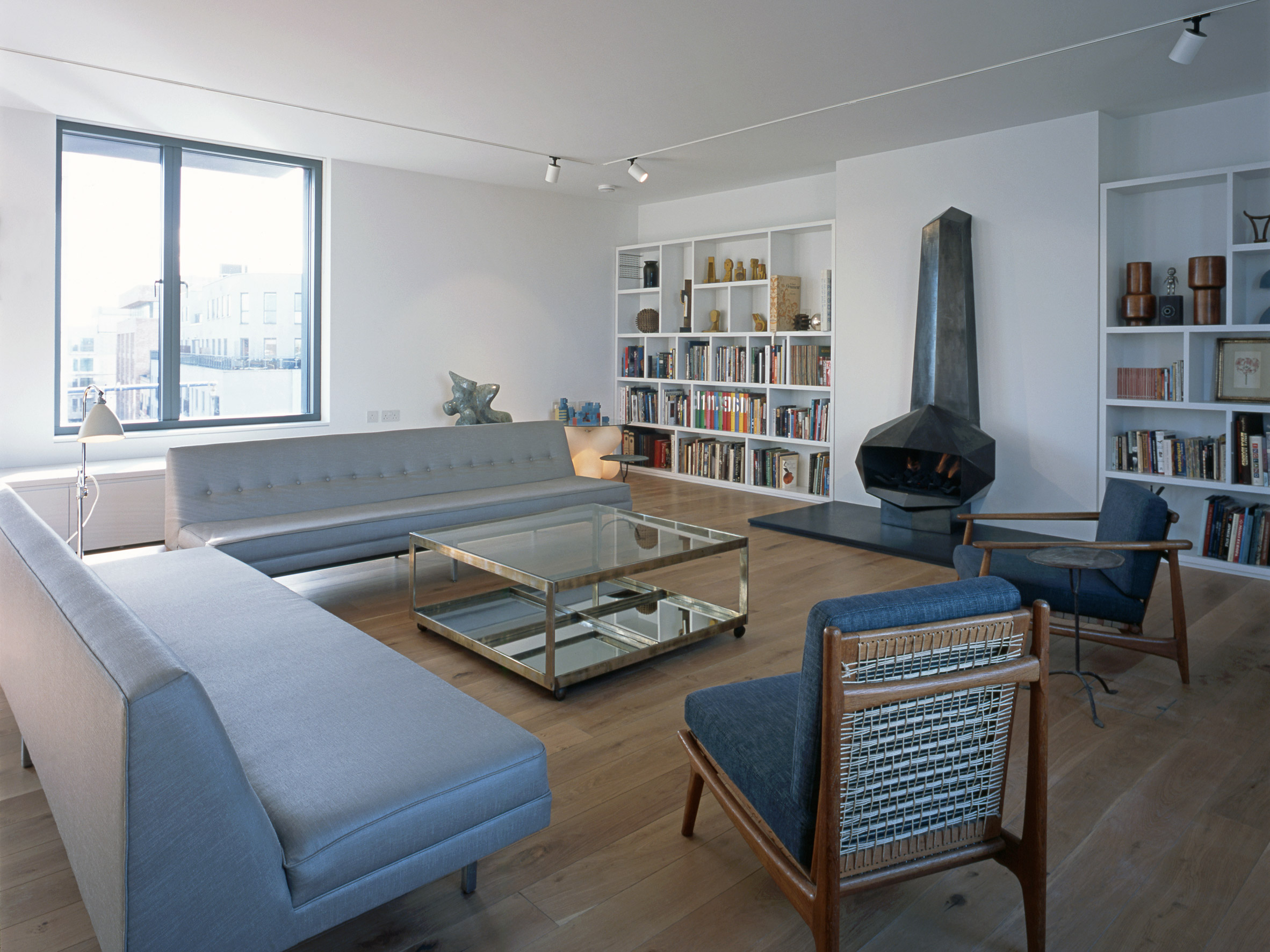 The southern and eastern elevations incorporate larger openings that aid with solar gain and natural light, as well as making the most of the available views.

The main living spaces occupy the top floor, with the kitchen and dining area opening onto an elevated loggia providing views across the surrounding skyline. 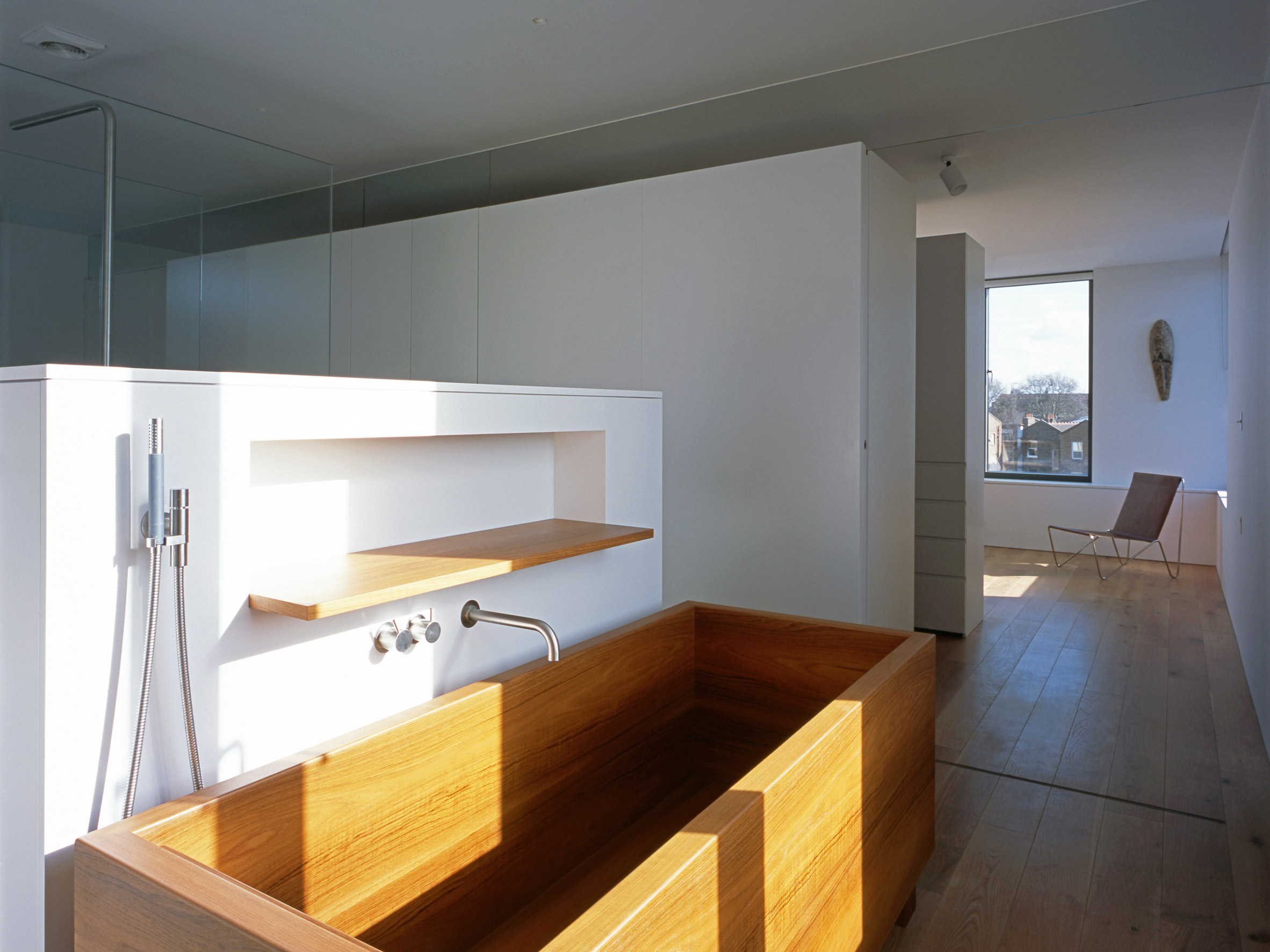 At the opposite end of the building is a lounge featuring a sculptural metal fireplace. The room receives natural light through windows set into the north and south elevations.

The floor below contains two bedrooms, two bathrooms, a studio and a utility space. The master suite incorporates a dressing area and a bathroom with a traditional Japanese furo bathtub. 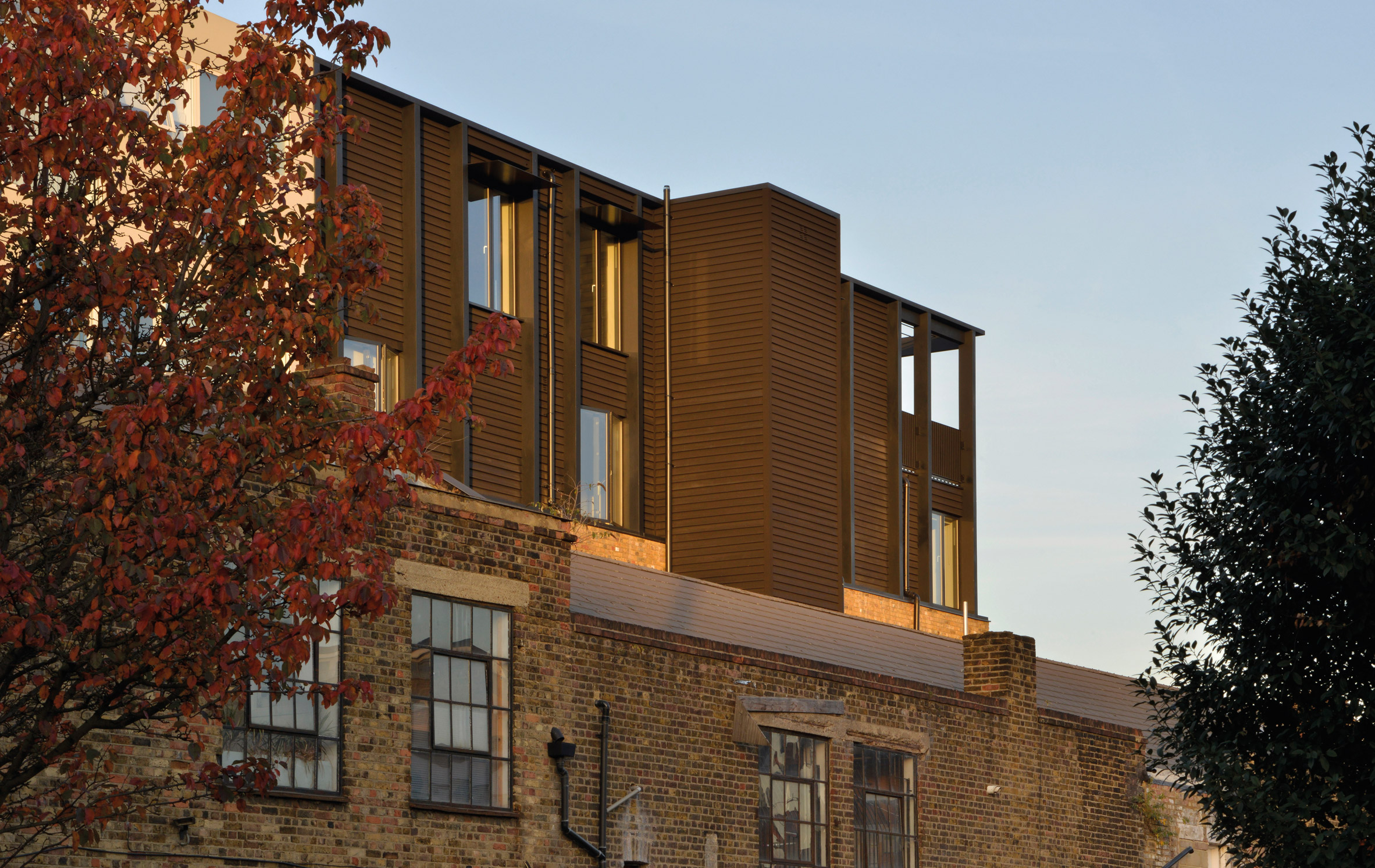 A lift shaft that protrudes from the south side of the building provides dedicated access to the property, which can also be reached directly from the design studios via a central staircase.

Simon Conder set up his practice in 1984 and has completed a wide array of projects in the community, residential and workplace sectors. 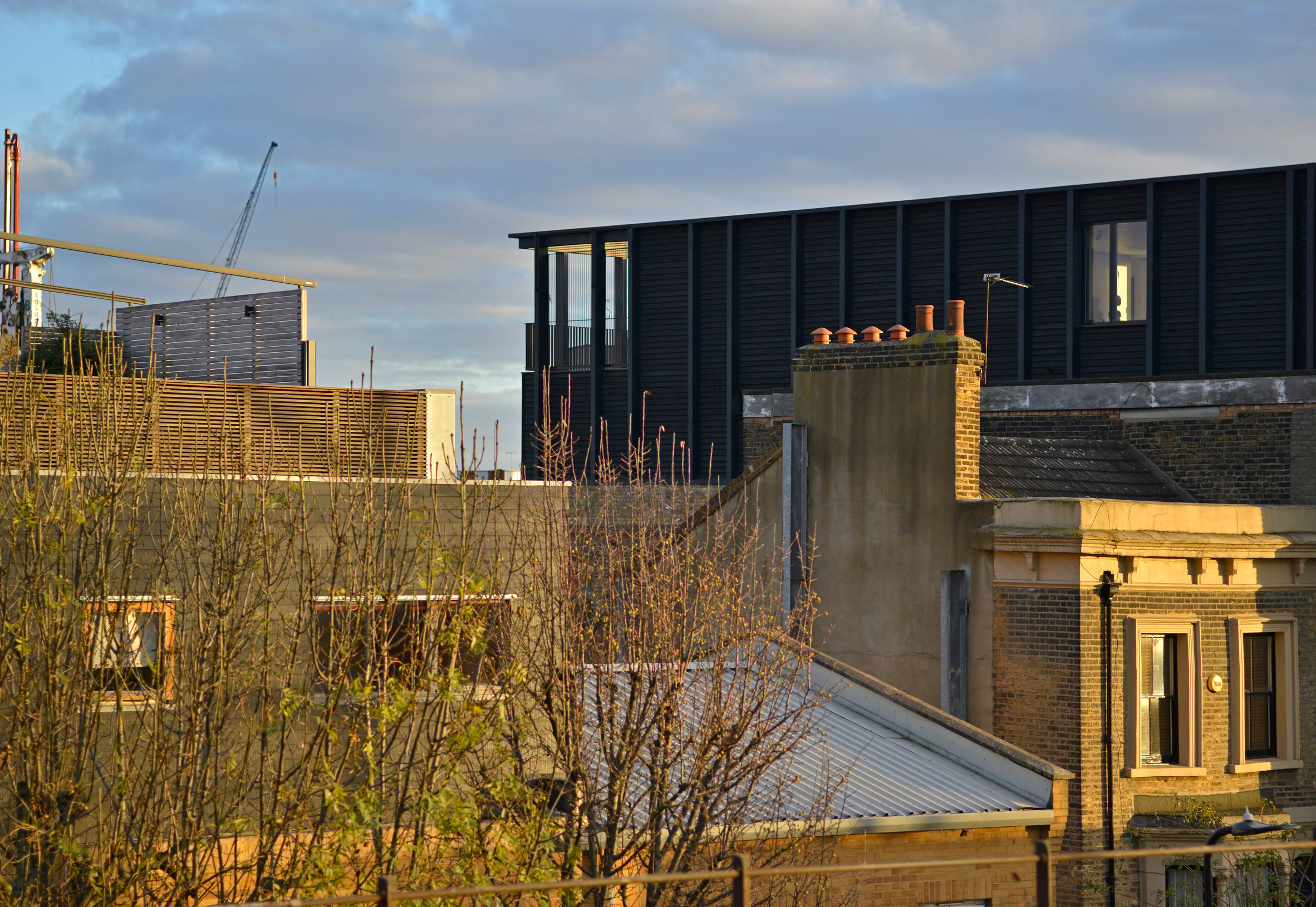 The studio’s previous residential work includes several homes on Dungeness beach in Kent. It designed a timber-clad house built around a 19th-century railway carriage, and stripped a former fisherman’s hut back to its timber frame before adding replacement walls wrapped in black rubber.

Photography is by Paul Smoothy. 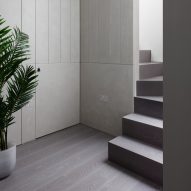 The post Black House is a duplex apartment above a converted Victorian warehouse in Hackney appeared first on Dezeen.