Terrazzo grout made from crushed tiles and a long spruce plywood storage wall feature in this renovated Barcelona flat by Spanish firm TEd’A.

The apartment provides a Barcelona base for Laia and Biel Huguet, owners of Mallorcan tile brand Huguet, in the city’s Gracia district.

Its 65-square-metre interior is arranged across three consecutive rooms, with a view onto the street at one end of the apartment, and a view onto a central courtyard at the other. 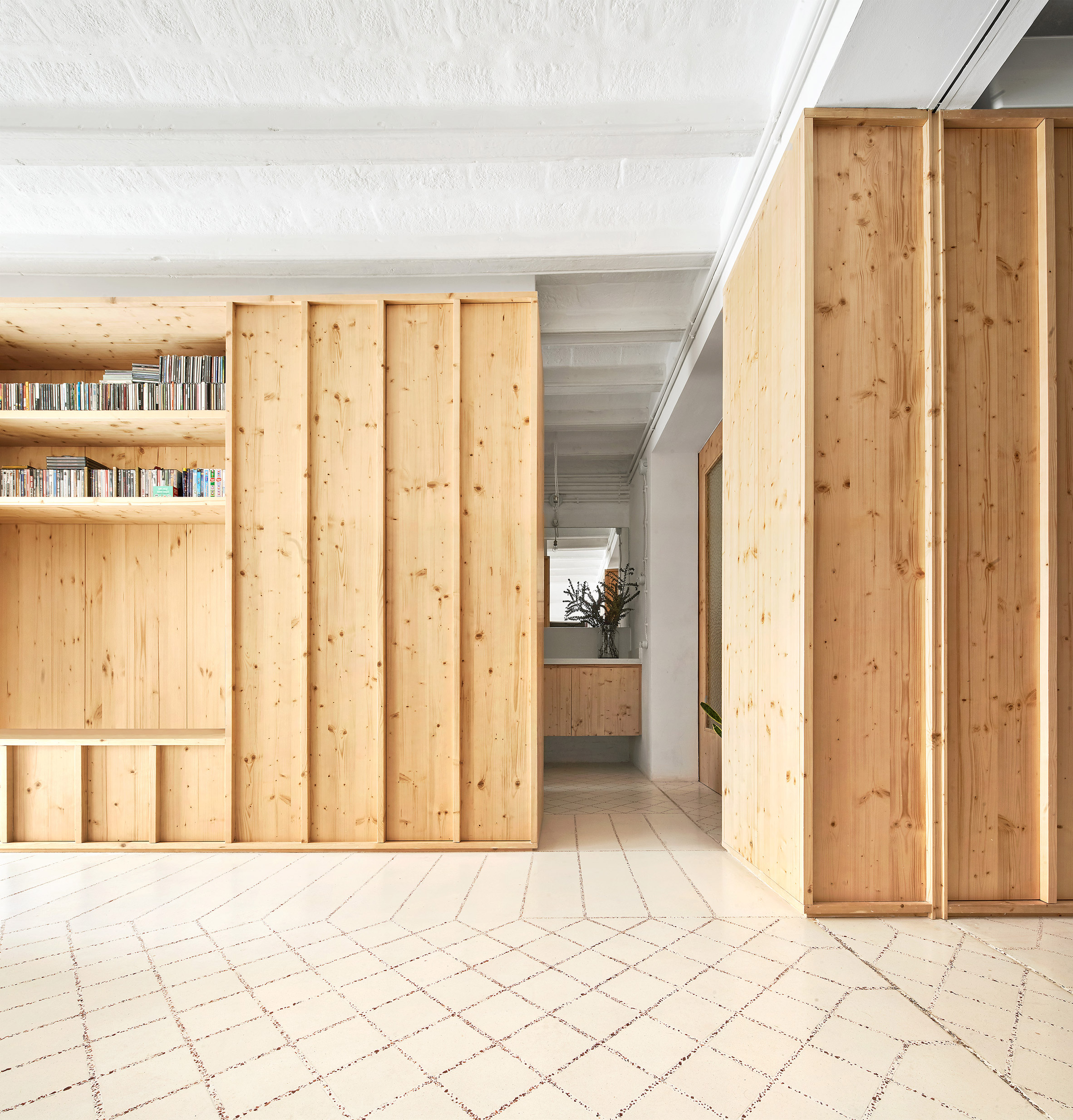 TEd’A founders Irene Pérez and Jaume Mayol aimed to open up the interior of the property, so that light could penetrate the darker central space.

By inserting a long spruce plywood storage wall that snakes through the space and intersects all three rooms, the architects were able to create six smaller interconnected spaces linked by archways and doorways between the rooms and through the storage wall. 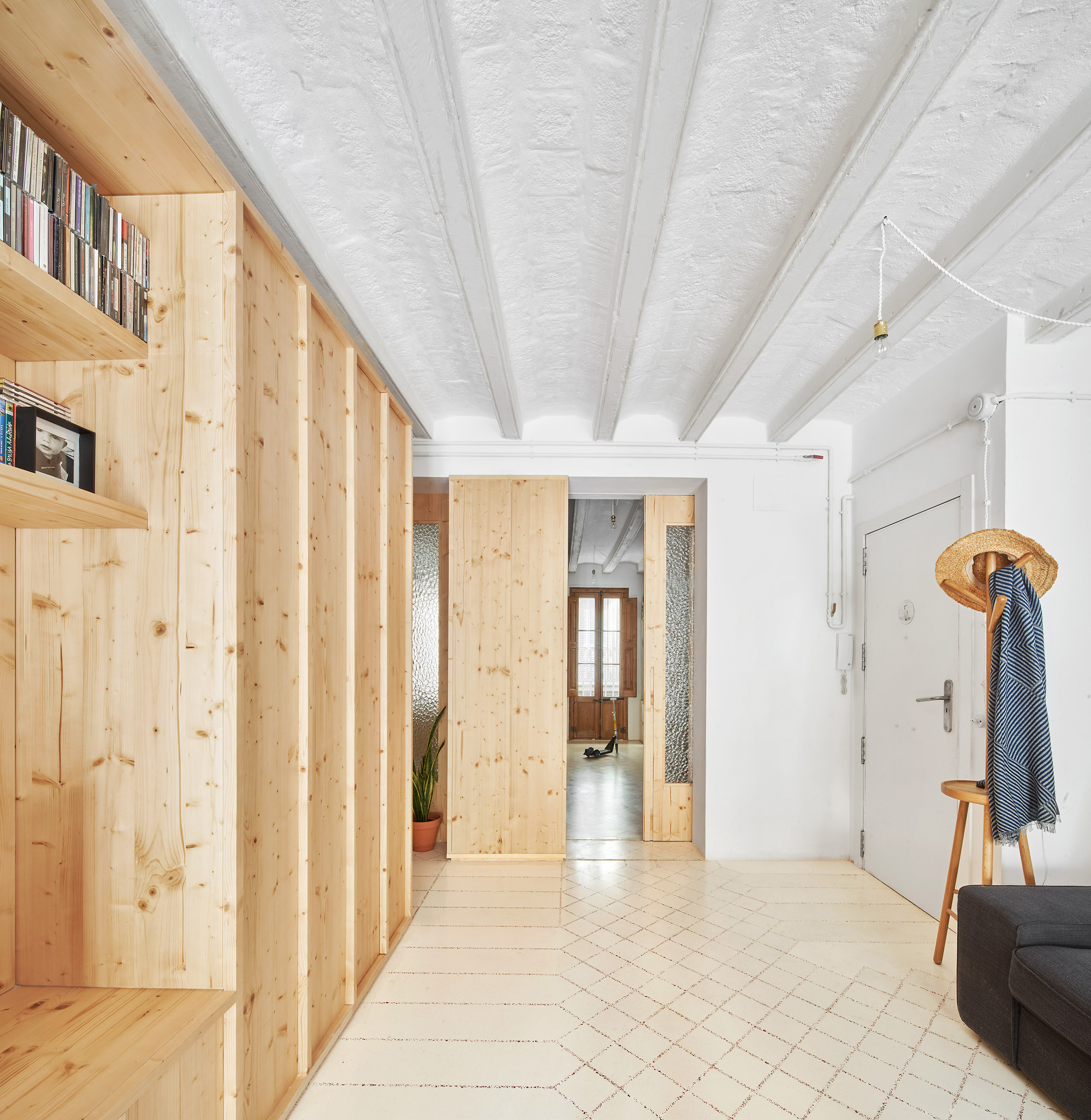 “This new [storage wall] element organises the space and physically and visually connects the entire floor from one end to the other,” they explained.

“As a new and autonomous element, it is introduced into the house of Laia and Biel almost as a sculpture, independent and exempt from the perimeter that contains it.” 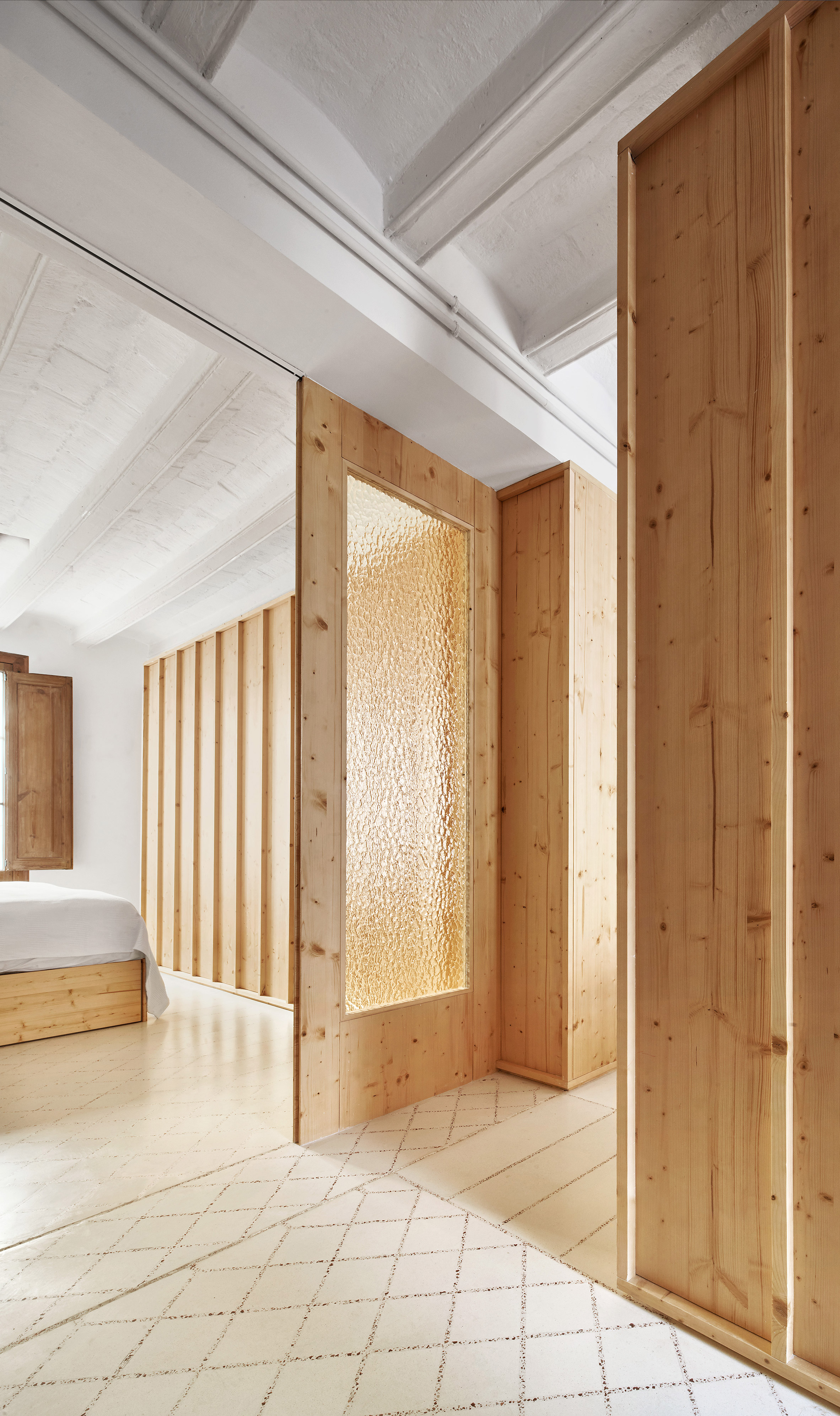 Sliding doors with textured glass panels and internal windows allow the light to filter through from either end of the apartment, while creating privacy. 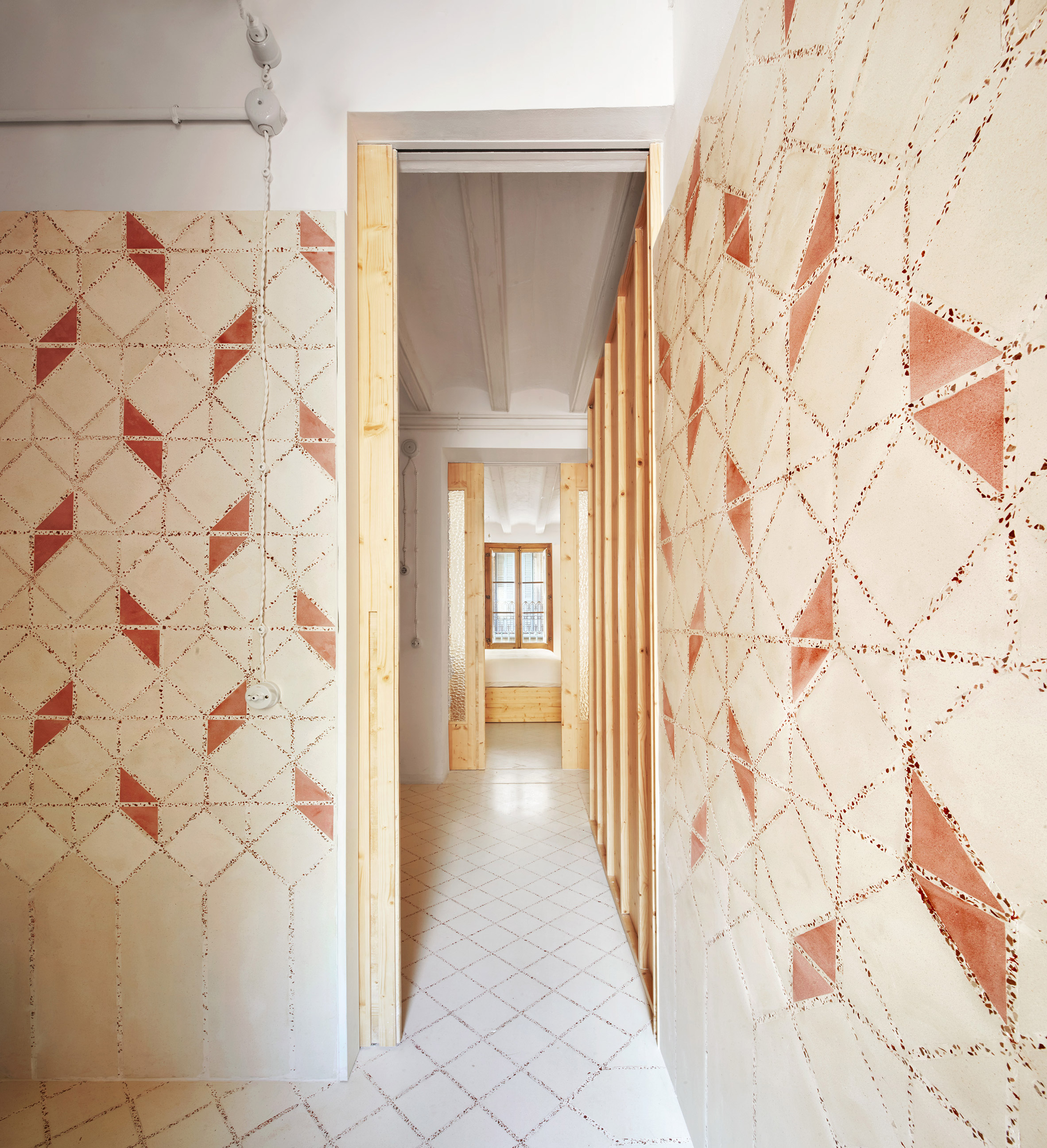 Working with Laia and Biel’s tile company, Huguet, the architects used tiled flooring to define the new layout. It was not possible to use the apartment’s original 13 x 13 centimetre diagonally-placed clay tiles, so the architects decided to remove them.

The original terracotta-coloured tiles were replaced with similar tiles of the same size produced by Huguet. Also laid diagonally, the square tiles are complemented by longer bespoke tiles that are laid around the perimeter of each room and alongside the storage wall. 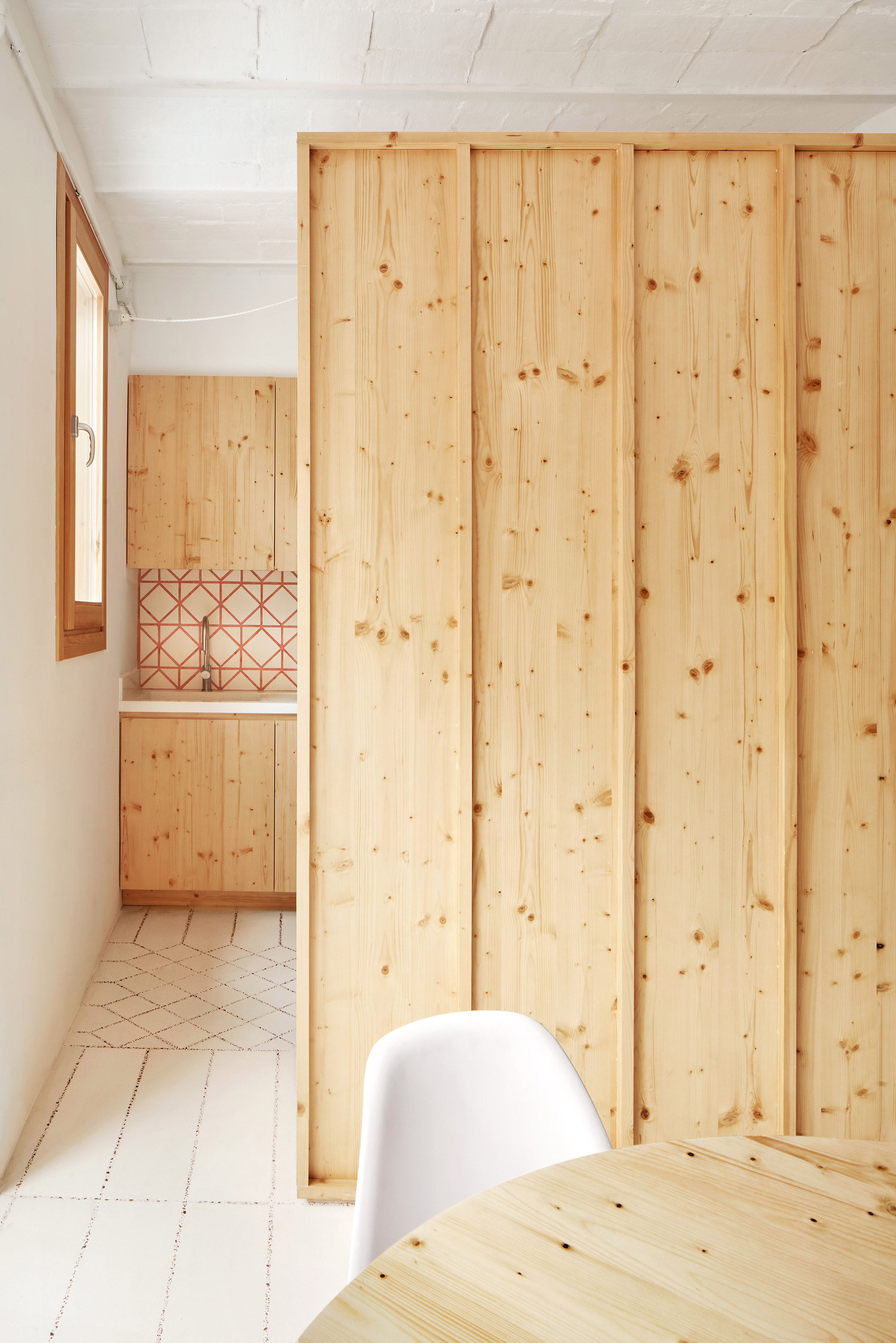 Huguet describes these bespoke elongated tiles as a contemporary take on the traditional cement tile carpets that are used in Barcelona’s modernist houses.

Instead of disposing of the original tiles, Huguet cleaned them and crushed them into tiny pieces measuring between five and eight millimetres.

This reddish-coloured aggregate was then mixed in with white tile grout and used to fill in the one-centimetre gaps between the new tiles, before being polished to create a glossy, even finish. 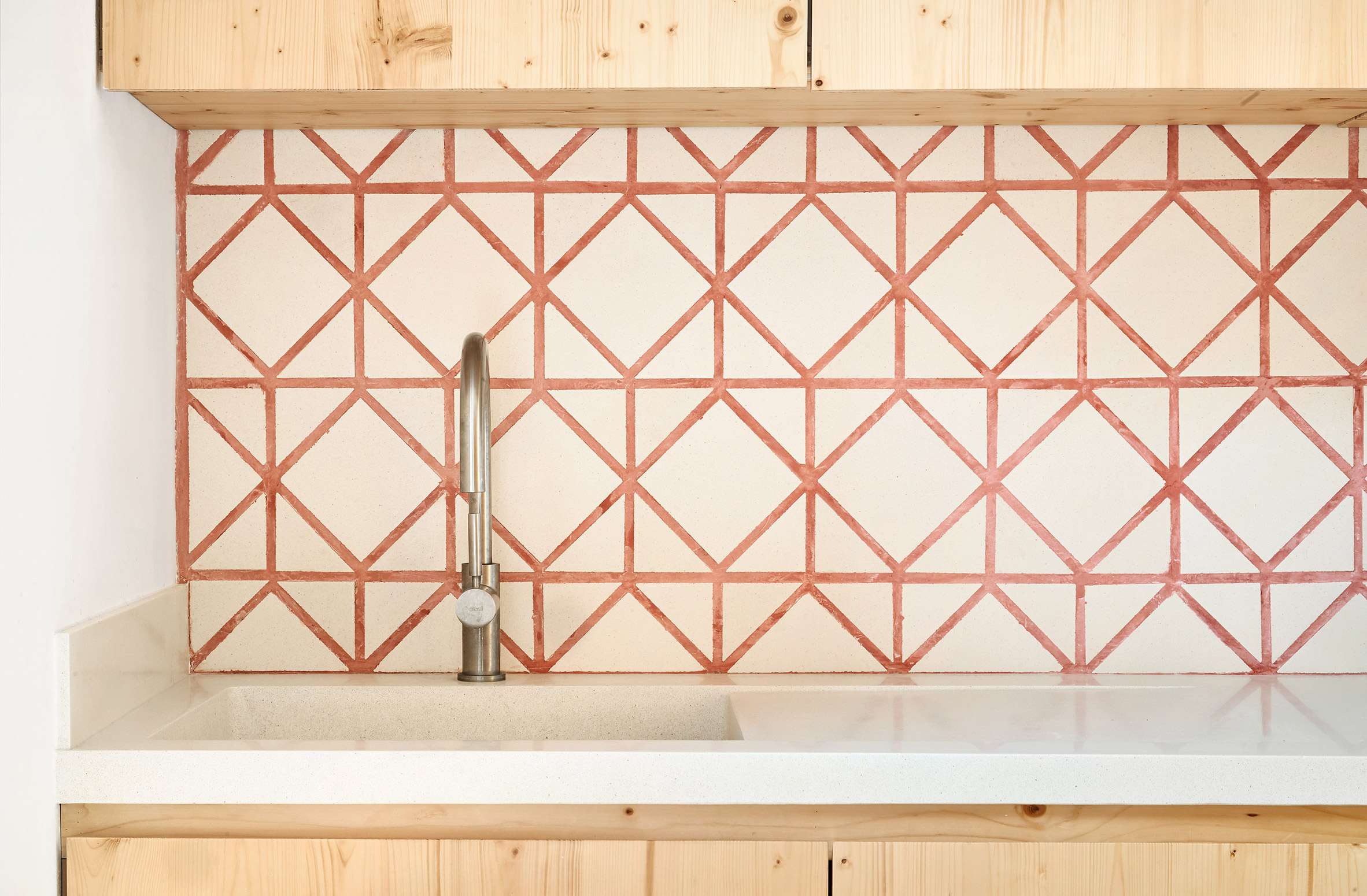 The result is a distinctive lattice pattern created in a terracotta terrazzo that stretches across the entire apartment.

“Our idea was to keep the best parts of the old flat we bought,” Biel Huguet told Dezeen. “For two reasons: sustainability – do not throw something nice that can be reused – and also to keep a part of the history and the tradition of Gracia in our new flat.” 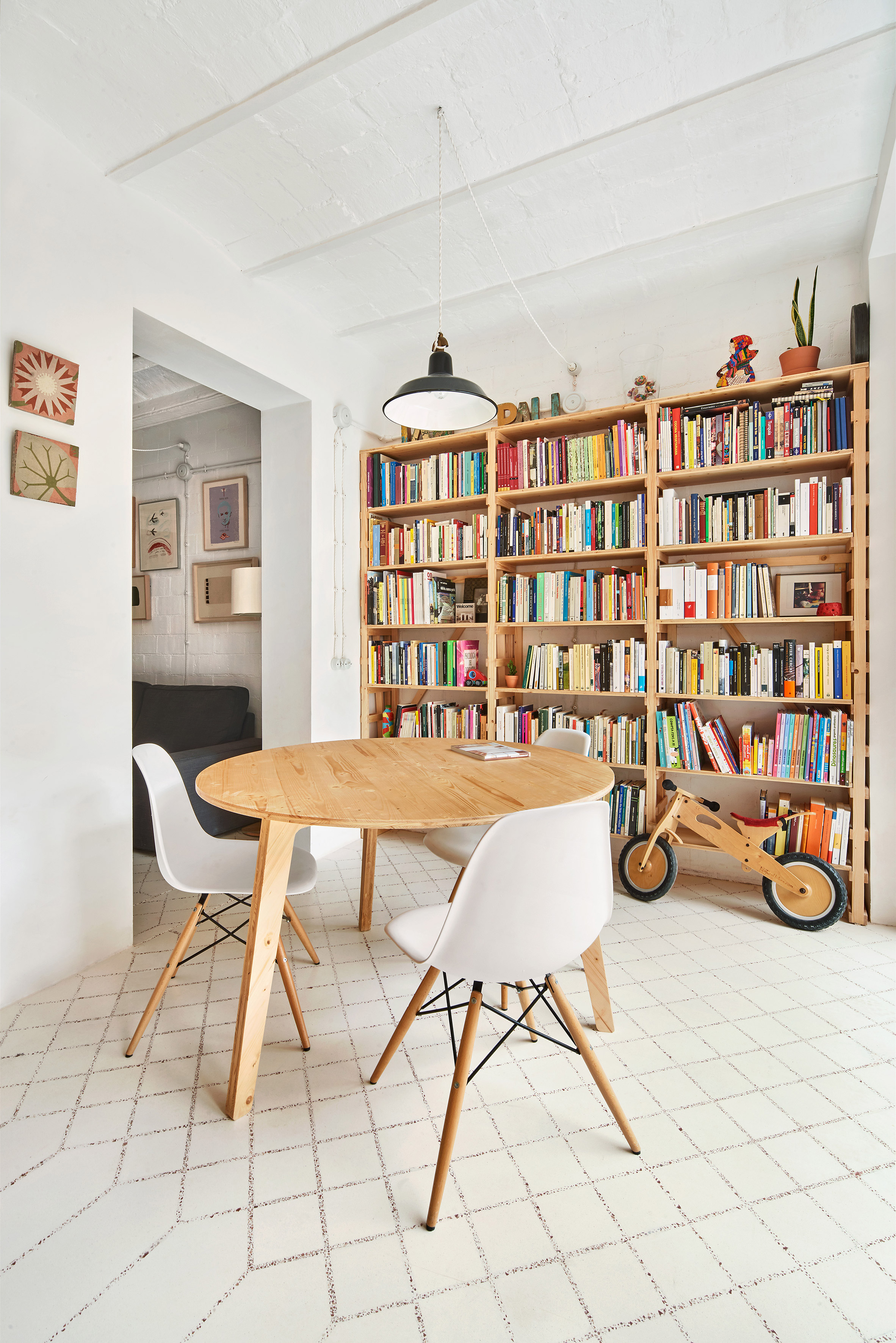 “The terrazzo joints was something we ‘discovered’ last year, when Ted’A made our showroom,” he continued.

“Since a few years ago I was very concerned about the joints. People do not think about them: they just think about the tiles. But at the end, when you have a floor, you have both: tiles and joints. The joints can get dirty and cannot keep the colour you want, even with cement tiles and their narrow joints.” 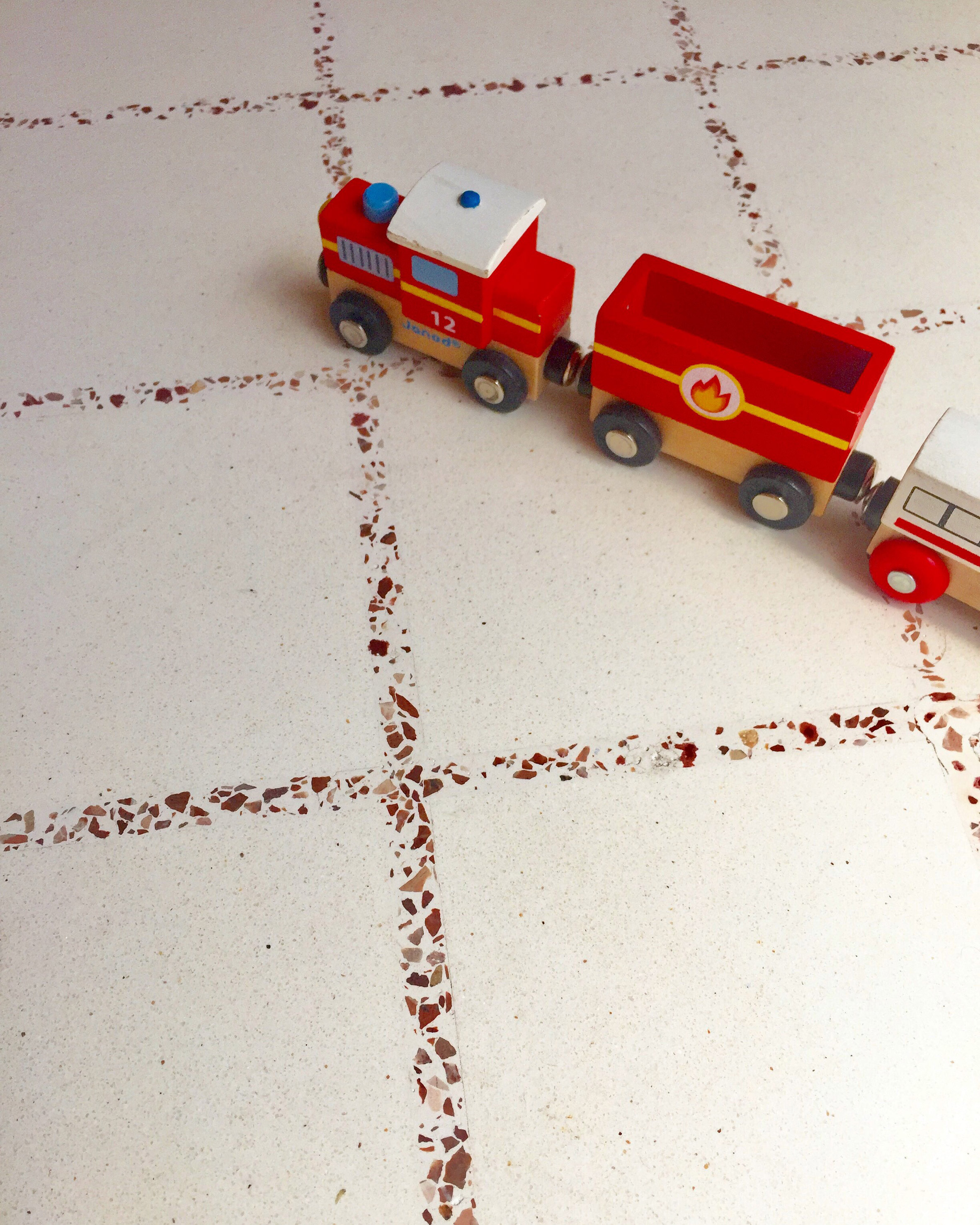 “I thought the best way to keep the joints ‘perfect’ was by polishing them. And to polish them, the grout has to be solid and executed very well. So Ted’A and me found this solution,” he added.

“In Barcelona we went beyond, and Ted’A had the brilliant idea of not using a standard aggregate but to instead smash up the old clay tiles and use them as aggregate.”

Huguet also manufactured the apartment’s cement washbasins, shower tray, and kitchen top, in order to create continuity throughout the interior. 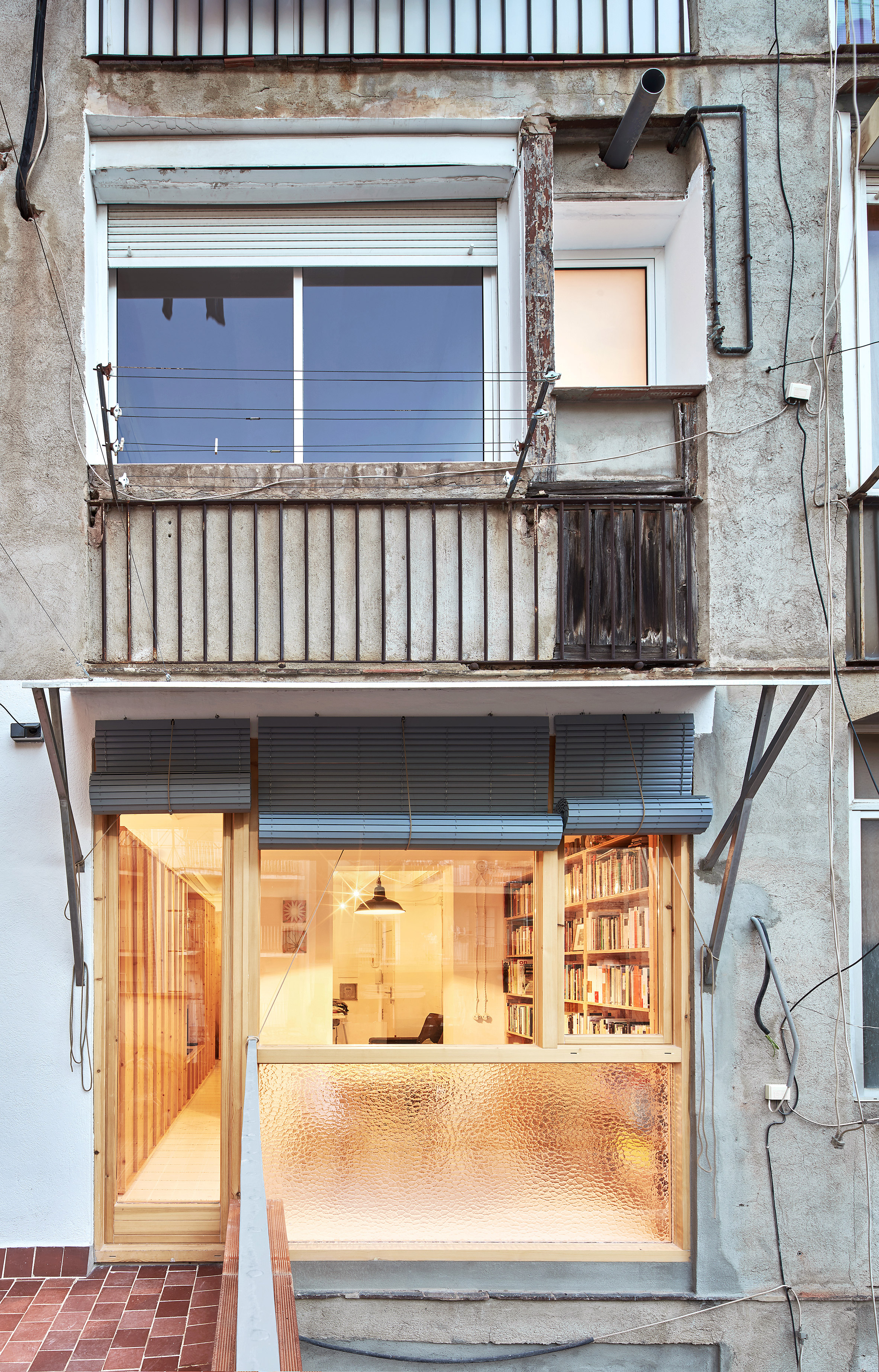 Terrazzo has made a big come back in recent years with an increasing number of projects featuring it.

Some other imaginative uses of the flecked material include a Greek island home on the Aegean coast with mint green terrazzo floors, and a collection of speckled furniture made from recycled ceramics.

The post Crushed tiles used to create terrazzo details in Laia and Biel’s House in Barcelona appeared first on Dezeen.