Francisco Sutherland Architects has slotted a timber structure containing a bathroom, mezzanine and wardrobes into a triplex apartment in London’s brutalist Barbican Estate. 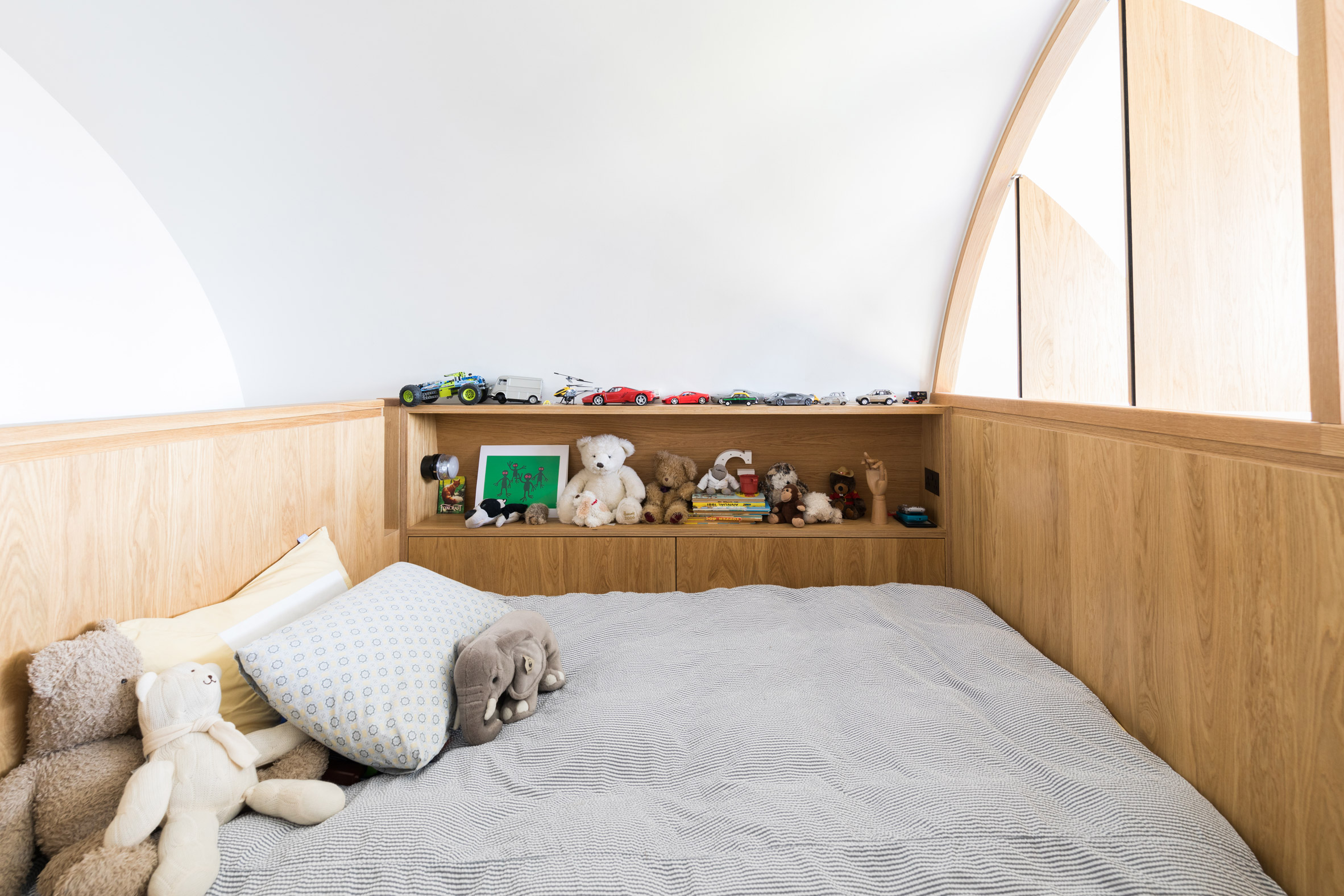 Located on the apartment’s double-height top-floor space, the bespoke oak-panelled structure sits next to the master bedroom, fitting snugly under the barrel-vaulted ceiling and taking up roughly half the floor space.

The intervention comprises a bedroom on the mezzanine platform, and a shower room and wardrobes that serve the adjoining master bedroom. 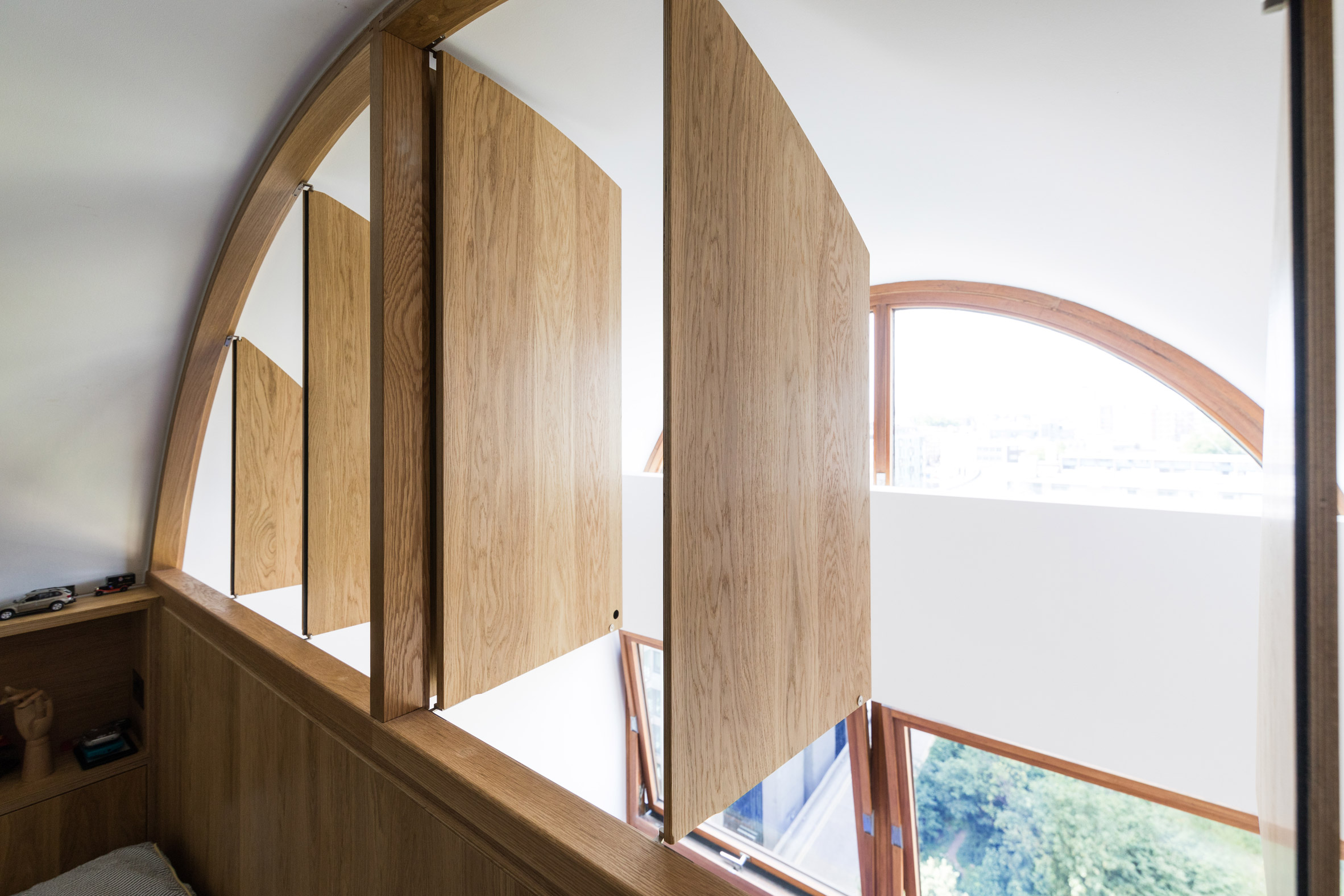 The flat, in the estate’s Bunyan Court, is an M3a type – a triplex, which spans the top fifth, sixth and seventh floors of the building. 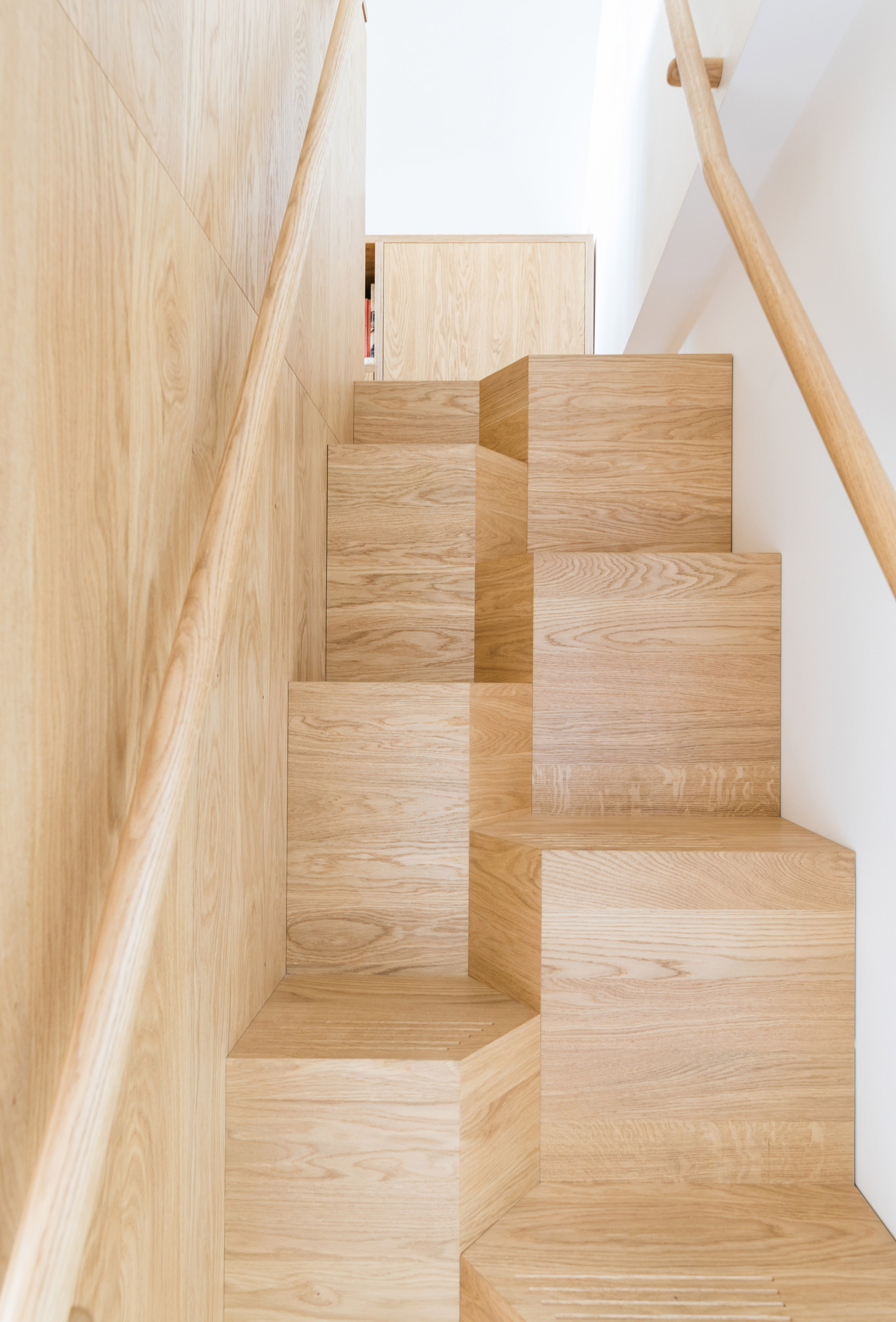 “The brief was for the design of a carefully crafted piece of furniture,” explained Francisco Sutherland. “The design was based on the idea of a room within a room as well as a lived-in piece of furniture: a multifunctional object occupying a larger space.” 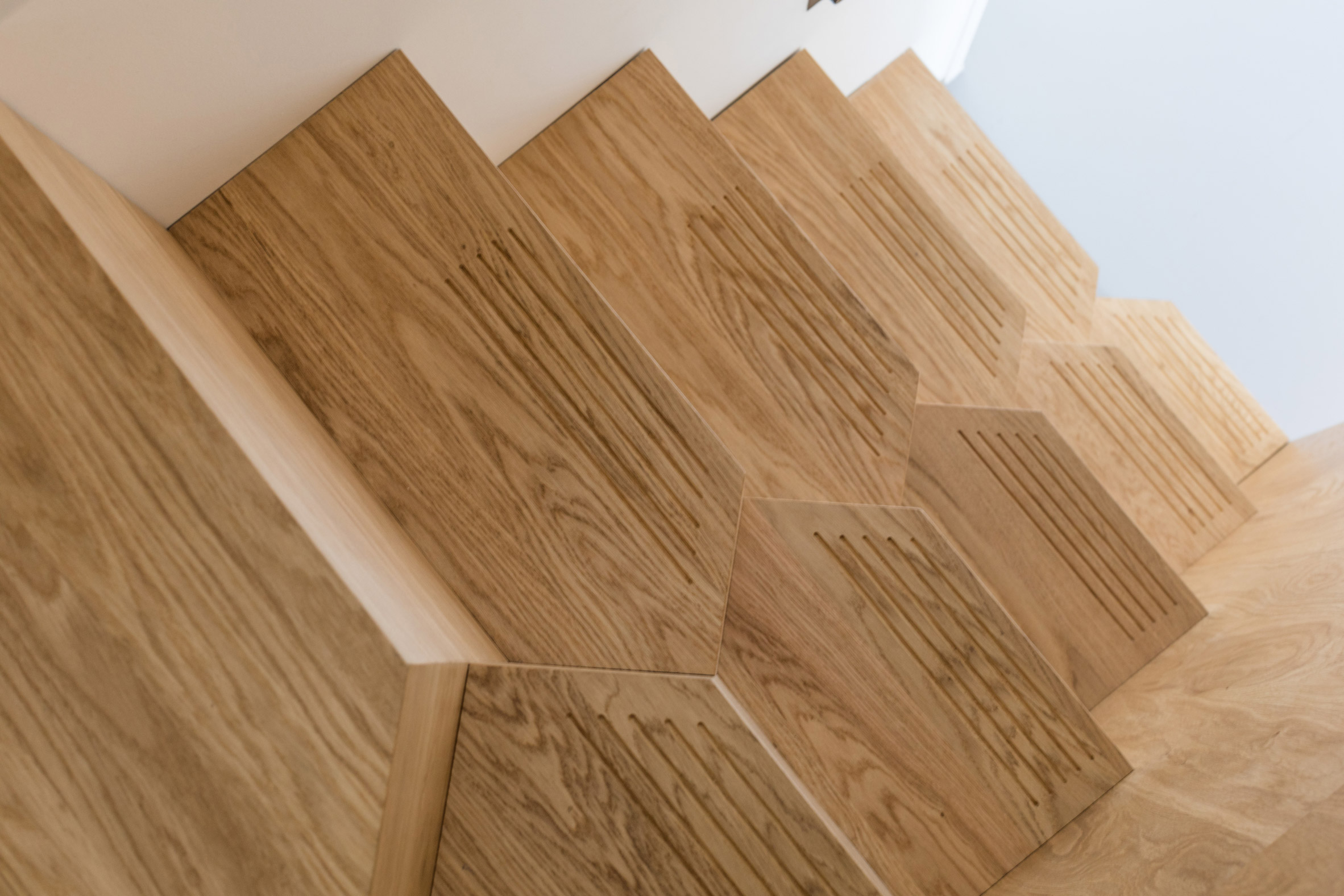 The structure is made using plywood panels with a birch core and four-millimetre oak veneers on both sides. Oak was chosen to contrast with the hardwood used on the main existing staircase.

A bedroom located on the mezzanine level is lined with a series of shutters that open onto the other bedroom below. 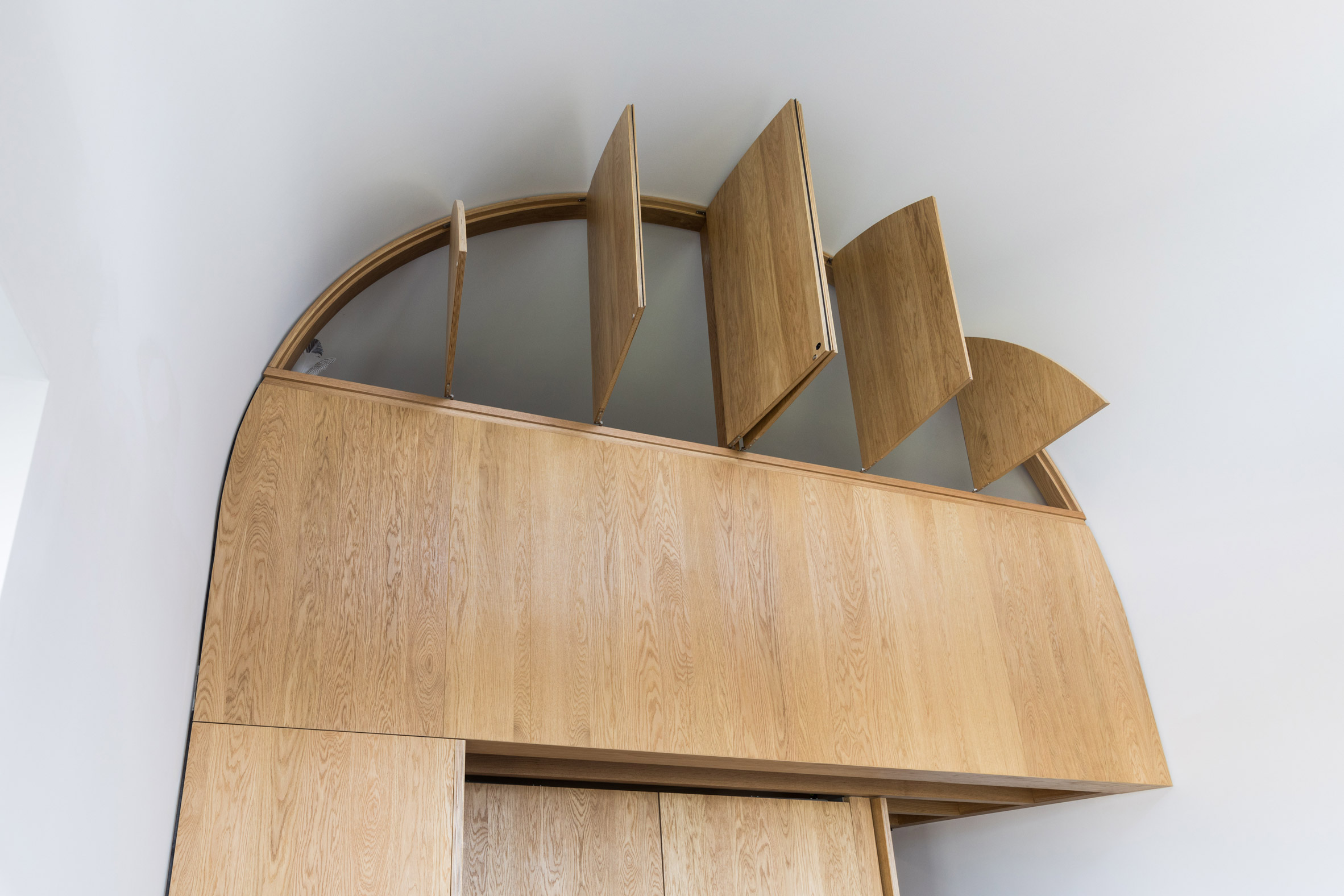 “Storage and shutters were carefully integrated into the design of the upper platform and follow the curve of the ceiling as well as the original window detail,” said Sutherland. 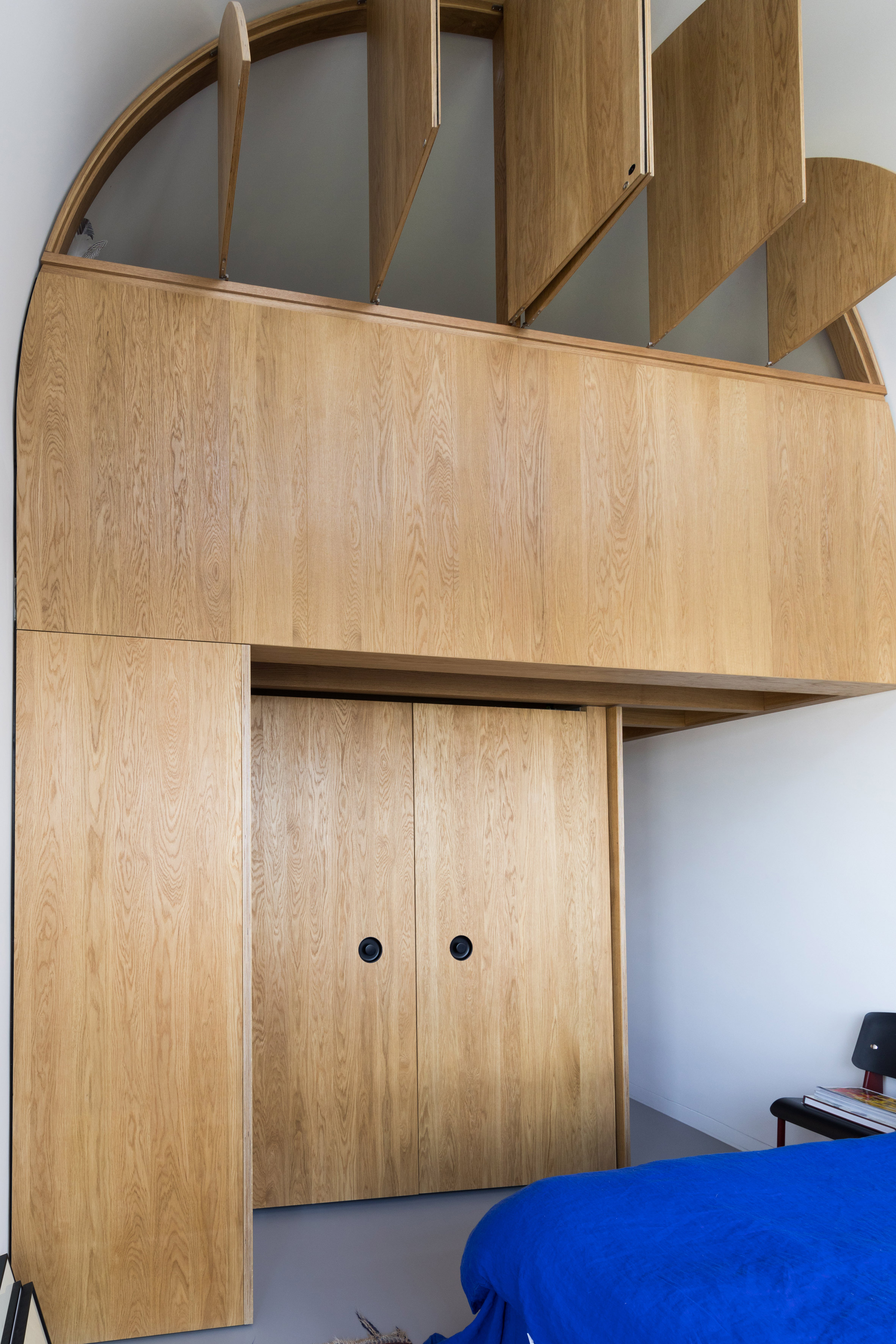 On the structure’s lower level, sandwiched between the stairs and bedroom wardrobes, the bathroom is carefully coordinated with the existing services. 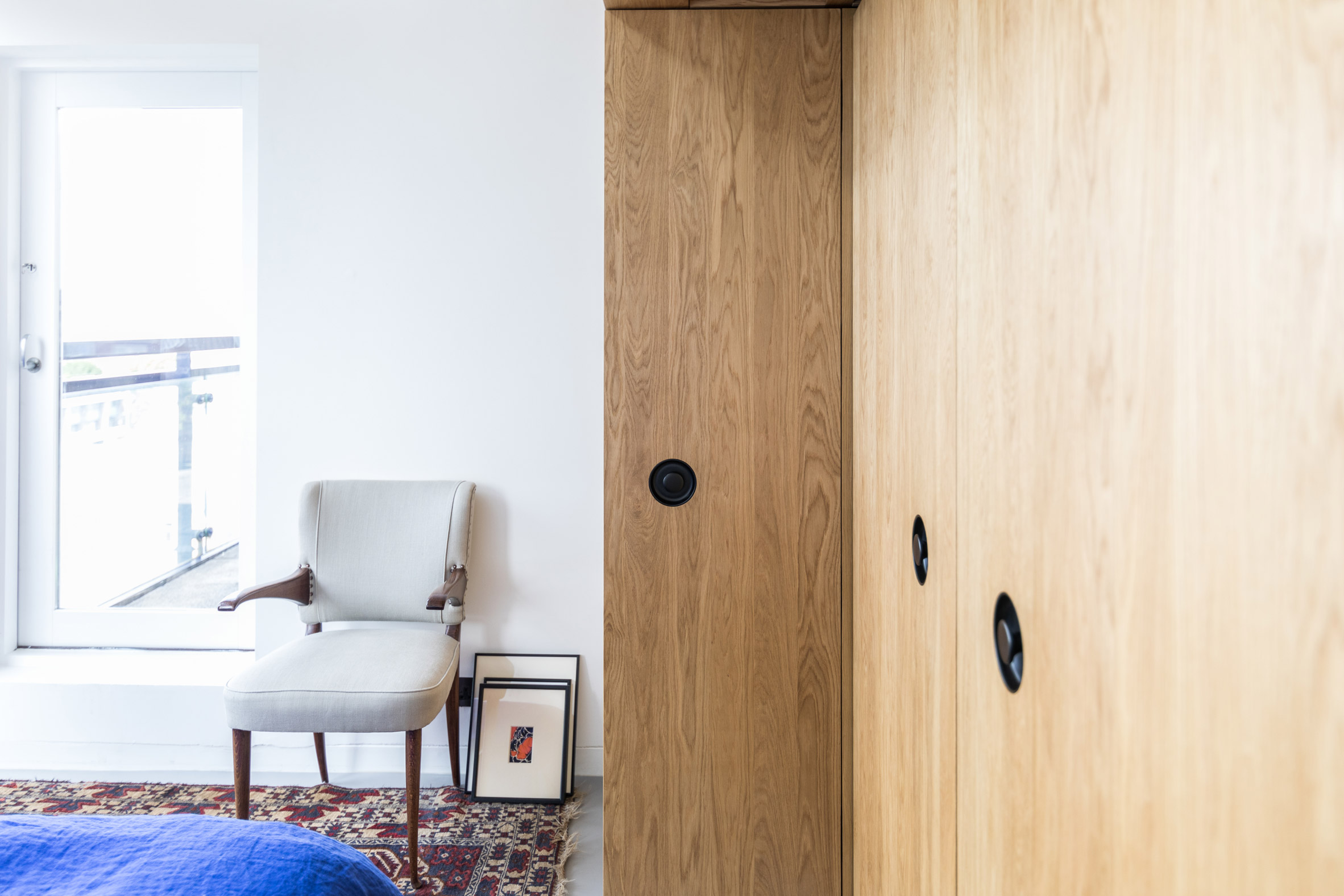 Lined with oak panels around the top of the walls and white panelling around the base, the bathroom features extra storage space and a bespoke shower tray.

Completed in 1972, Bunyan Court is one of the blocks that forms the grade-II listed Barbican Estate – one of the most well-known examples of brutalist architecture in London. 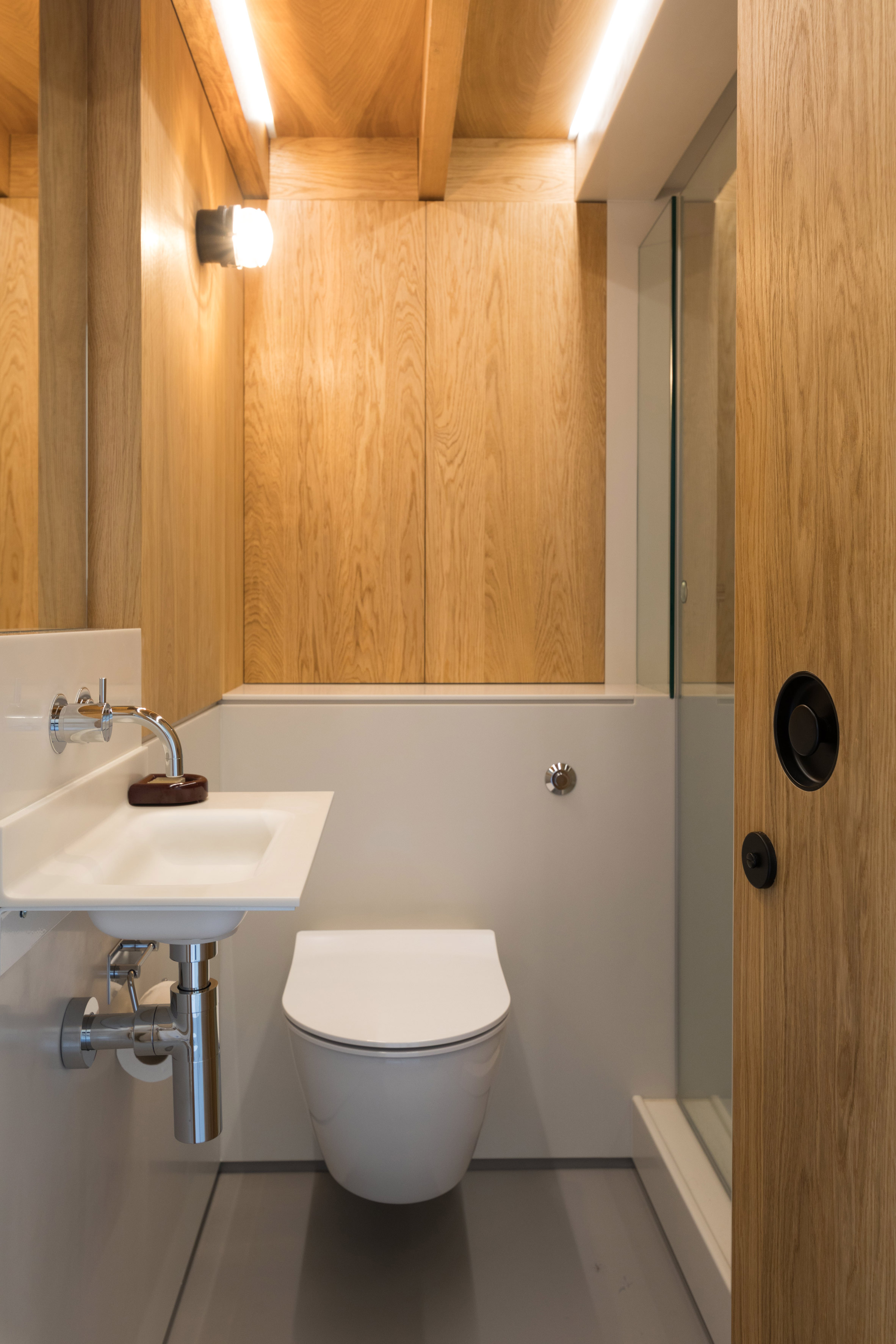 Many architects and designers have overhauled apartments within the Barbican, including another triplex apartment by Emulsion, and a one-bedroom with Missoni-inspired carpet and custom-made furniture by Azman Architects.

Photography is by Anton Rodriguez. 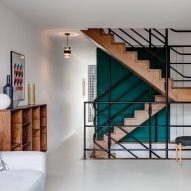