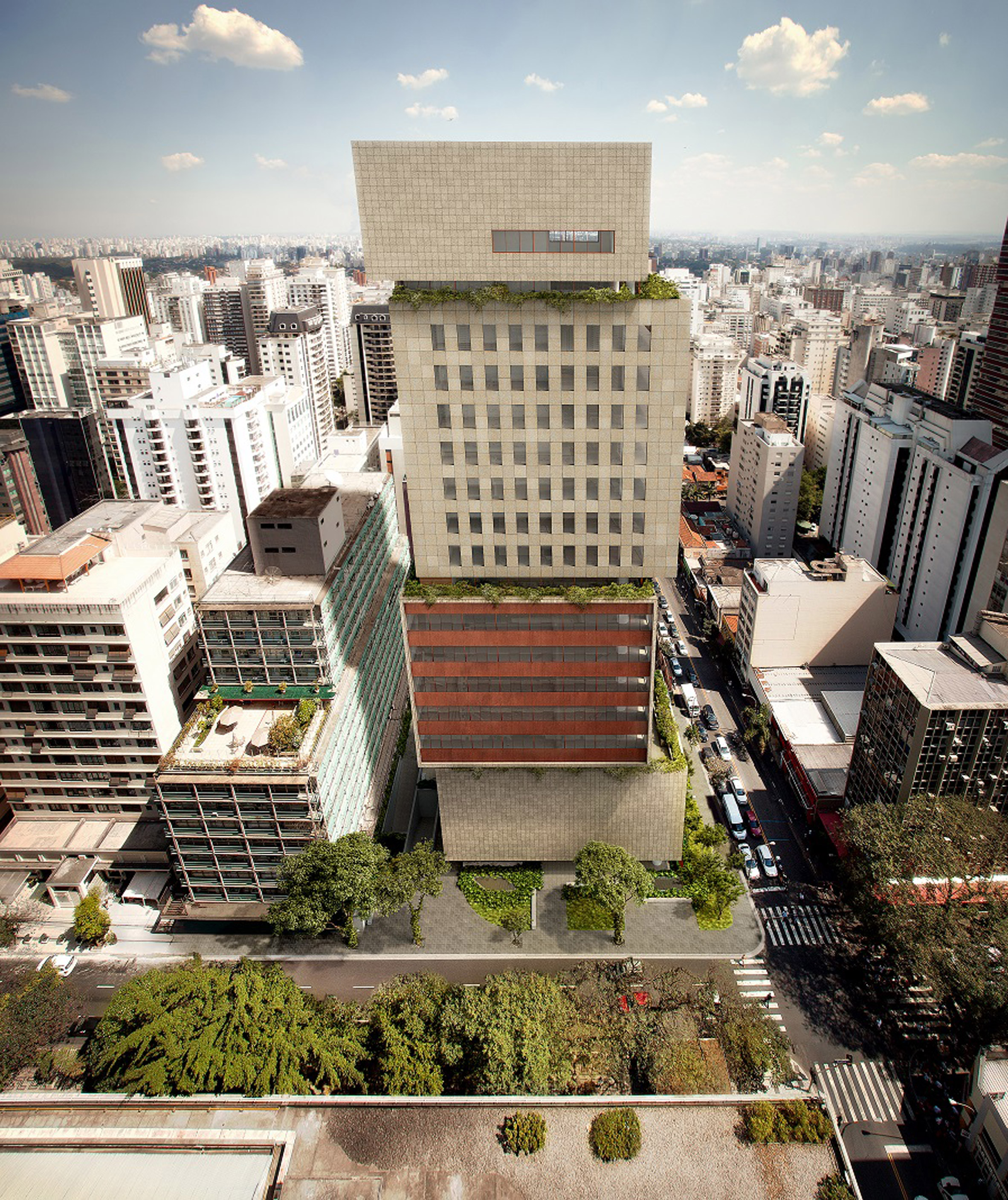 Construction is already underway on Weinfeld‘s mixed use tower, which is positioned in the city’s Jardins area just one block from the main avenue – Avenida Paulista. It was designed for São Paulo-based real estate developer Reud.

The quartzite tile-clad tower, which has been under construction since 2014, houses offices as well as a 230-seat theatre, restaurant, bar and cafe. 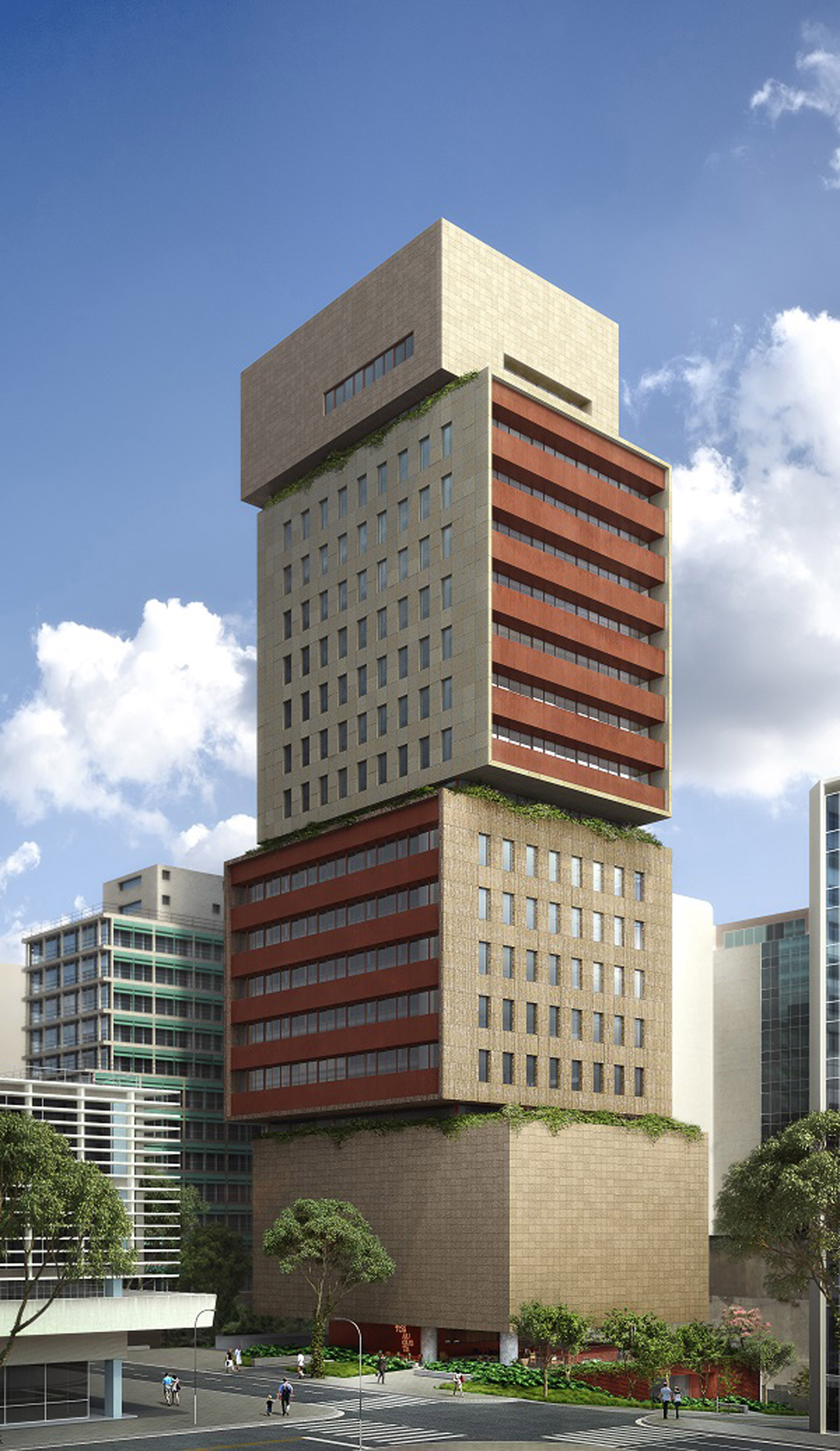 The four varying volumes that make up the tower each provide different sized floor plates that range from 450 to 594 square metres.

On the floors where the volumes meet and overlap – the fourth, 10th and 18th – Weinfeld has created plant-lined balconies, while tree-dotted public space circles the tower’s base. 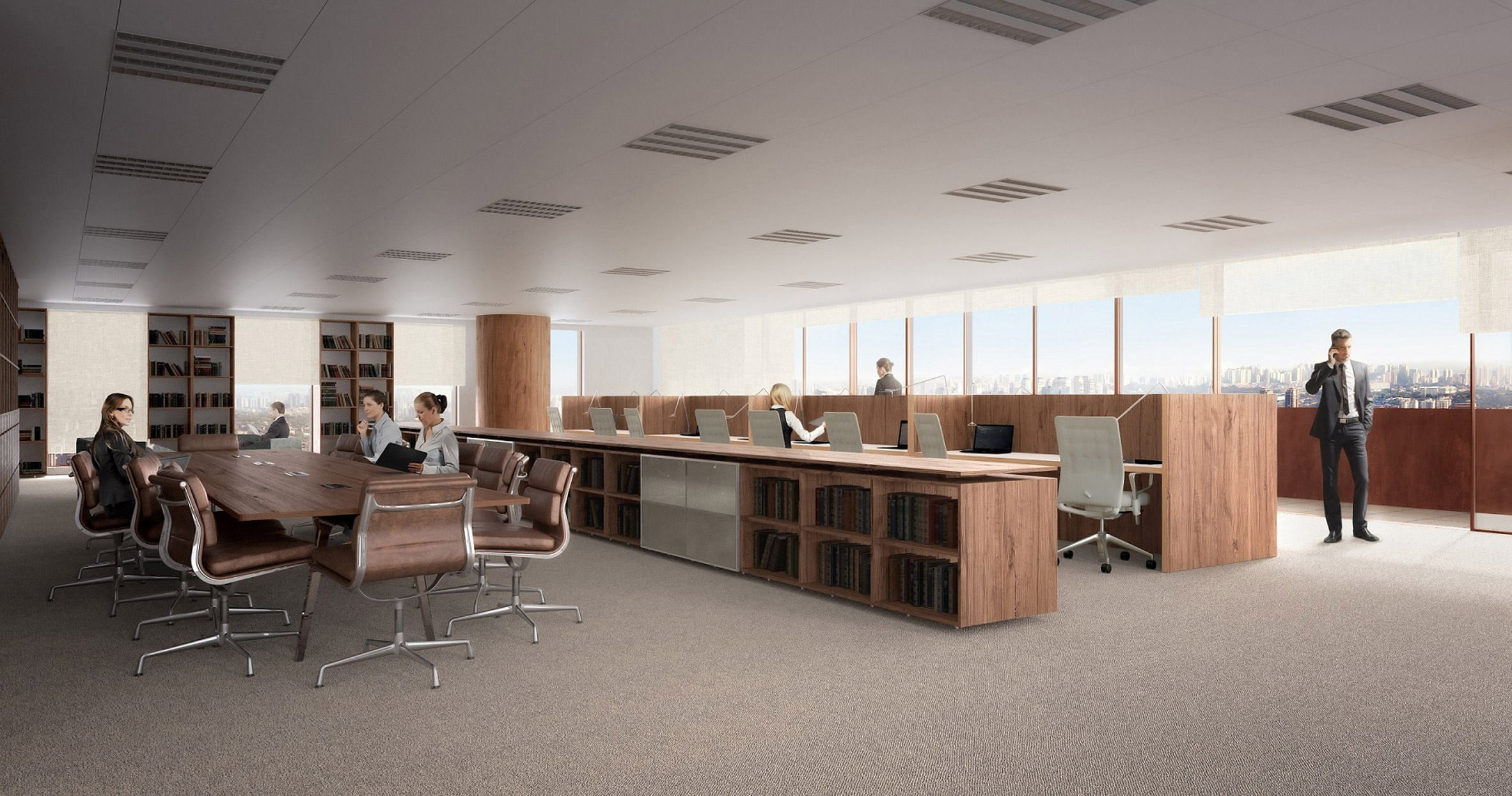 “Such a configuration reflects an independence and a difference between volumes, still giving an impression that they are floating,” said the developers.

The building is elevated off the ground by a series of columns and the central elevator shaft, which accessed beyond reception and provides access to the offices. A set of stairs leads to the theatre. 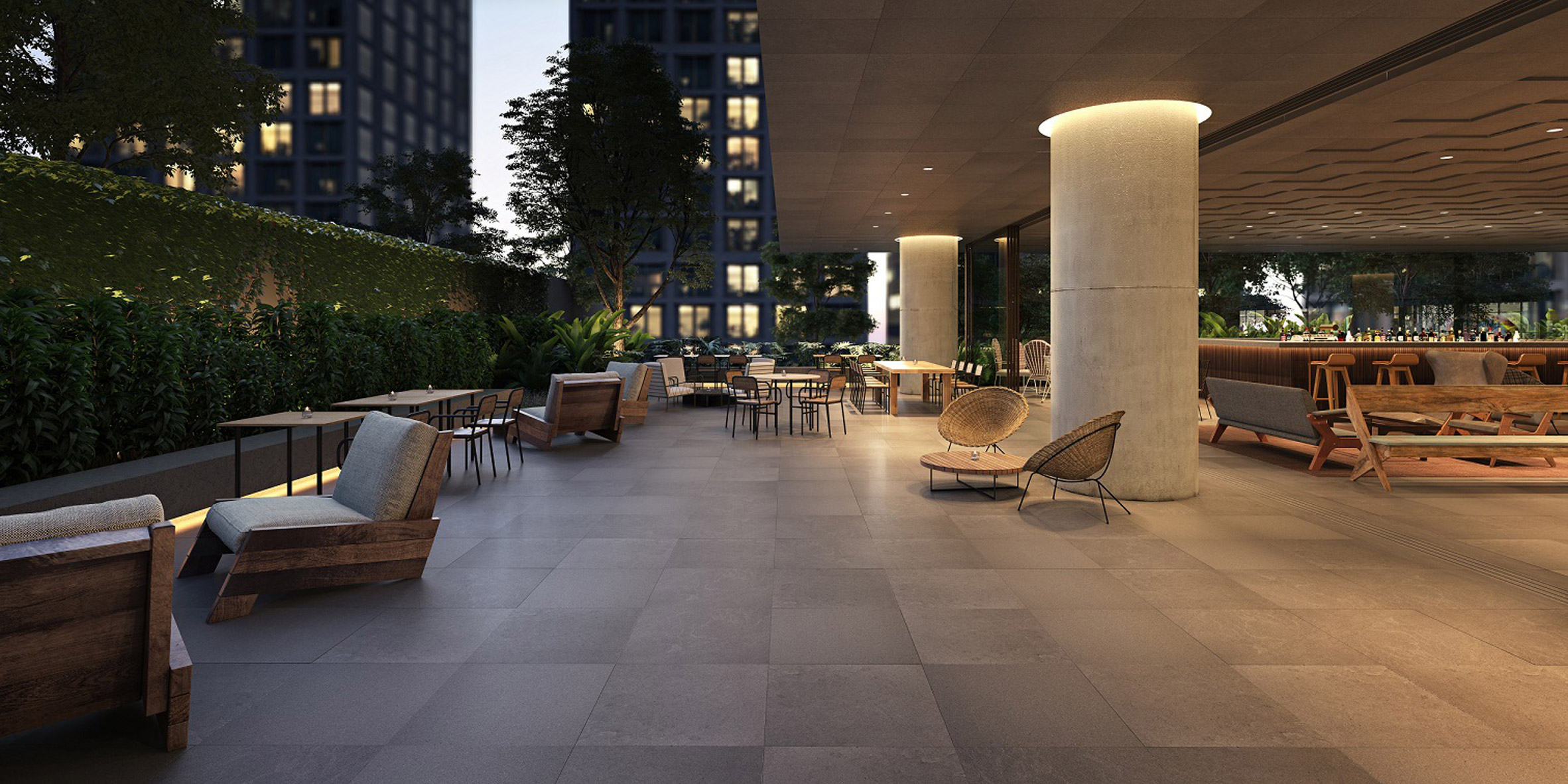 The tower’s second and third volumes, which house floors five to nine and floors 11 to 17 respectively, are reserved exclusively for offices.

The smaller fourth volume, which features only two horizontal strips of glazing, is houses a duplex office that occupies the building’s 18th and 19th floors. 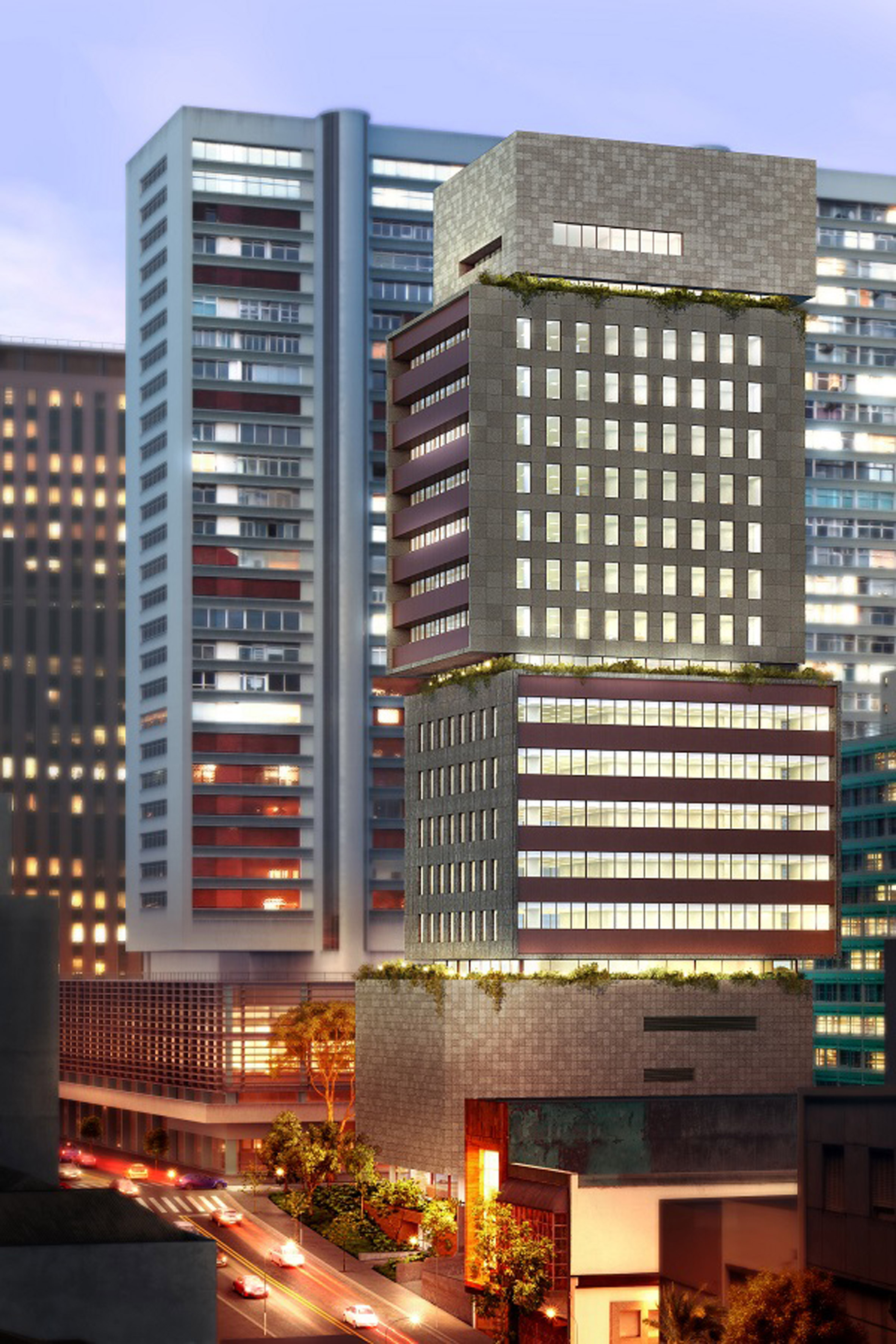 A 229-space parking lot for staff and visitors sits across three floors below the building.

Weinfeld, who’s offices are based in the city, previously designed an apartment block comprising a similar stacked-block formation for São Paulo. His studio is also working on a number of projects in the US, including The Four Seasons restaurant in New York and the conversion of Miami’s The Shore Club into a luxury complex with condominiums, hotel rooms and poolside bungalows.