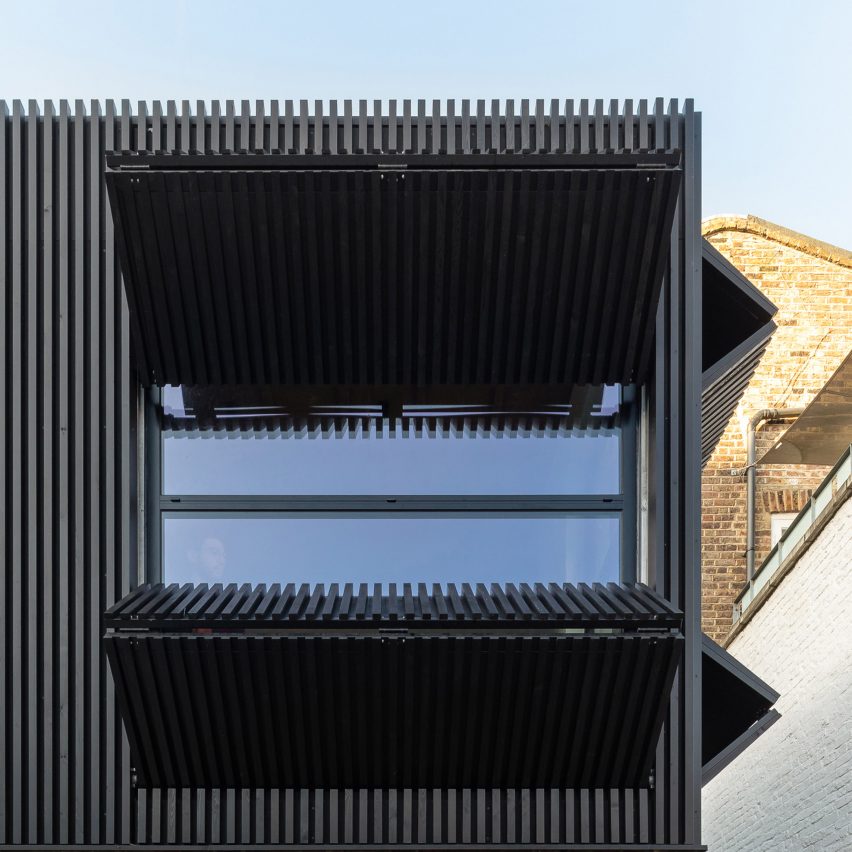 MATA Architects has added a timber-clad extension to a house in north London, with windows concealed behind large shutters that can be opened using mechanical winches.

The London architecture studio extended the ground floor of the mid-terrace Victorian property in Islington, replacing a first-floor conservatory with a home office that doubles as a guest bedroom. 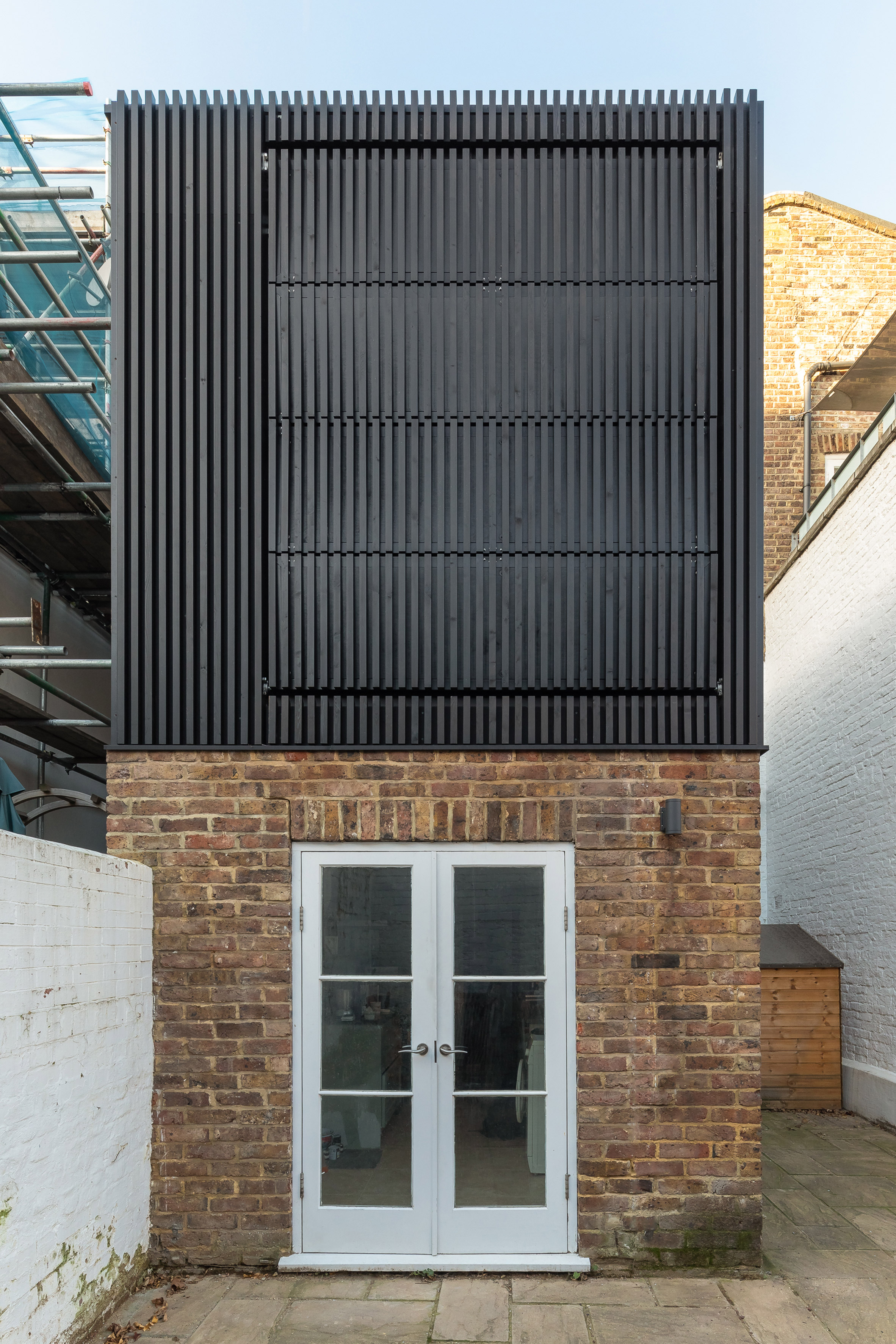 MATA Architects‘ design is a response to the conditions of the dense urban site, which is surrounded and overlooked by neighbours on multiple sides.

The solution to this typical London extension condundrom was to incorporate movable sections into the facades that perform several functions. Shutters provide privacy, security and shade while retaining opportunities for views and natural daylight. 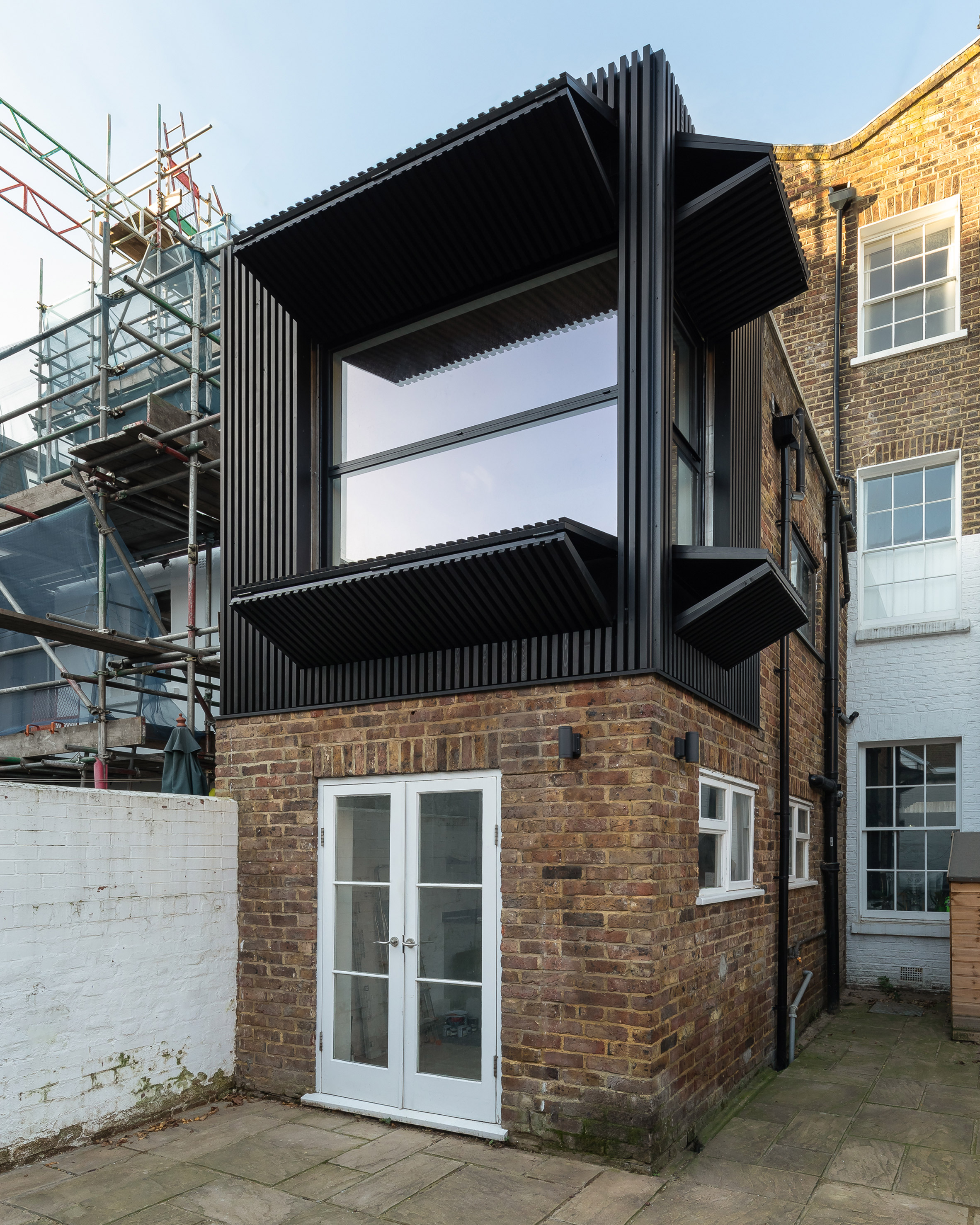 “This is a small and seemingly simple first-floor extension conceived as a ‘reconfigurable box’ – both internally and externally,” explained MATA Architects director, Dan Marks.

“The triumph, for us, is that this simplicity succeeds in concealing so much precision engineering that is packed into the box.” 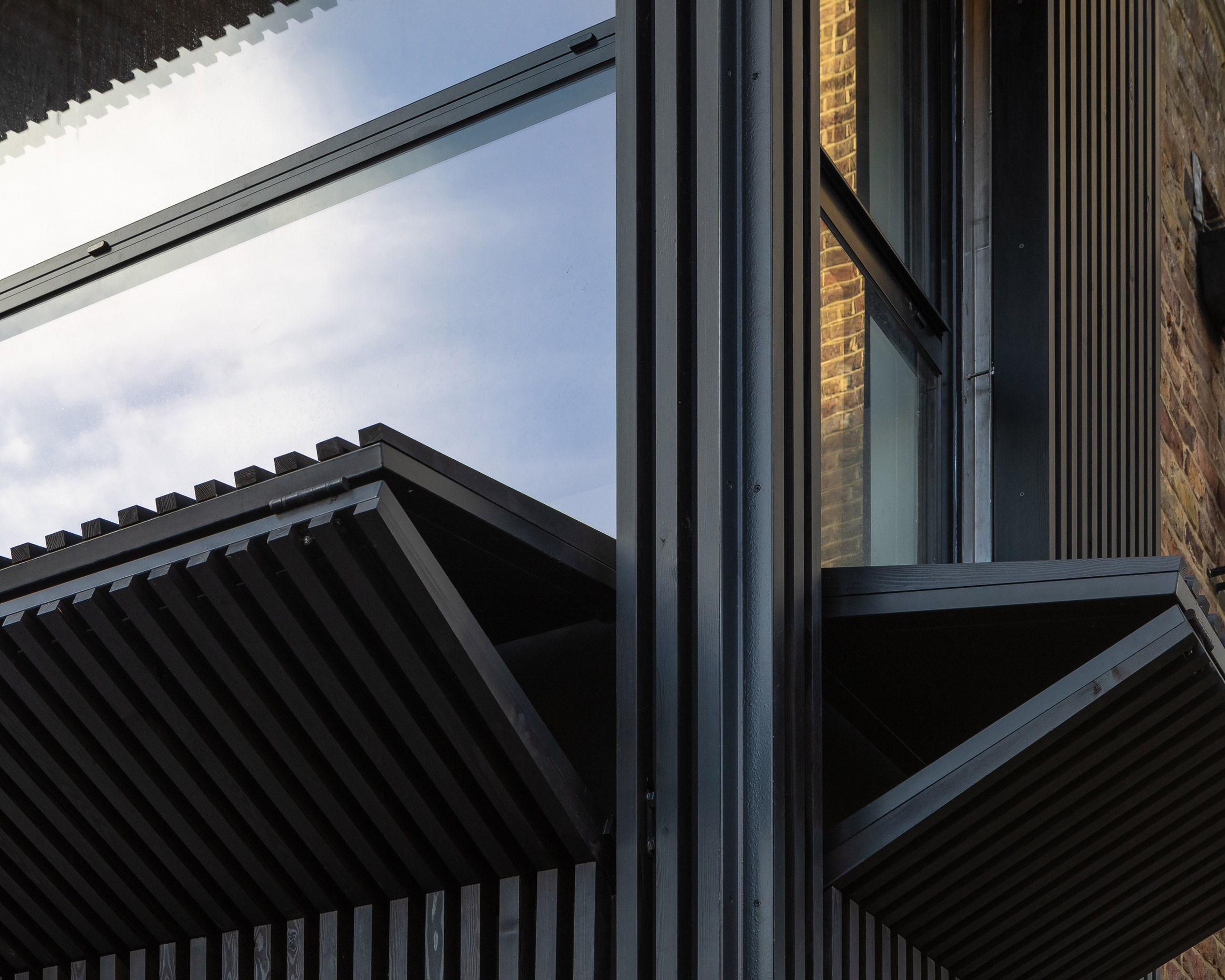 The architects oversaw a planning application for the entire project that reflects the house’s setting within a conservation area.

Stained Siberian larch contrasts with the yellow London stock brick. The surfaces wrapped in vertical timber batons incorporate two bespoke counterbalanced shutters that are manually operated using marine-grade brake winches on either side of the windows. 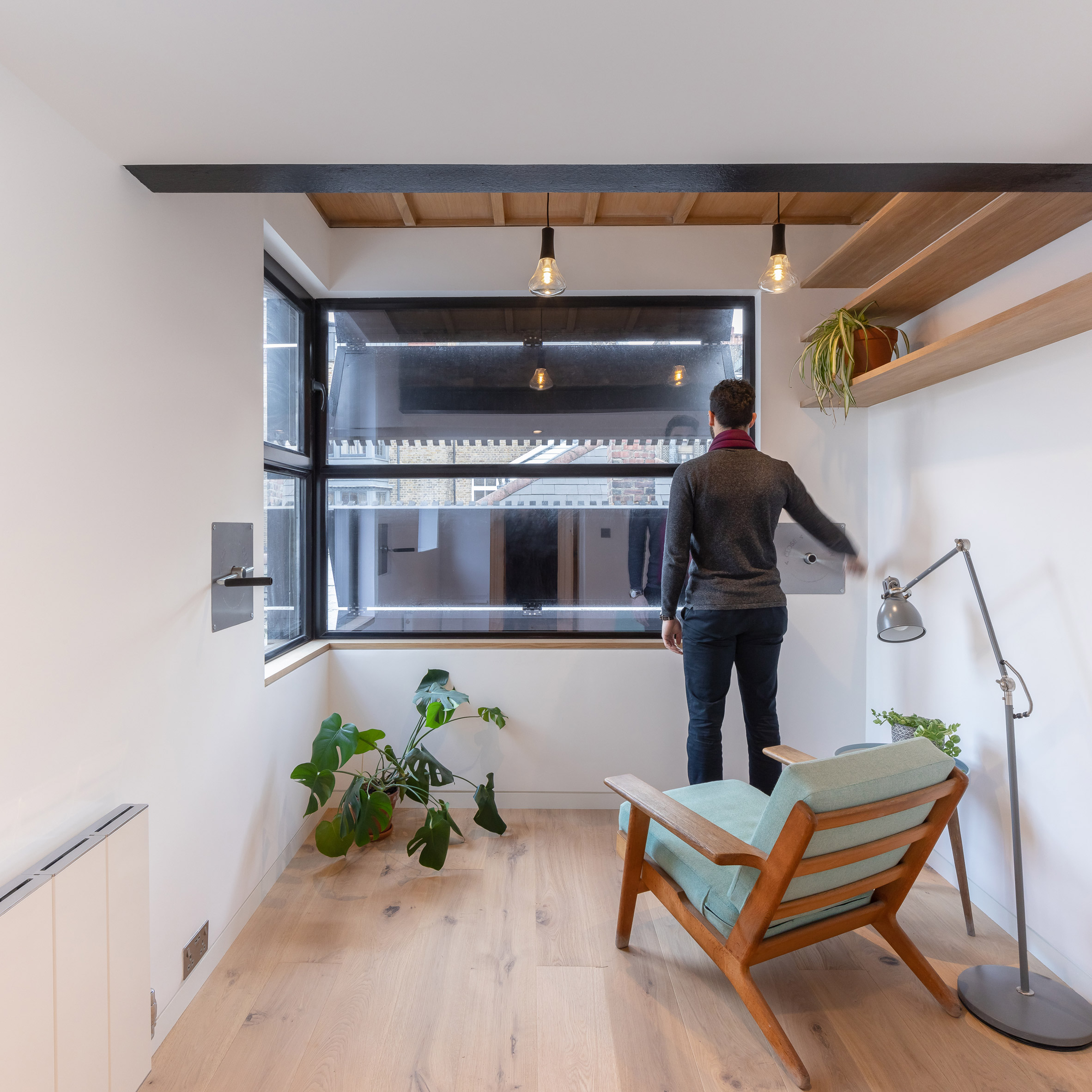 A self-locking mechanisms allow the occupants to accurately control the shutters and ensure they can be safely held open at any point. Six rotations of the winch transform the shutters from fully closed to fully open.

The shutters allow for multiple configurations of the box’s elevations. When fully open they form overhangs that protect the windows from direct solar gain, and when closed they disappear into the ribbed outer surfaces. 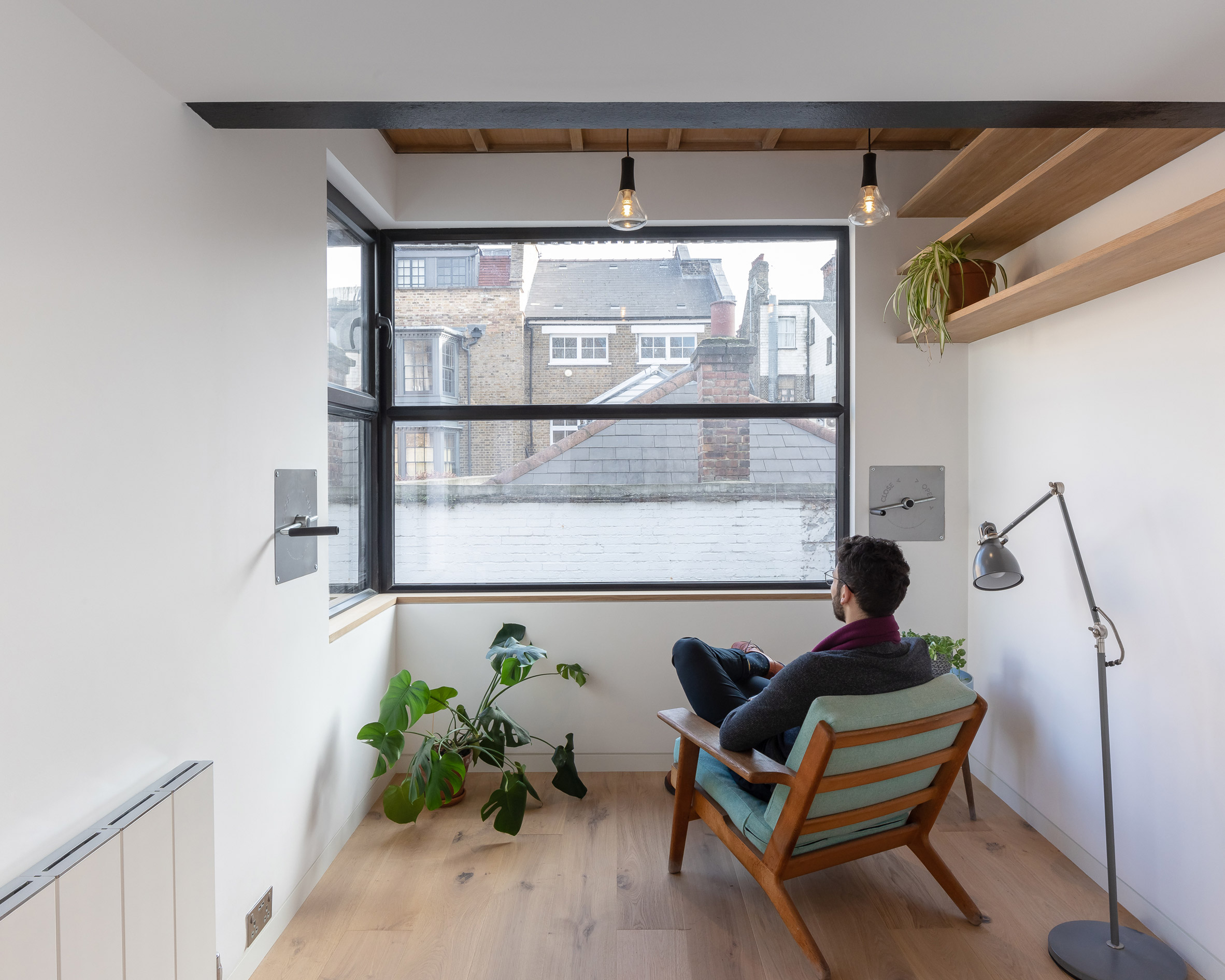 Internally, the simple space features a ceiling with exposed oak joists that matches the built-in shelving, door frames and window sills. The corner windows look out onto an urban view of neighbouring houses and gardens. 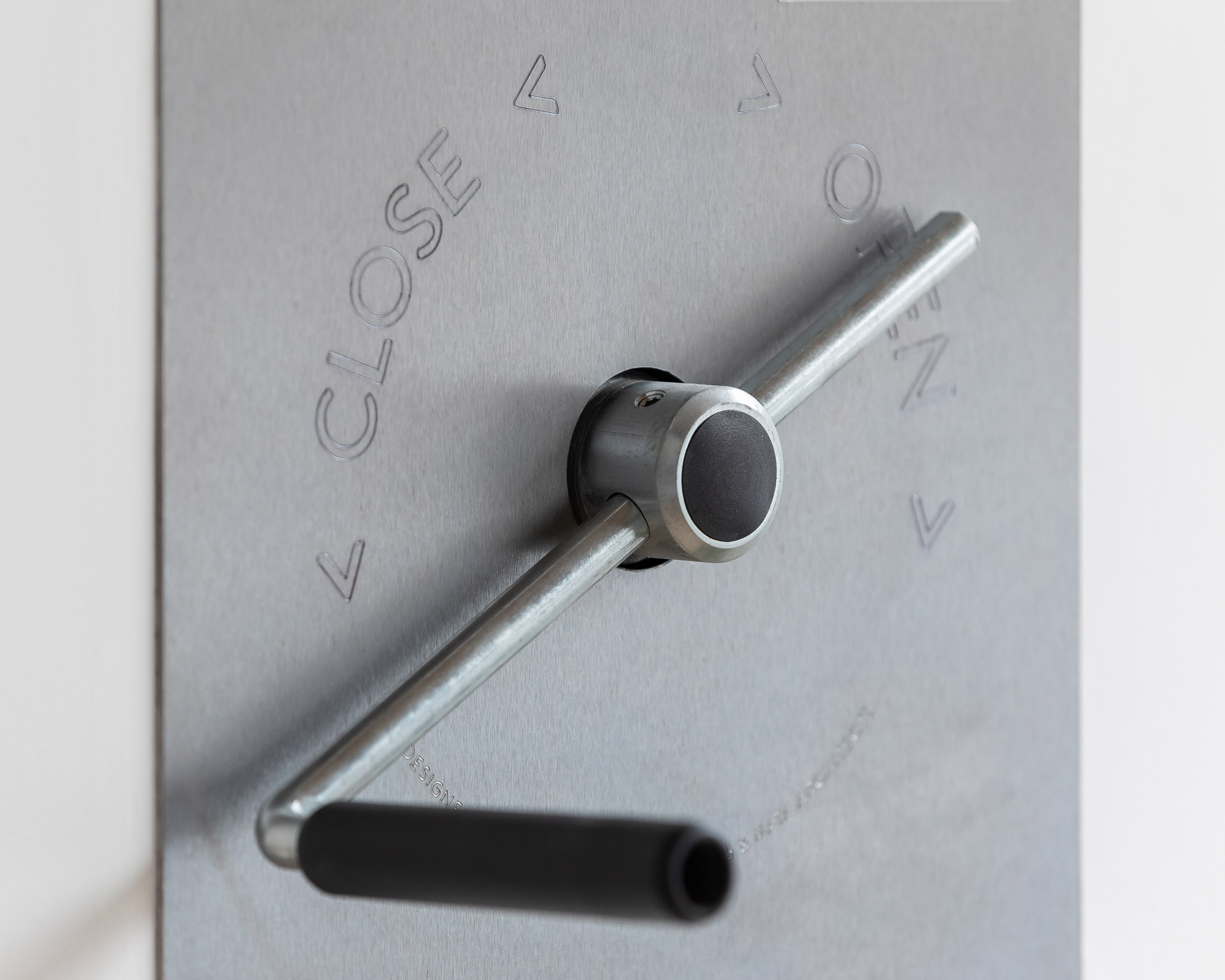 The room also features built-in storage and a compact en suite bathroom with a reeded-glass door that allows daylight to enter its white-tiled interior.