There are barely any clothes in this minimal fashion boutique in São Paulo, which local firm MNMA Studio has expanded with a glass-fronted corridor to join its two sides. 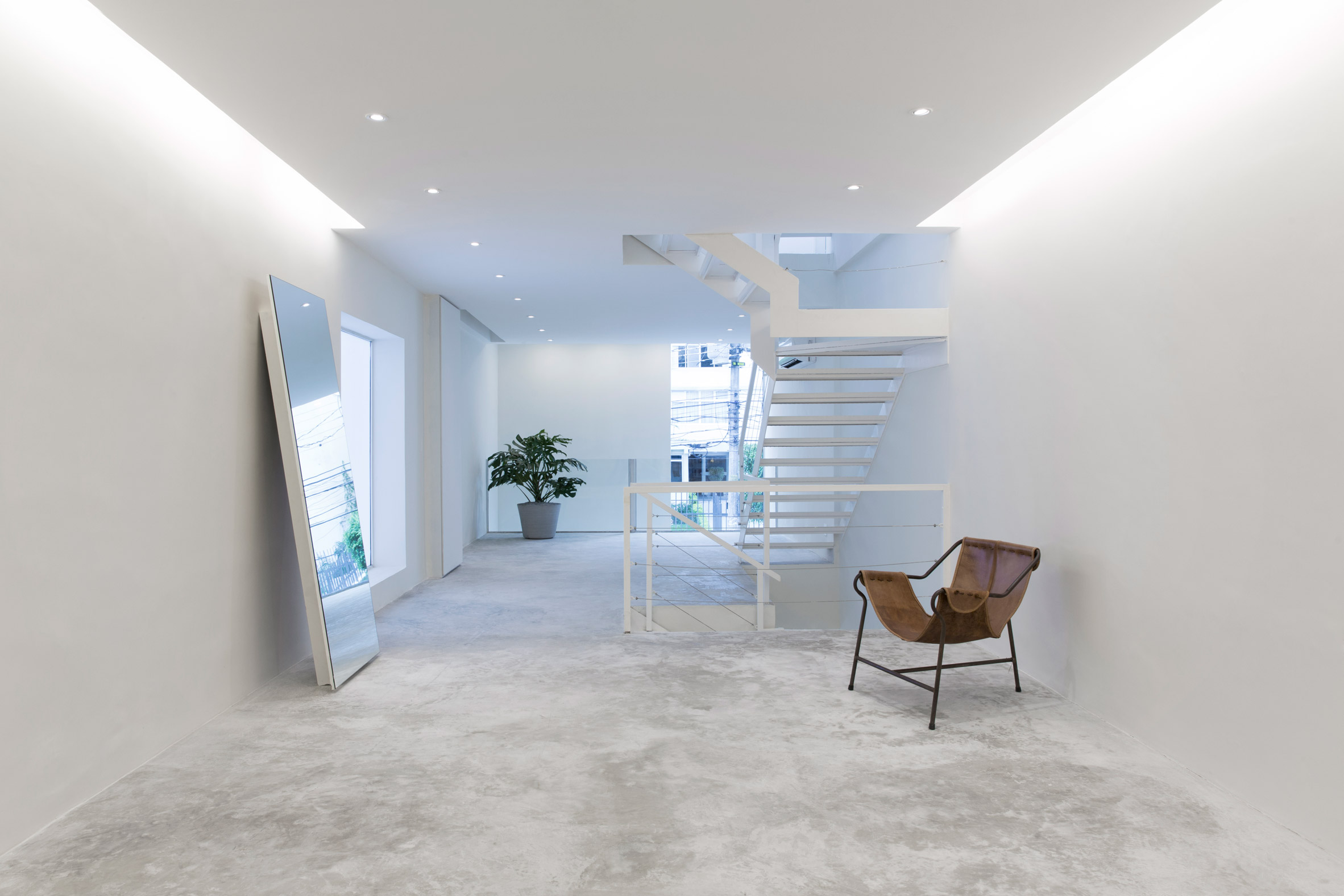 The street is a popular retail destination, as it runs along the city’s iconic Iguatemi shopping centre, the expansive Pinheiros Sport Club, and its upscale neighbourhoods. 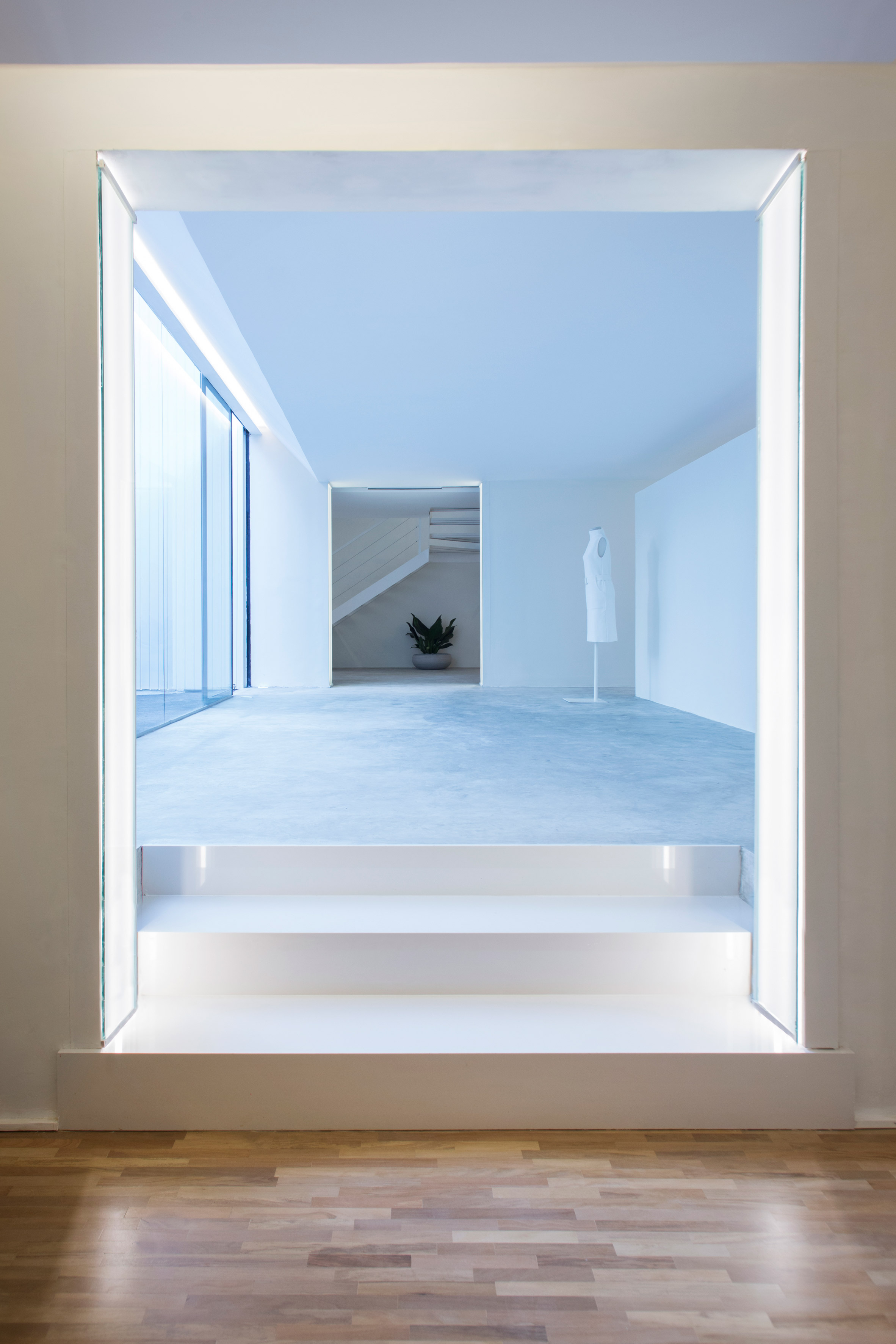 Egrey was previously divided between a three-storey structure and a two-storey building on either side of an alleyway. 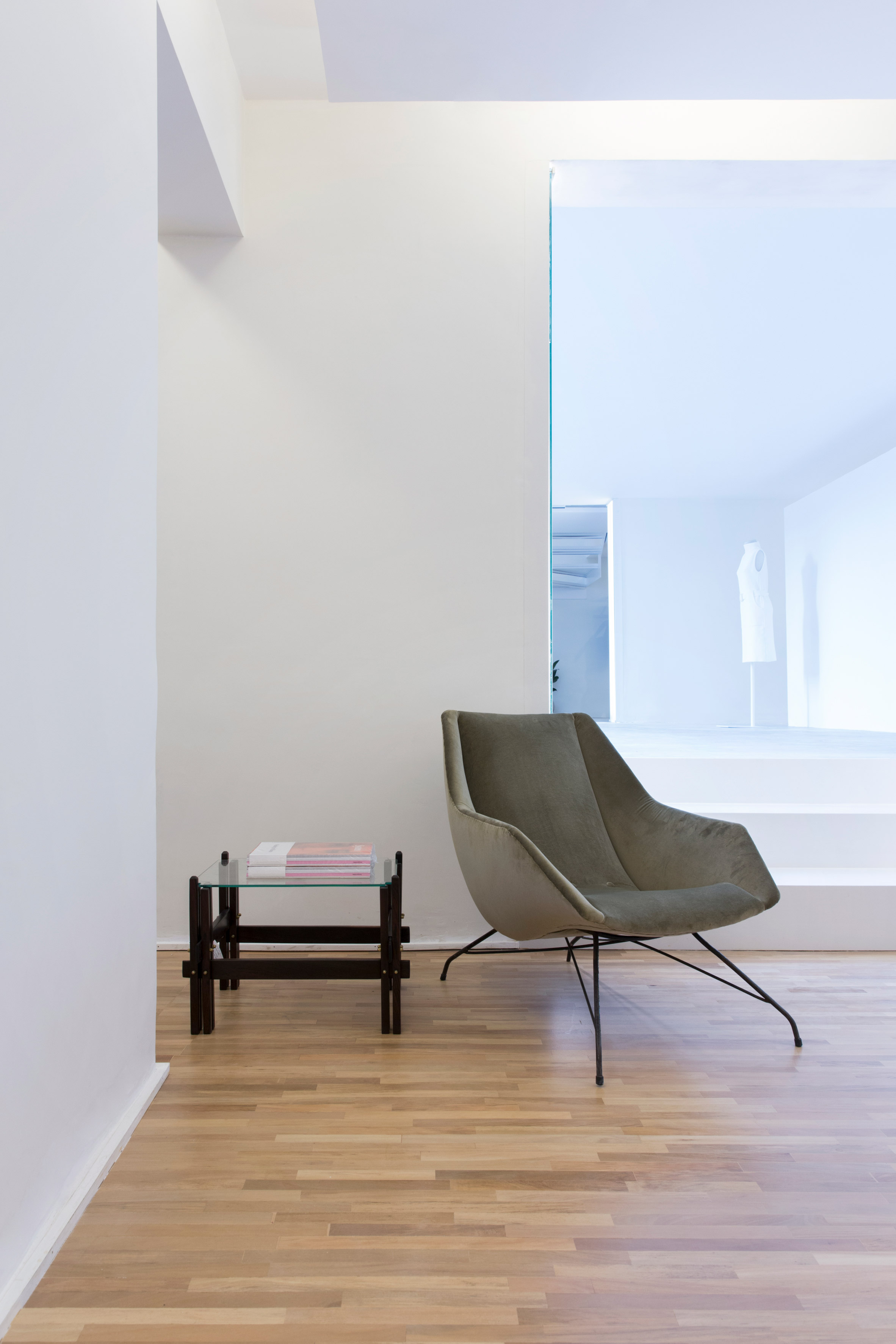 The Brazilian architects joined the two with a single-storey volume that is fully glazed along its street-facing facade.

In this connecting space, a single white dress is displayed on a mannequin within the equally stark room. 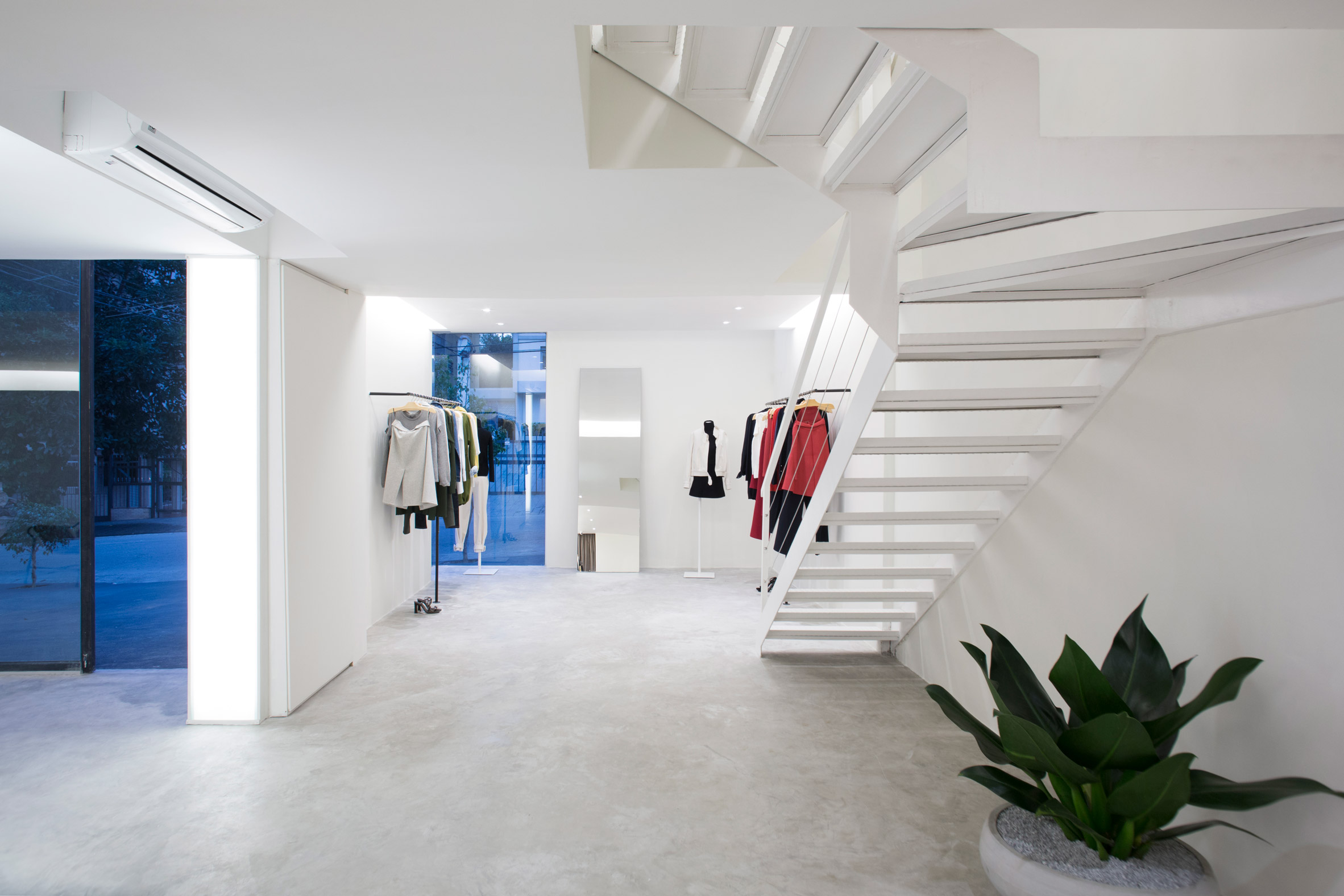 “Connecting both volumes, there is a translucent attachment that allows the entrance of natural light, thus creating an inner atmosphere with the sensation of the passage of time by the variation of the light itself,” said MNMA Studio. 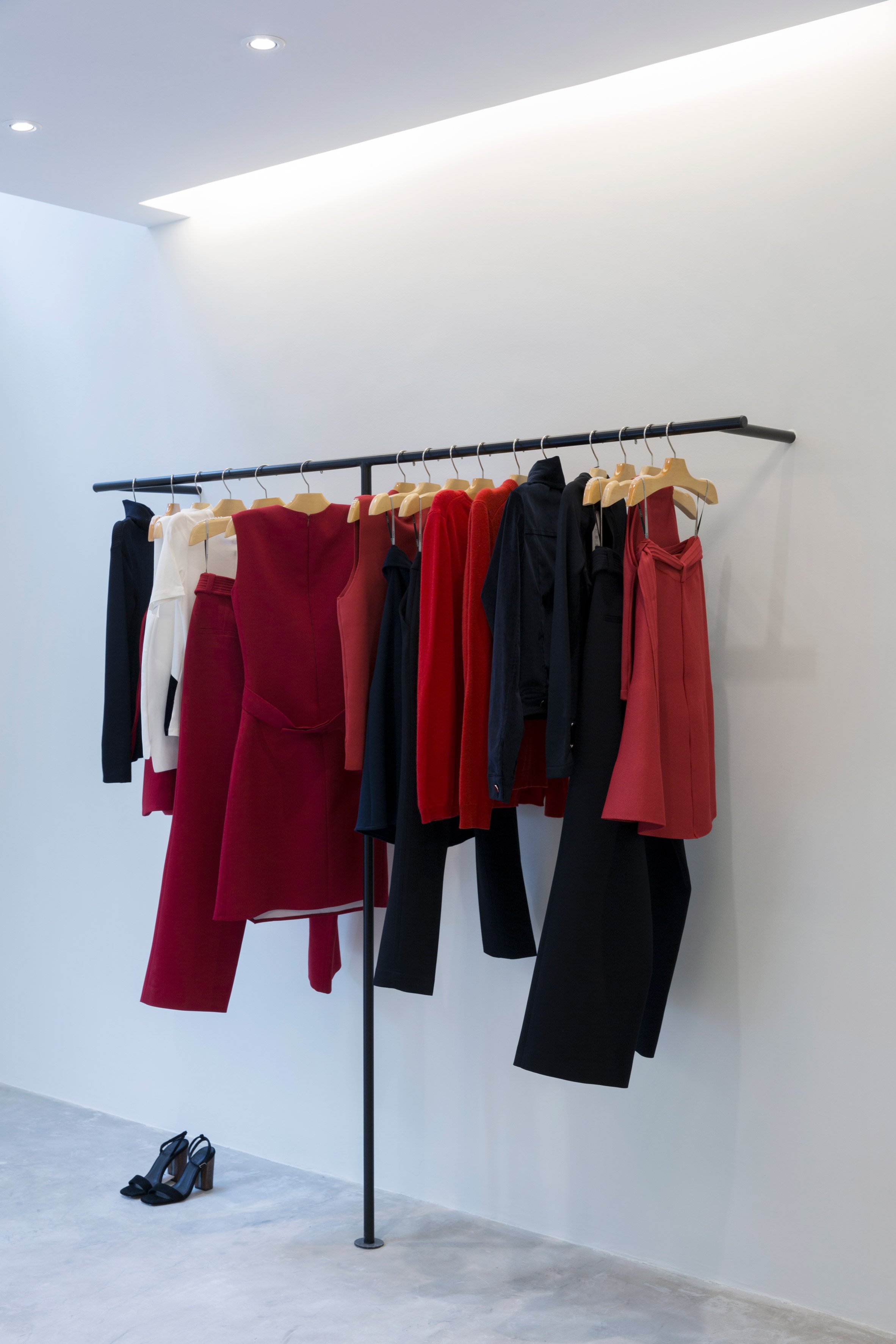 The taller building to the left was reclad in white plastic to match its neighbour, bringing cohesion to the exterior. The team also resurfaced the sidewalk and a portion of remaining alleyway to make the store seem more inviting to passersby.

“The main point of contact between the interior of the store and the outside environment is its sidewalk, which has been transformed into a large continuous plane,” said the studio. 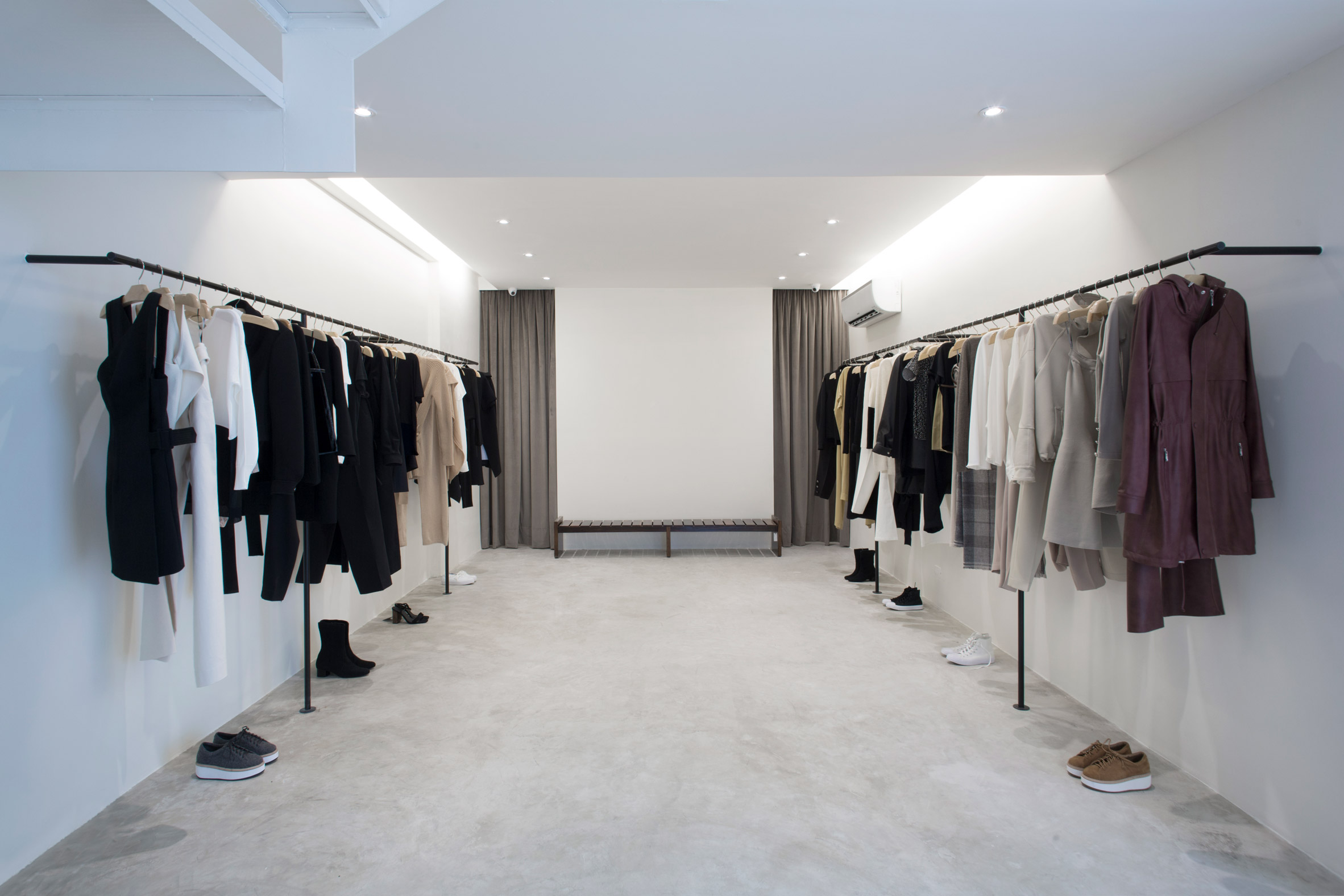 White walls and polished concrete flooring are found throughout the interior. Cove lighting hidden in the ceiling washes the surfaces with light, adding to the generous amount of daylight entering through large windows. 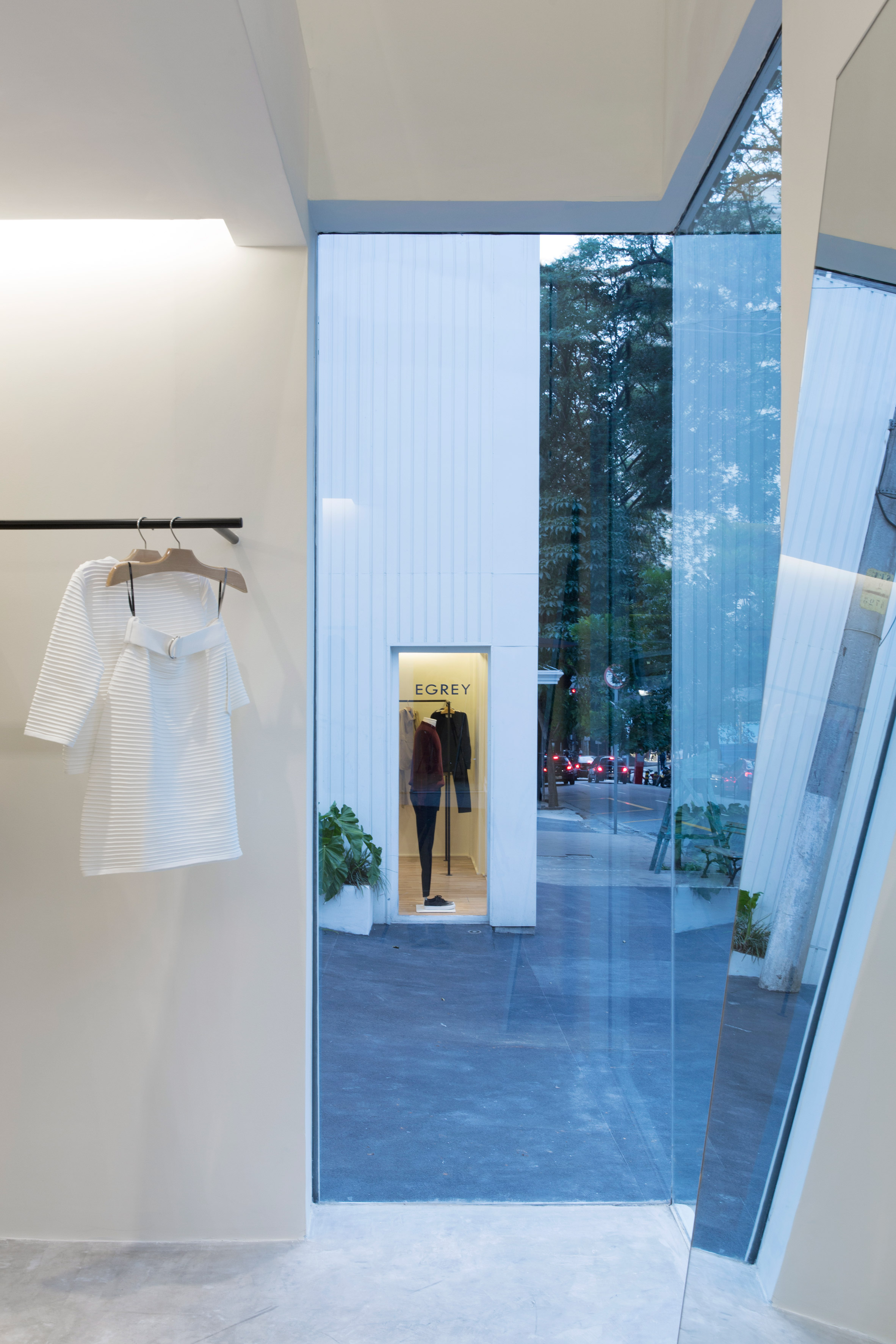 Some of the retail spaces are as minimally populated as the corridor, with just one or two garments displayed on thin black rails.

Other rooms have much more stock on show, with muted-coloured clothing and accessories presented along their walls. 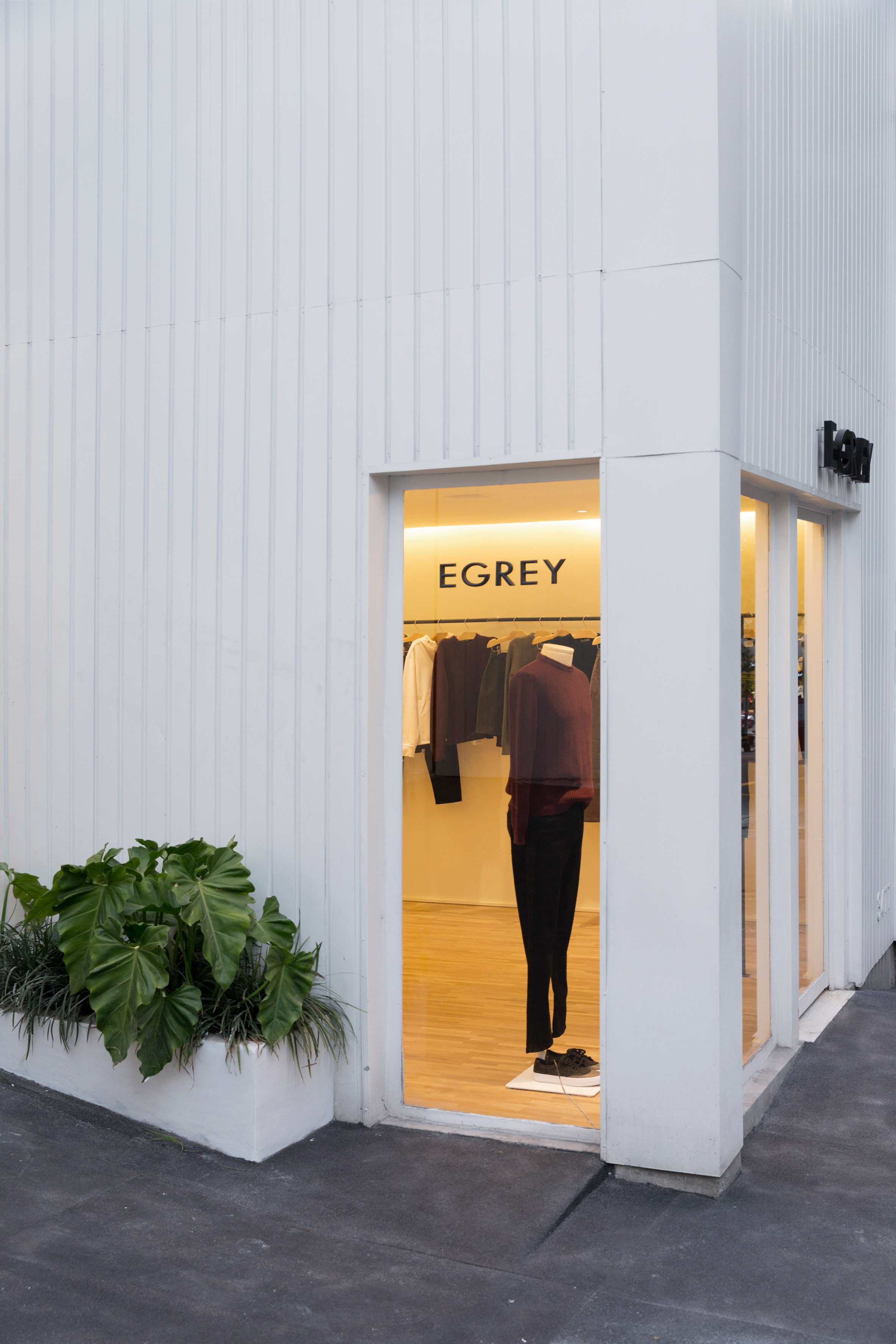 Furniture such as lounge chairs, coffee tables, freestanding mirrors, and plant pots are peppered across the otherwise empty spaces. 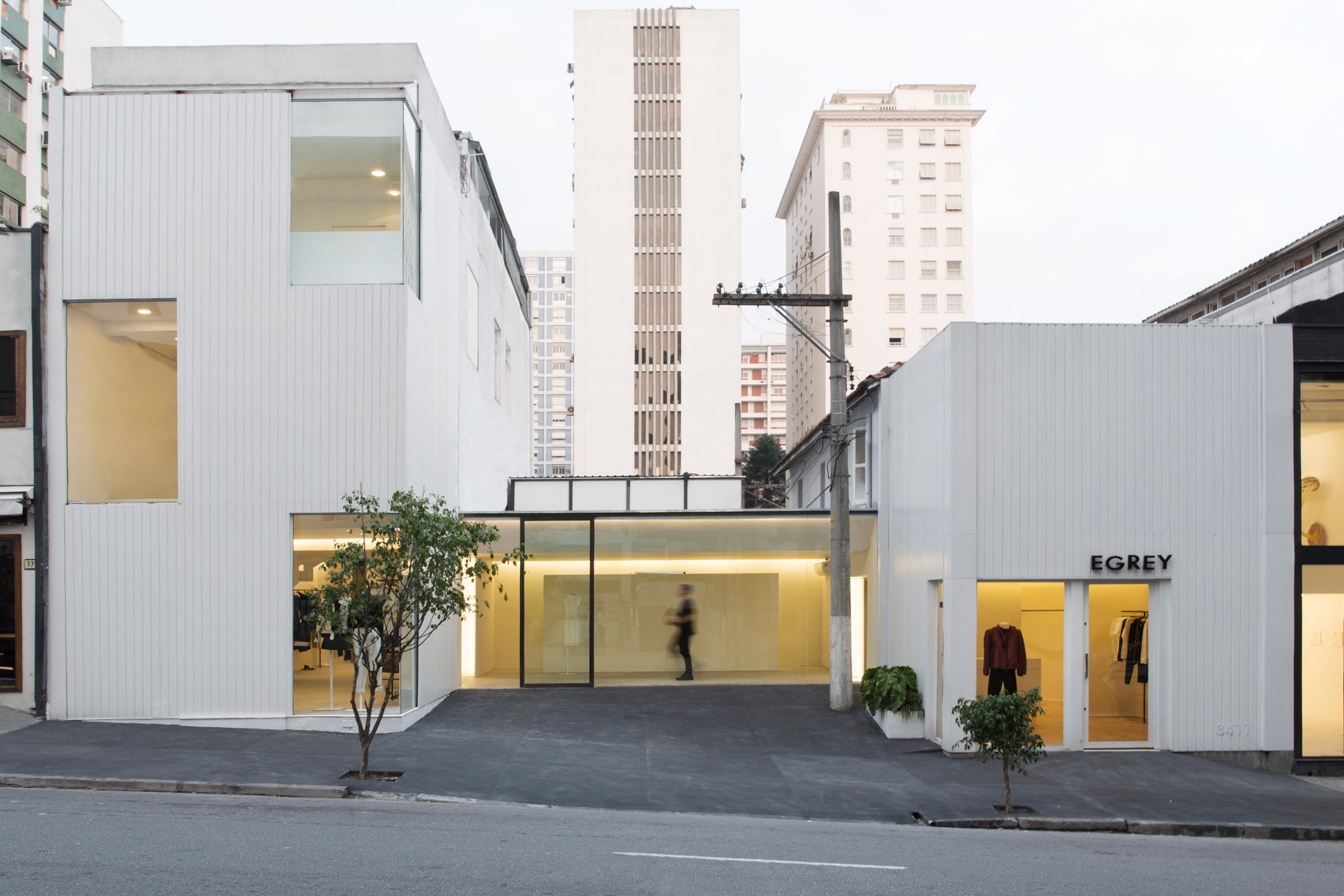 Fashion retailers often opt to showcase their garments in very minimal spaces. Some of the most sparse boutiques include Christopher Kane’s London store by John Pawson, Acne Studio’s shop in Seoul by Sophie Hicks, and Helmut Lang’s outpost in West Hollywood by Standard Architecture.

Photography is by André Klotz.