Describing the revamped showroom as “a space where the Mediterranean outdoor living is celebrated”, Kettal wanted the new interior to emphasise the showroom’s unique architectural features while also expressing the character of the brand. 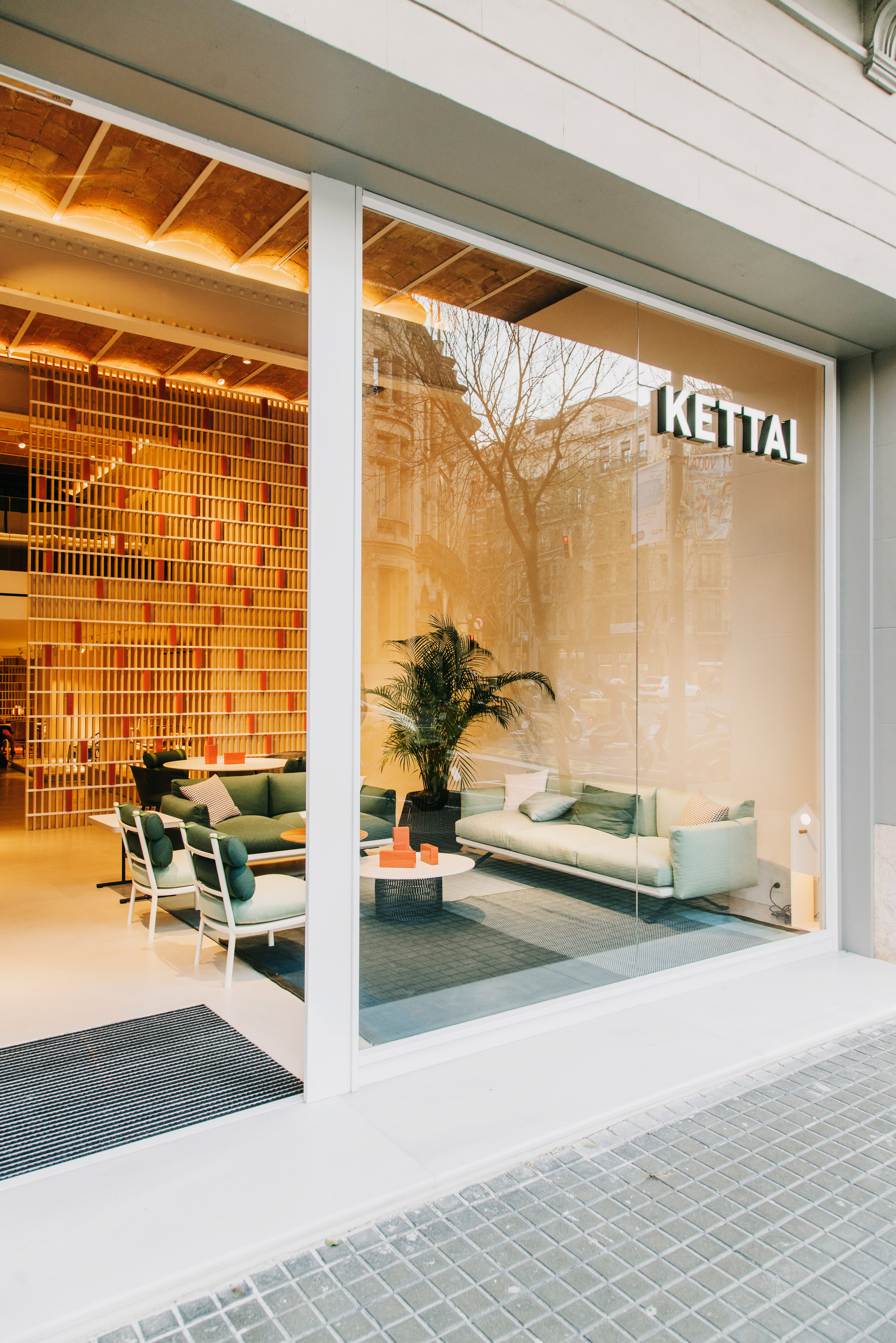 Housed in a double-height space in the centre of Barcelona, the showroom is split across the ground floor and a mezzanine level.

The building’s original vaulted brick ceiling and existing steel beams have been revealed. The brick ceiling – known locally as a Catalan arch – has also been featured in a number of apartment renovation projects in the area including one by Bonba Studio, another by Laboratory for Architecture in Barcelona and one by Cavaa Arquitectes in the city’s Poblenou neighbourhood. 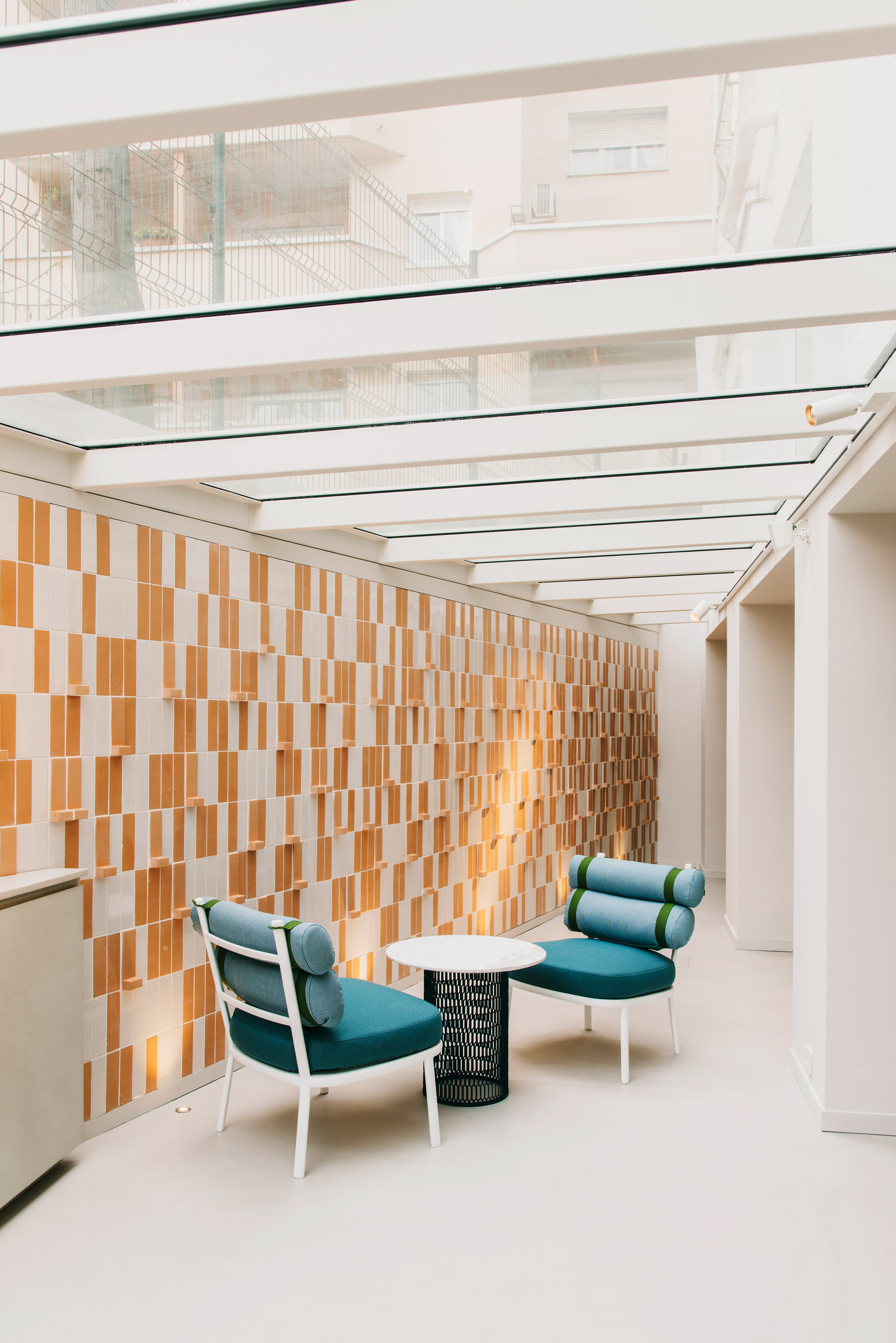 In addition, Urquiola was inspired by traditional Spanish typologies such as the patio courtyard, which is reflected in the plant-filled atrium space. Ceramic tiles, which are also a feature of traditional local architecture, are used across an entire wall to create a rectangular grid – a pattern that is echoed throughout the showroom in various different scales and materials. 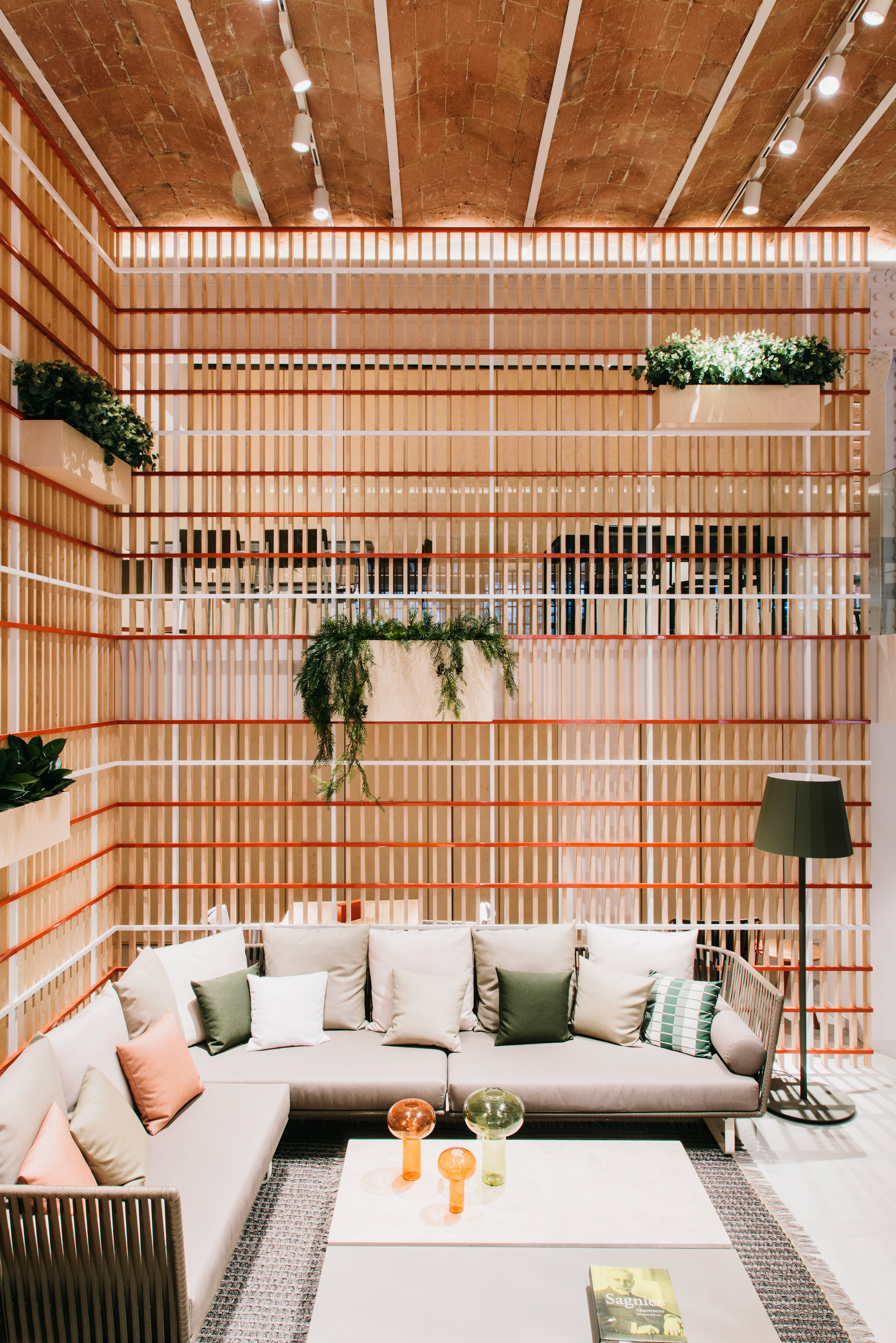 To help delineate the showroom’s different zones within the open-plan layout, Urquiola’s studio used a series of timber frame screens fitted with modular planters. Walls clad in timber panels or painted in subtle shades of grey and pink are used to break up the white space. 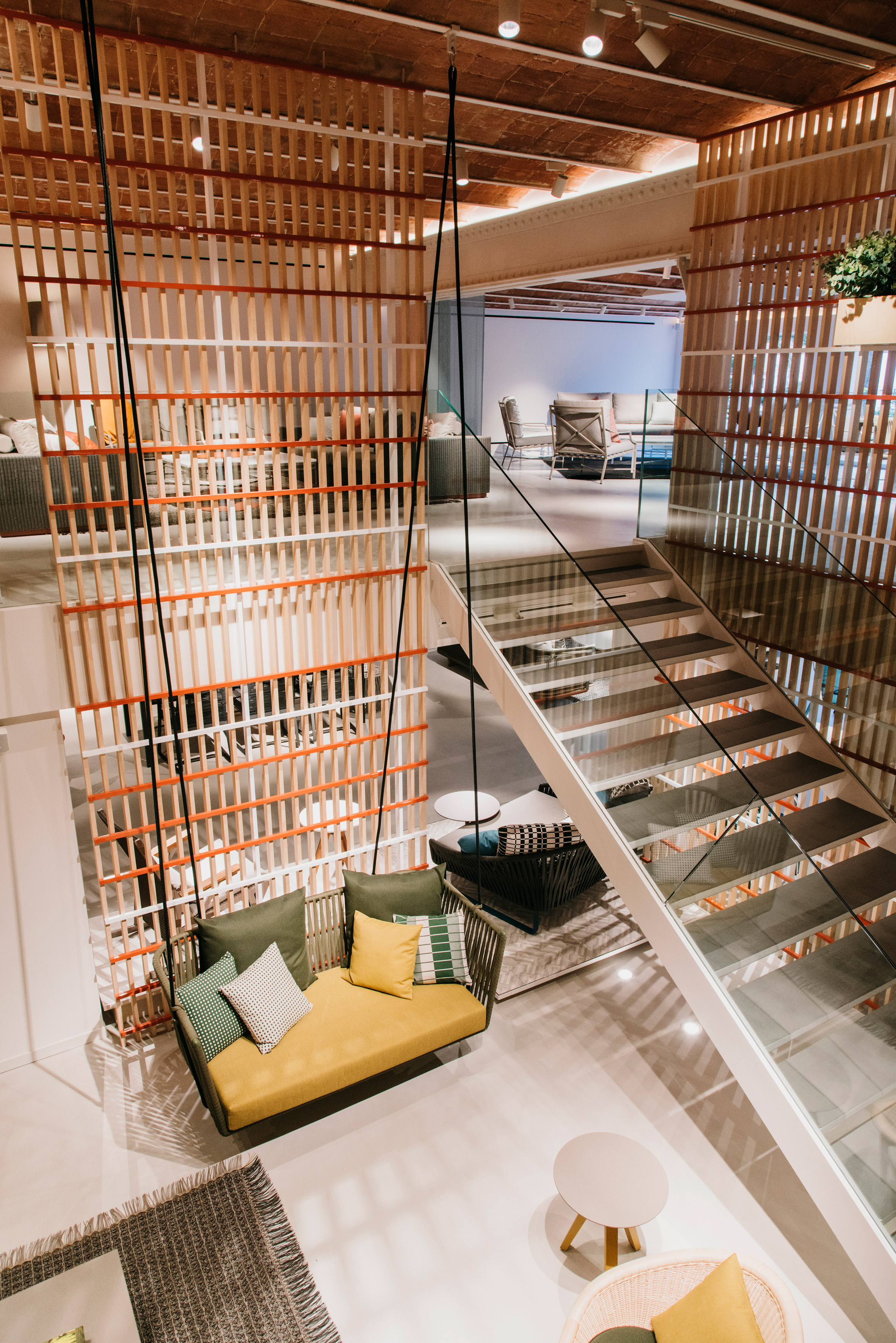 A staircase with open risers and glass panel balustrades that wrap the mezzanine level provide uninterrupted sight lines across and between the floors, while a wall of double-height display shelving showcases the brand’s wide array of seating designs.

Urquiola, who has created four product collections for Kettal as well as a sheltered daybed structure called Kettal Cottage, started working with the brand in 2010. 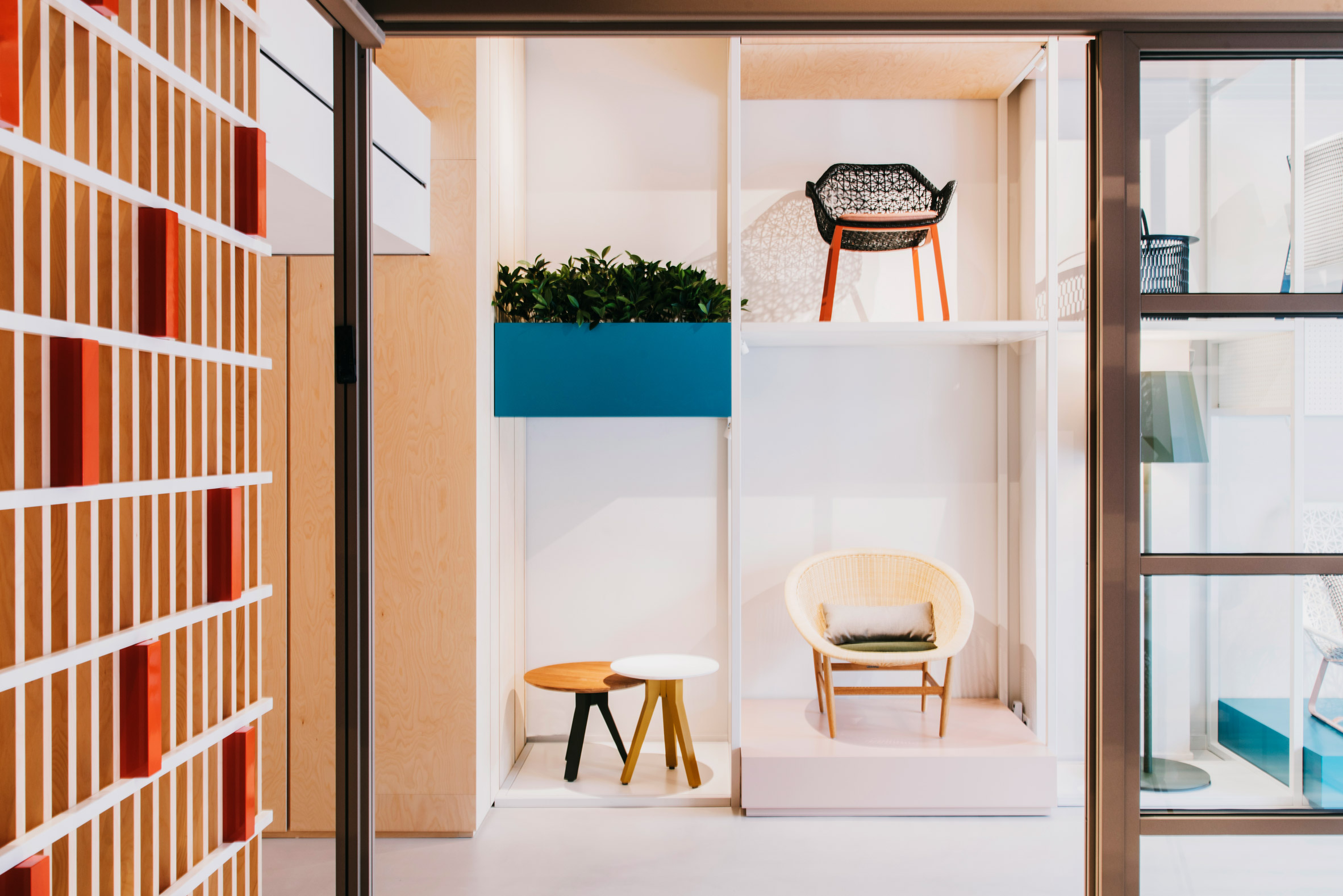 The Spanish-born designer has said of her designs for the brand, “I always thought it was very interesting, particularly with the outdoor items, to give to them a quality that is very technical, very industrial in some ways, but with a flavour or an attitude that is very easy and very crafted.” 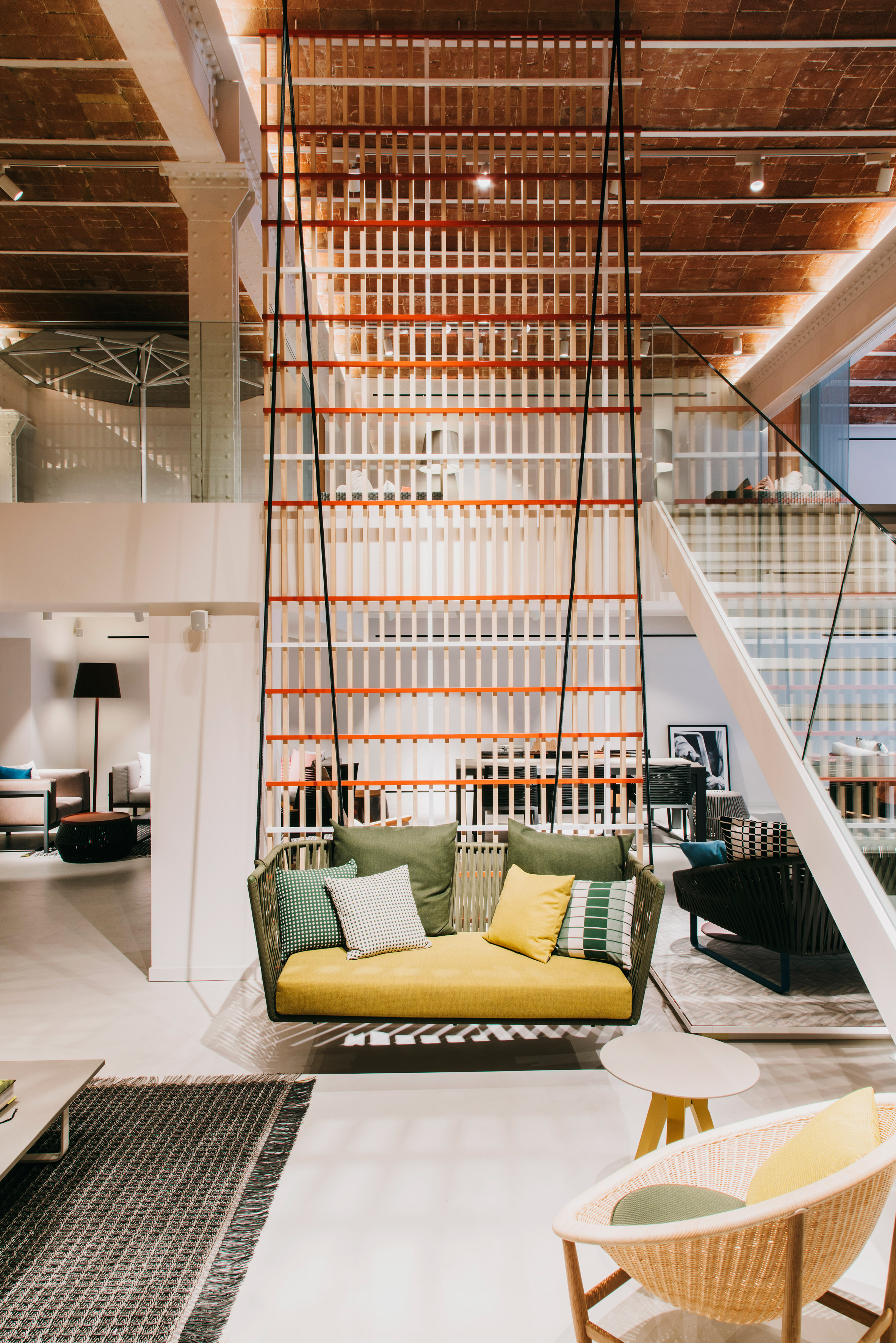 As the highest ranked female designer in Dezeen Hot List, Urquiola has served as art director of Italian furniture company Cassina since 2015. Her influential studio has created store interiors for brands such as Laufen, Panerai and Cassina, as well as countless product designs for the likes of Moroso, B&B Italia and Kartell.

Most recently, the Spanish designer completed the first new hotel to be built on the shores of Lake Como in decades. 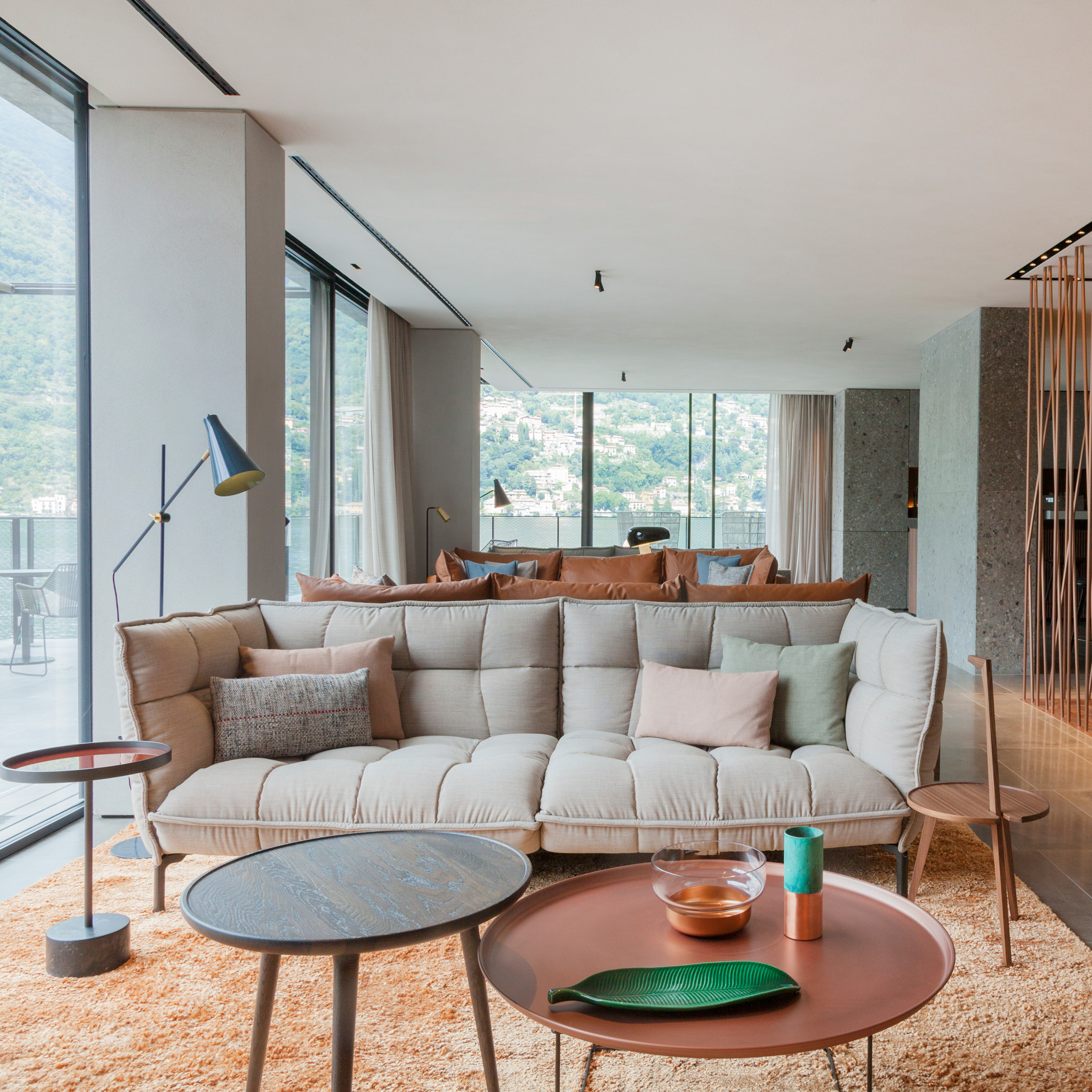