Italian office Piuarch has converted a former aircraft manufacturing facility in Milan into fashion brand Gucci‘s new headquarters, adding a glazed tower wrapped in metal sunscreens to the rows of the brick-clad hangars. 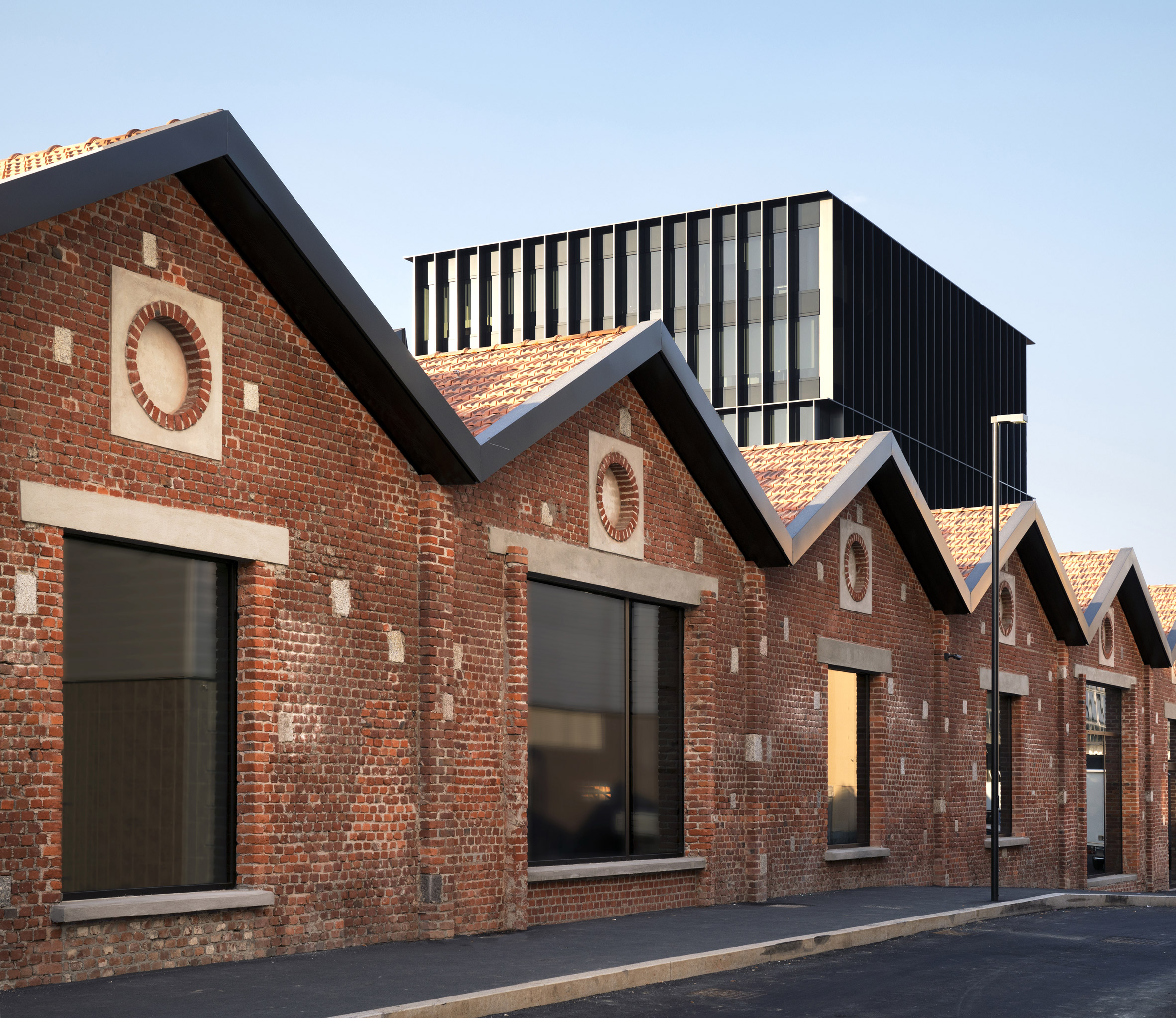 The complex of warehouse buildings close to the city’s Linate airport was originally completed in 1915 to house the final assembly plant of the Caproni aircraft company. It was used throughout the first and second world wars, before the company ceased operations in 1950.

Piuarch‘s adaptive reuse project retains the industrial character of the existing buildings, while repurposing them to accommodate Gucci‘s offices, showrooms and spaces for hosting fashion shows. 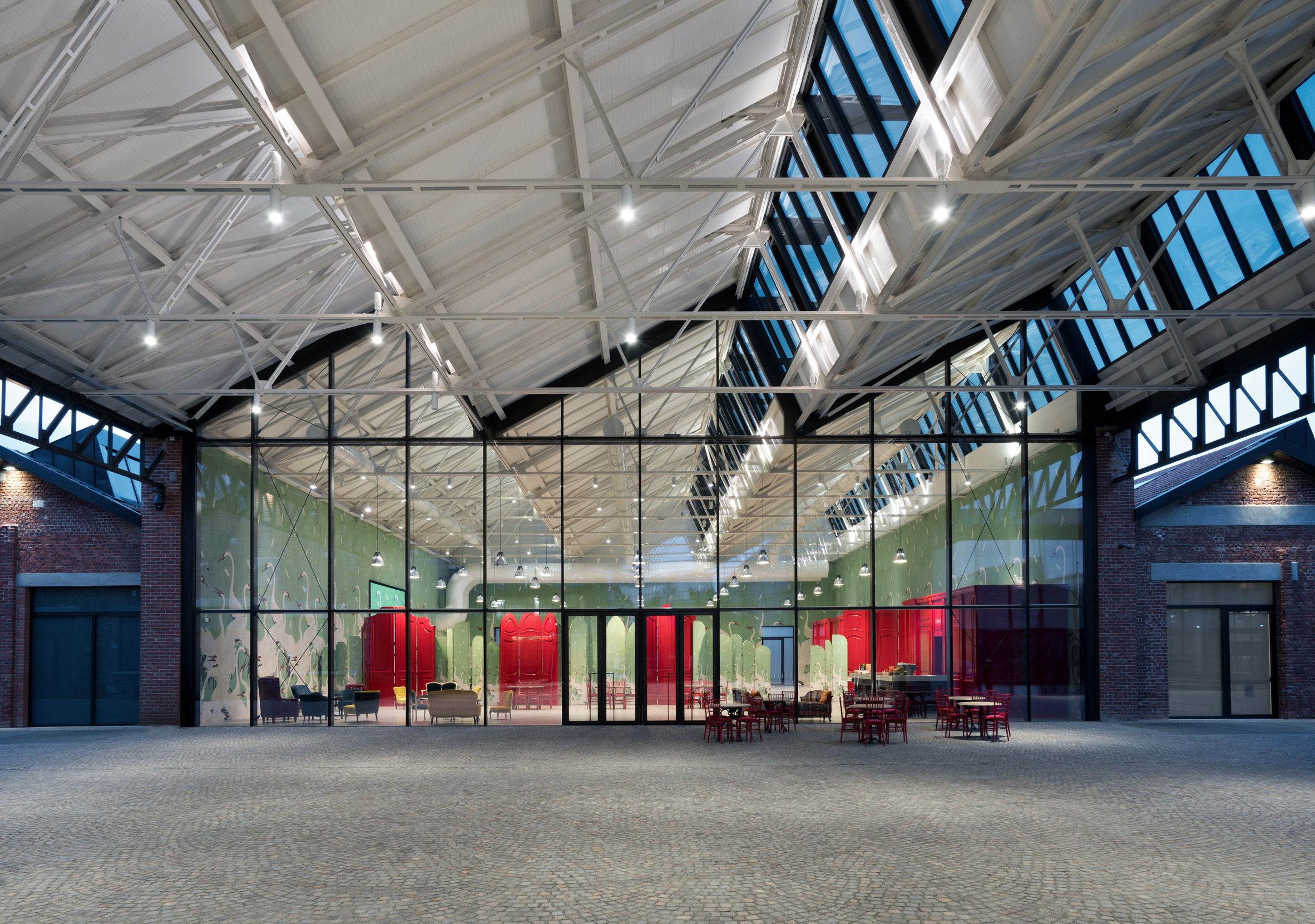 The rows of restored brick-clad structures also contain facilities for the company’s graphic design team, alongside photo studios and a canteen and restaurant.

The brick gables are punctured by large windows and glazed doors that provide a direct connection to a central pedestrian axis and allow natural light to flood into the reconfigured interior spaces. 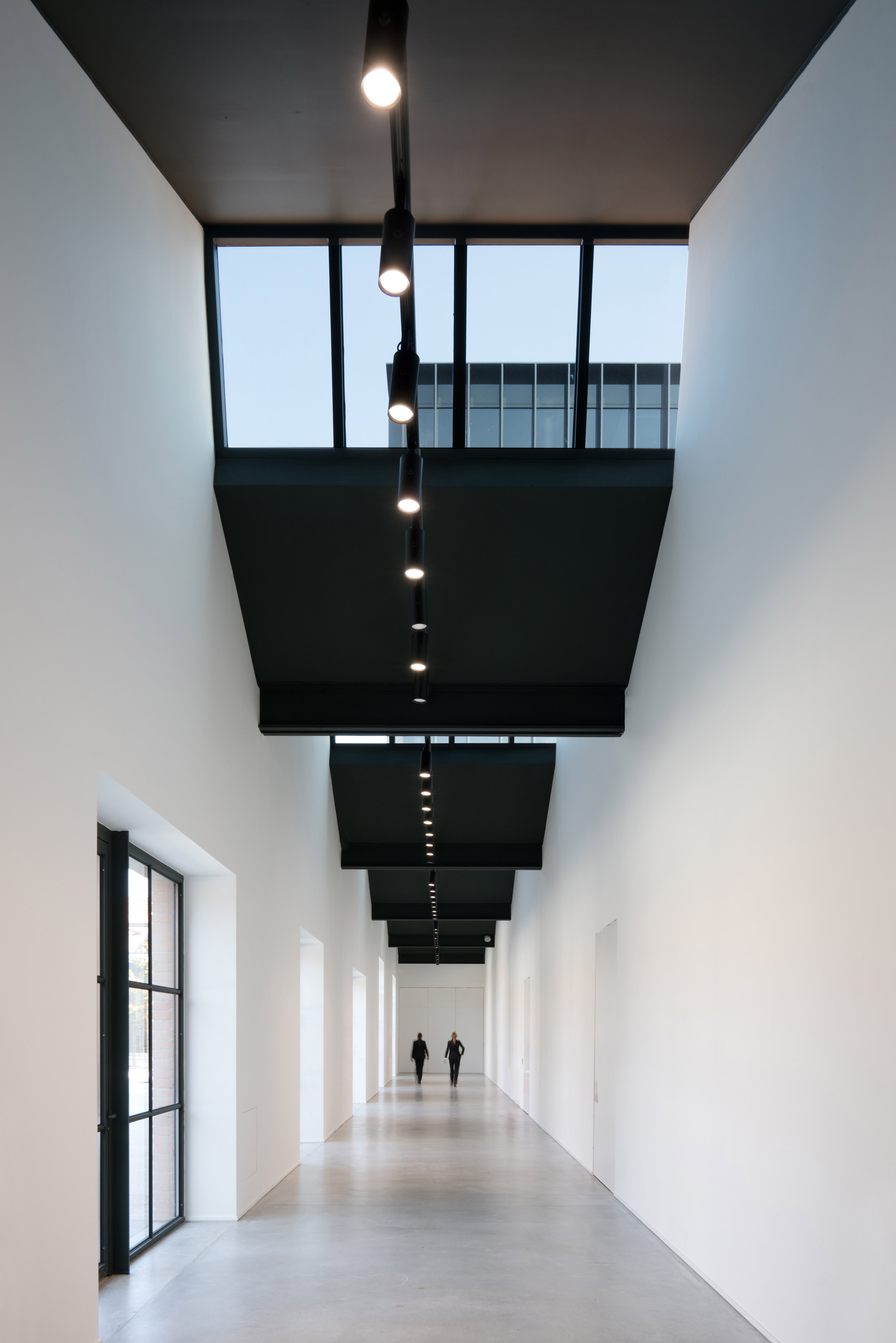 “Set out in a regular pattern across the site and featuring modular structural bays, the abandoned industrial warehouses with exposed-brick facades generate, thanks to their spatial layout, a seamless interaction between the inside and outside,” said the architects. 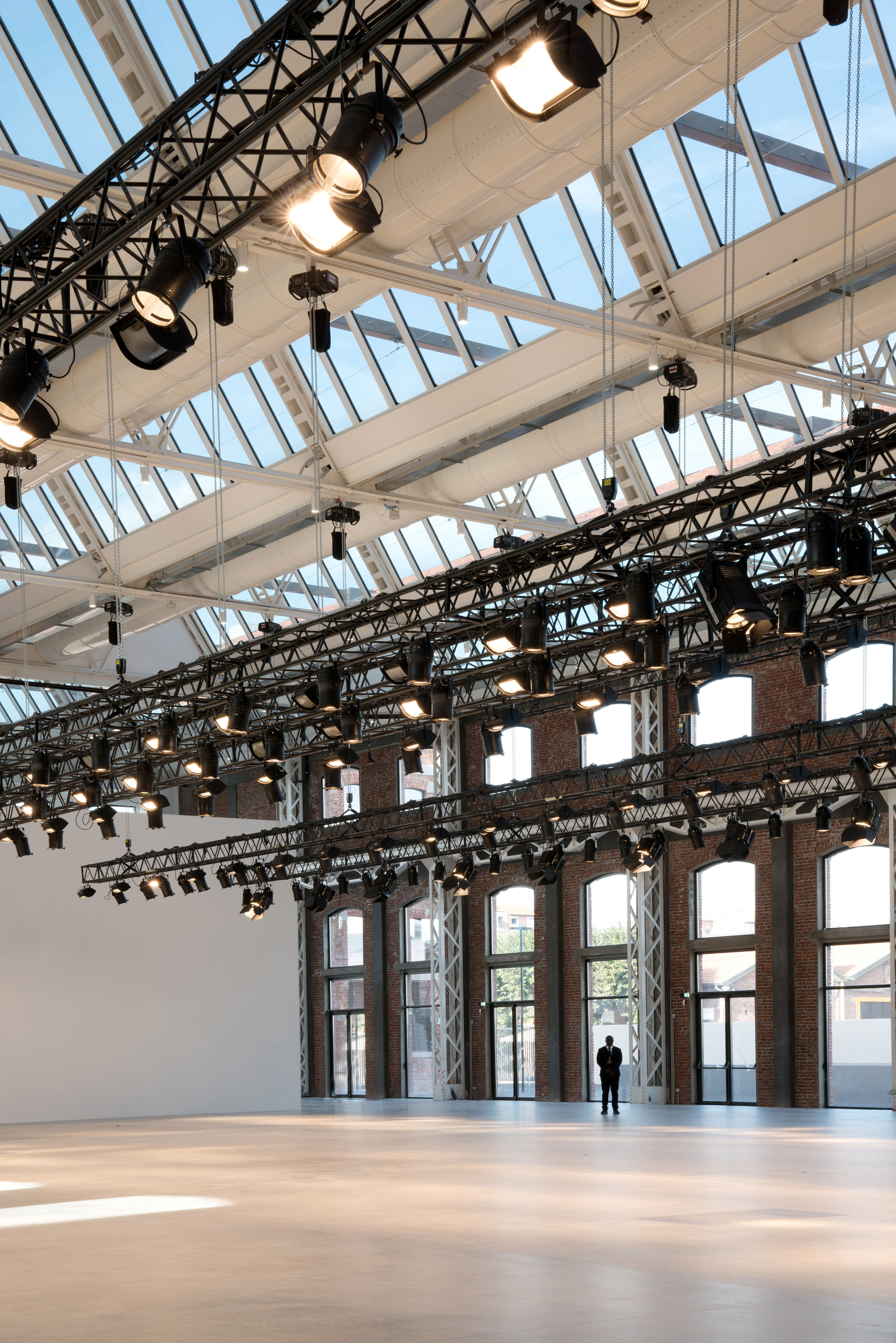 A hangar where Caproni bombers were once assembled was renovated to create a 3,850-square-metre space that is now used to host Gucci’s runway shows.

This enormous hall is linked to a roofed portion of the central street, which creates a sheltered outdoor space at the heart of the complex. 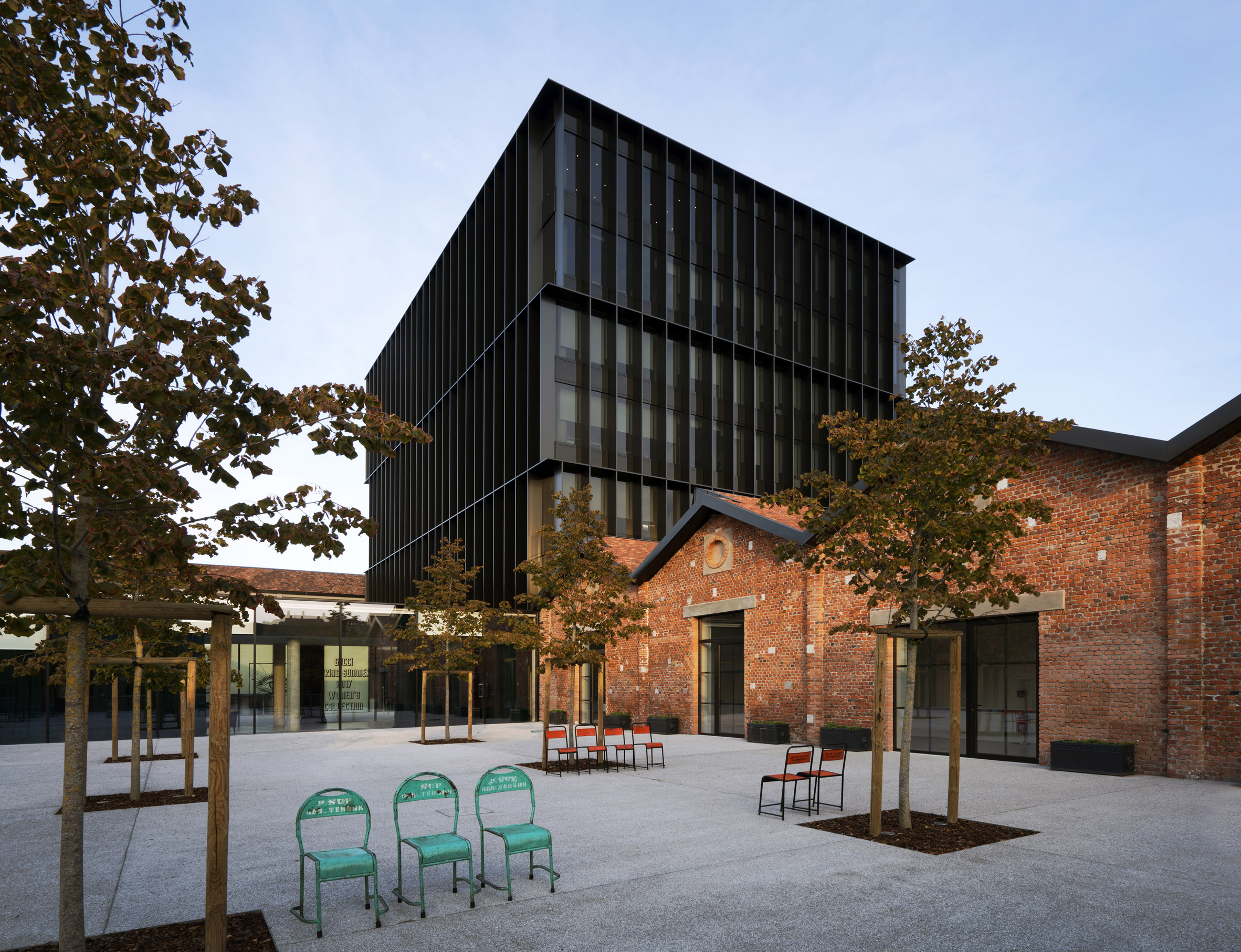 Black steel fascias that follow the ridged roofline complement the steel frames around the glazing, creating a contemporary contrast to the aged masonry. 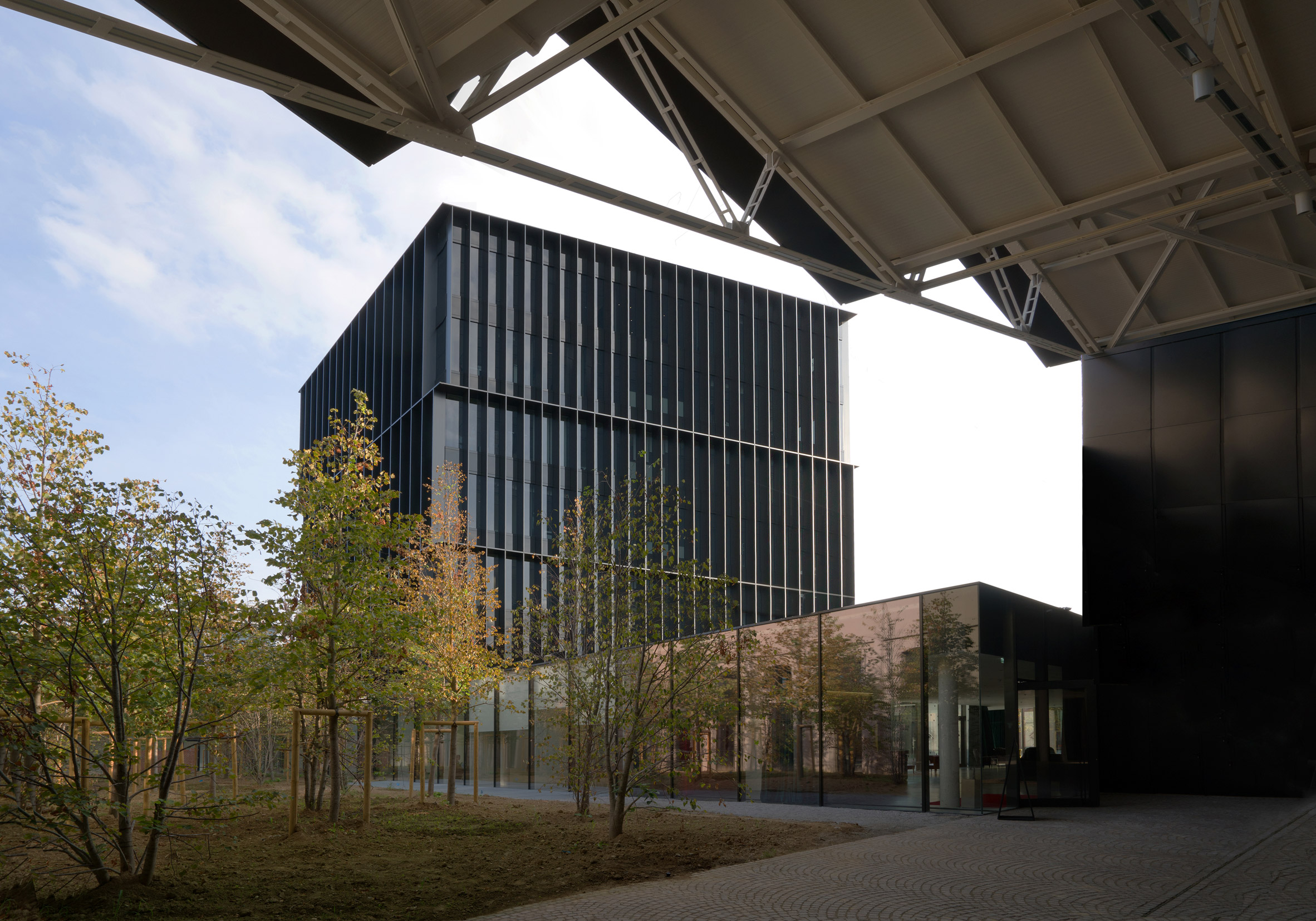 A six-storey tower covered with a grid of steel sunscreens creates the most notable modern intervention on the site.

The tower’s louvred facades prevent too much direction sunlight from reaching the glazed facades, while the exposed steel surfaces help to tie the scheme together and lend the complex a unique presence in the surrounding cityscape. 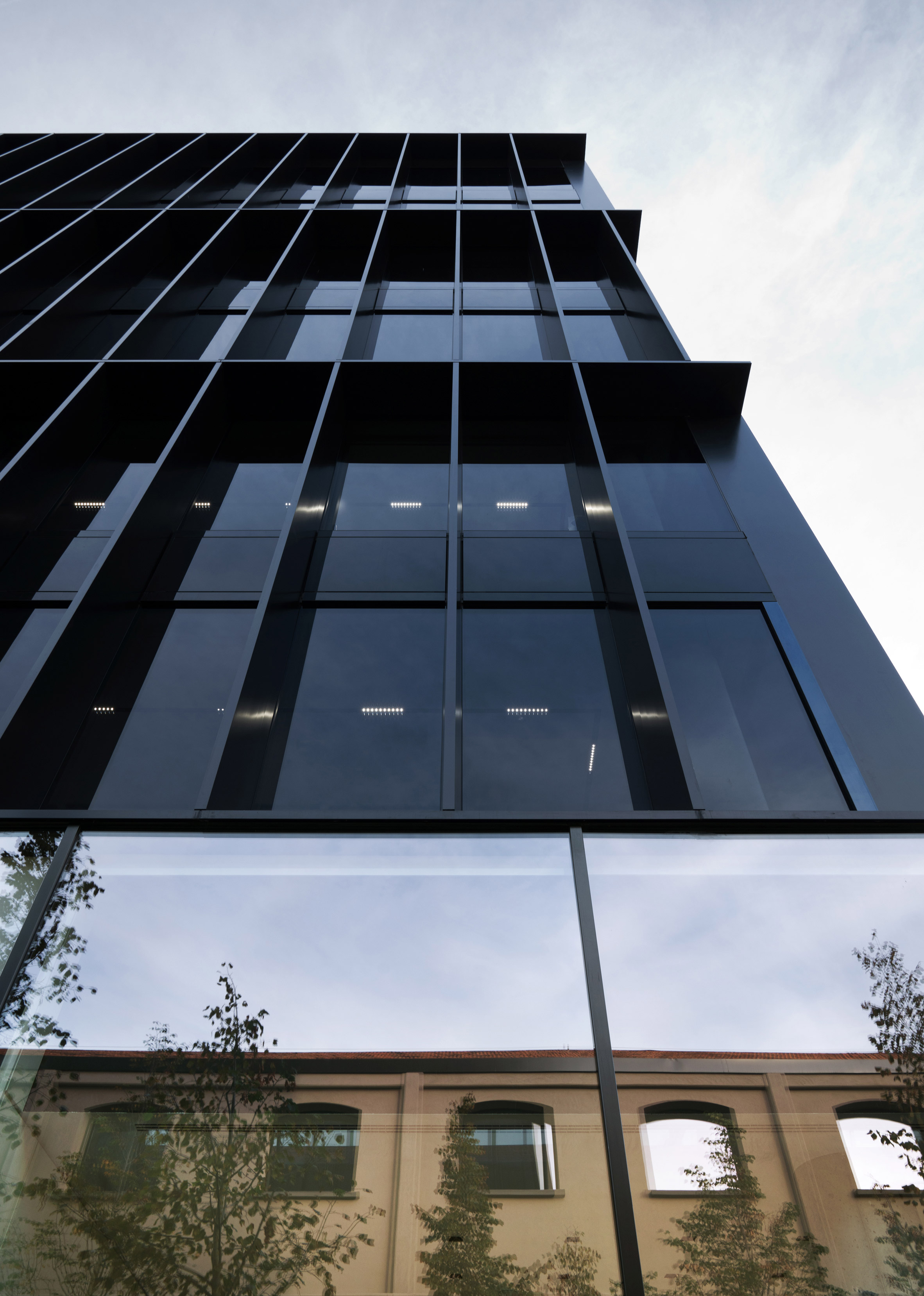 Piuarch’s previous work with fashion brands includes a flagship store in South Korea for Givenchy, featuring panels of moulded steel that form a rippling enclosure around the upper storeys.

Photography is by Andrea Martiradonna.