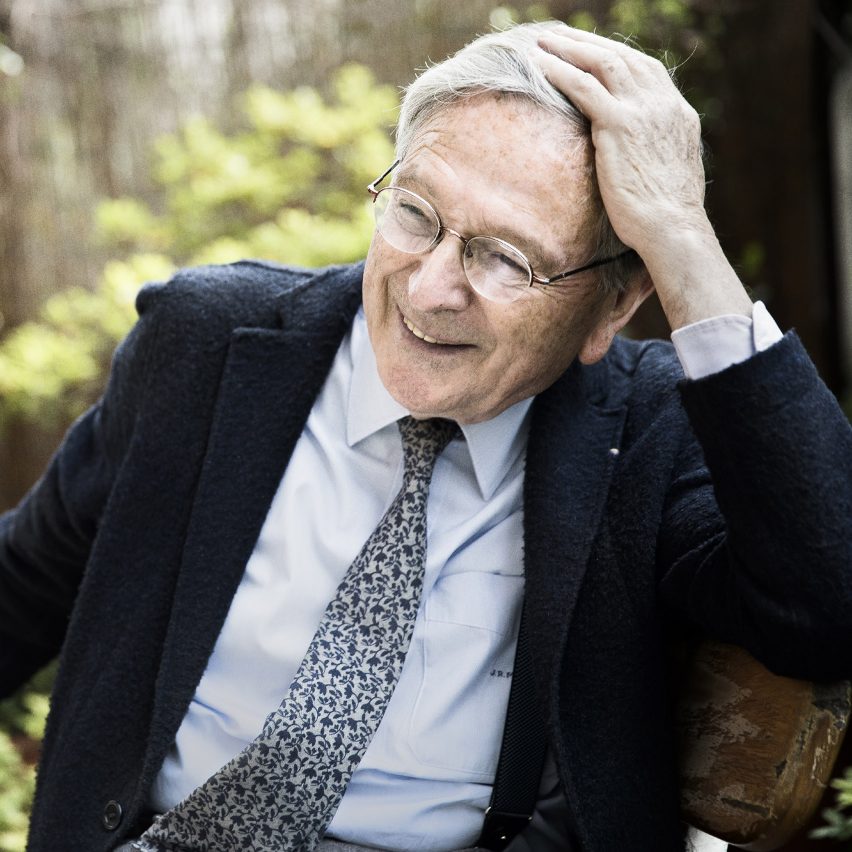 Spanish architect, educator, critic and theoretician Rafael Moneo has been revealed as the recipient of the Golden Lion for Lifetime Achievement by the Venice Architecture Biennale.

Moneo, 83, will receive the prize during the 17th edition of the event, also known as Biennale Architettura, which opens to the public on May 22 2021.

Pritzker Architecture Prize-winning Moneo was nominated by Hashim Sarkis, the curator of the 2021 festival, for being “one of the most transformative architects of his generation”.

“Moneo has maintained a poetic prowess”

“As a practitioner, and through his broad array of buildings, he has highlighted the ability of every architectural project to respond to contingencies of site and program while transcending them,” Sarkis said.

“As an educator, he has rigorously guided several generations of architects towards architecture as a vocation,” he added. “As a scholar, he has combined his visual prowess and analytic rigours to help reinterpret some of the most canonical historic buildings with fresh eyes.”

“As a critic of the contemporary scene, he has written on emerging phenomena and key projects and has established some of the most important dialogues on the present scene of architecture with colleagues from around the world,” he continued.

“Throughout his long career, Moneo has maintained a poetic prowess, reminding us of the powers of architectural form to express, shape but also to endure.”

Moneo was born in Tudela in 1937. He graduated in 1961 from the Escuela Técnica Superior of Madrid.

The Golden Lion for Lifetime Achievement is one of several prestigious accolades he has received, with others including the Pritzker Architecture Prize on 1996, the RIBA Royal Gold Medal in 2003 and the 2017 Praemium Imperiale award.

Moneo began his career in architecture working at the studios of Francisco Javier Sáenz de Oiza and Jørn Utzon, before being granted a fellowship to study at the Academy of Spain in Rome.

He set up his office in Madrid in 1965 and began teaching at the Escuela Técnica Superior of Madrid. From 1985 to 1990, Moneo was chairman of the architecture department of the Harvard University Graduate School of Design, where he continues to lecture today.

Among his best-known works are the National Museum of Roman Art in Mérida and Atocha Station in Madrid, which both feature in our roundup of six notable projects by the architect.

Current projects he is developing include a pair of residential towers in Miami that are hoped to revitalise the once-famous Jockey Club.

Moneo to be celebrated alongside Lina Bo Bardi

To celebrate the announcement, Sarkis has curated an exhibition for the biennale that contains a selection of models and pictures by Moneo that embody the 2021 festival’s theme: How will we live together?

Moneo will be awarded the prize as part of the inauguration ceremony for the Biennale Architettura 2021. The event, which was rescheduled from 2020 due to the coronavirus pandemic, is set to open next month.

Due to the ongoing pandemic, the organisers of several of the national pavilions at the biennale are planning to open without guests.

At the same event, the Special Golden Lion for Lifetime Achievement will be awarded in memoriam to the latest modernist architect Lina Bo Bardi. Sarkis nominated Bo Bardi for the prize in recognition of her illustrious career and “powerful buildings” and for exemplifying “the perseverance of the architect”.

Portrait is by Germán Saiz.