US firm Goettsch Partners has completed a glass skyscraper with a compact footprint, which responds to its placement next to active train tracks and the Chicago River.

Called 150 North Riverside, the commercial tower is located on a prominent waterfront site in the city’s West Loop.

Rising 54 storeys, the glass-faced skyscraper sharply tapers inward as it approaches the ground. Its compact footprint enables the building to “fit” between rail lines to the west and the Chicago River to the east.

“The building is designed to take advantage of its challenging riverfront site,” said James Goettsch, CEO of Goettsch Partners (GP) and design partner for the project. “In this case, how the building meets the ground is even more important than how it meets the sky.” 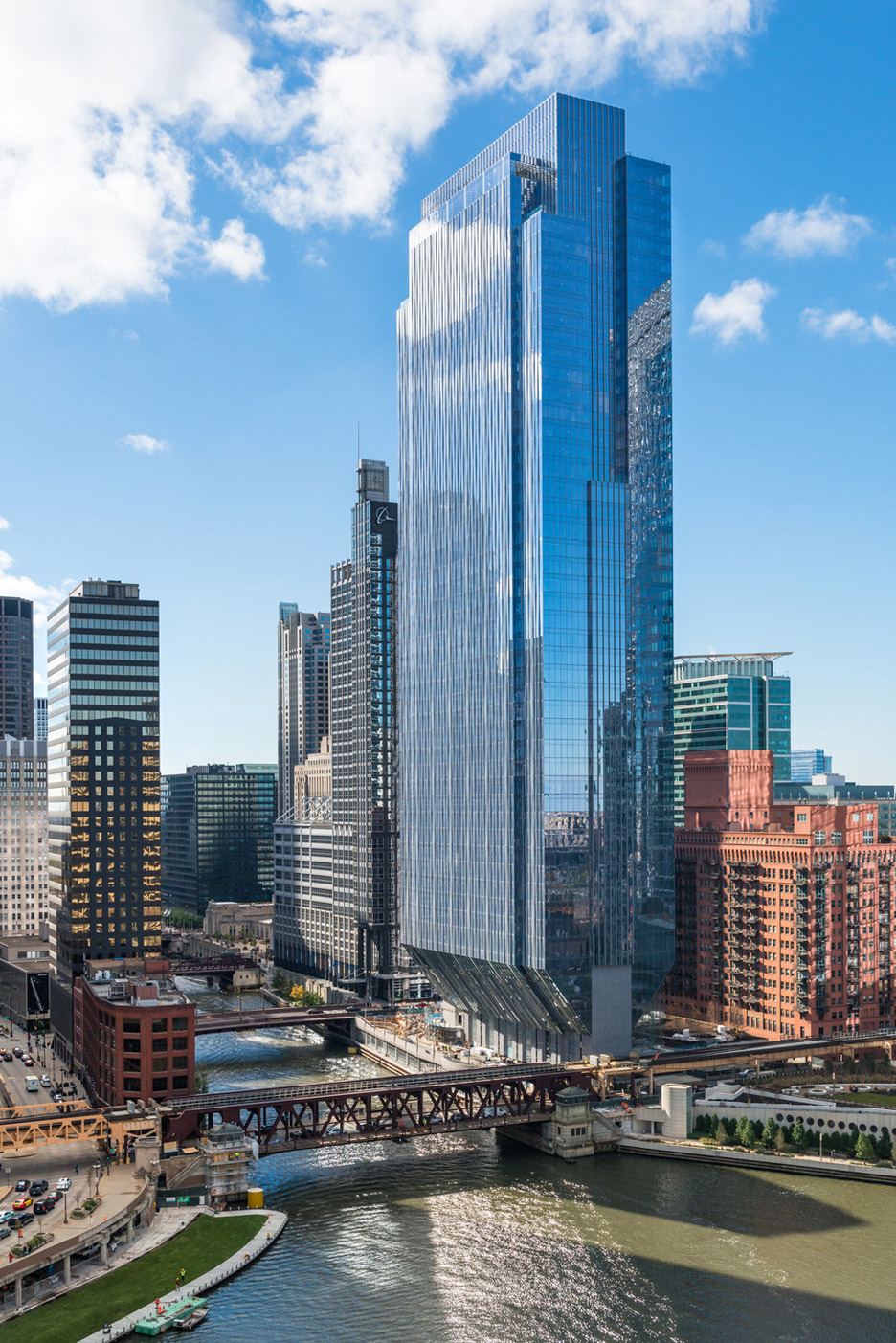 The core-supported structure has a 20:1 height-to-base ratio, which “opens the ground plane and allows for a dramatic, light-filled lobby”, the team added.

The tower’s narrow base – and its lack of perimeter columns – made way for the creation of a public park with pathways, outdoor seating and an amphitheatre overlooking the river.

For the north and south elevations, the team broke up the facade to create several vertical planes, which “accentuate the slenderness of the tower and step forward and back to mitigate the overall mass”.

The extrusions also allowed for terraces and more corner offices than a standard, rectilinear tower. 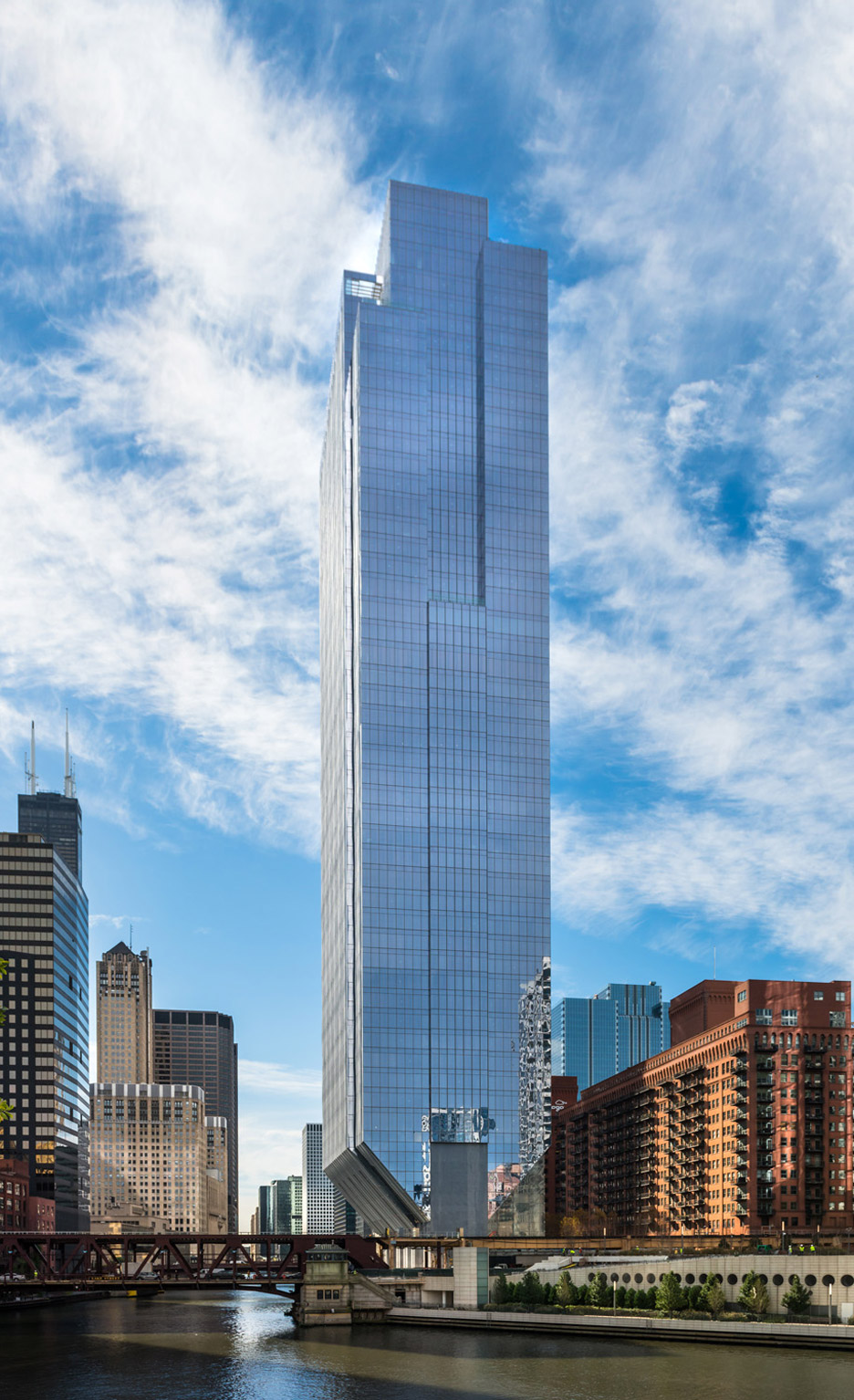 On the east and west facades, undulating mullions create an ever-changing pattern of light and shadow.

The skyscraper’s first “full” floor is on level eight, located 100 feet (30 metres) above a plaza.

Designed to achieve LEED Gold certification, the tower has a number of sustainable elements, such as a green-roof system and ample natural light. 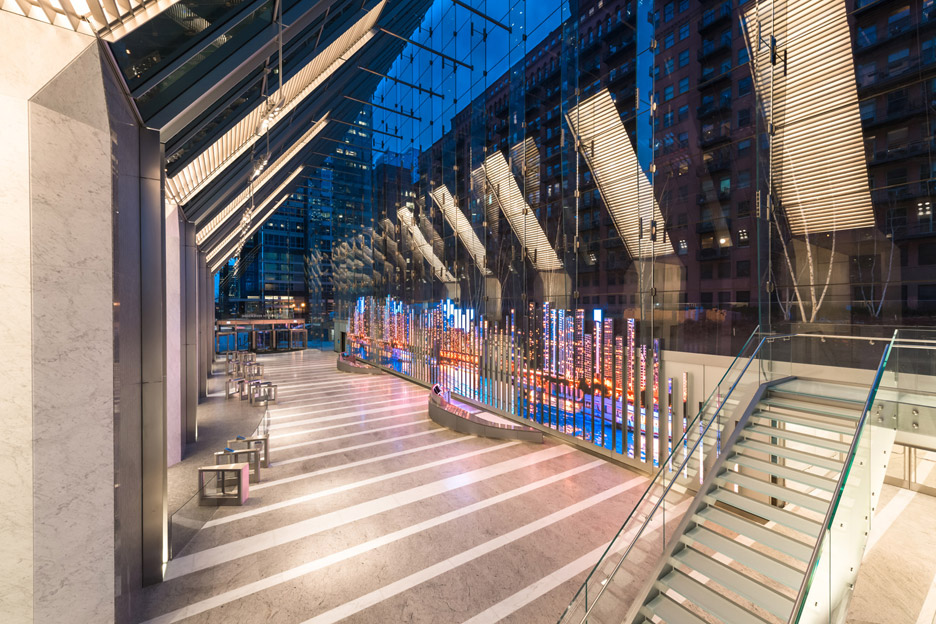 Amenities include several restaurants, a sandwich shop, a high-end bar, a gym and a parking garage. The tower also contains a conference centre with a ballroom and multiple boardrooms, all of which are afforded views of the water.

Tenants include a investment banking firm, a business management consultancy, a law office, and the headquarters for the Hyatt Hotels Corporation.

The project was backed by Riverside Investment & Development, a Chicago-based commercial real-estate firm. 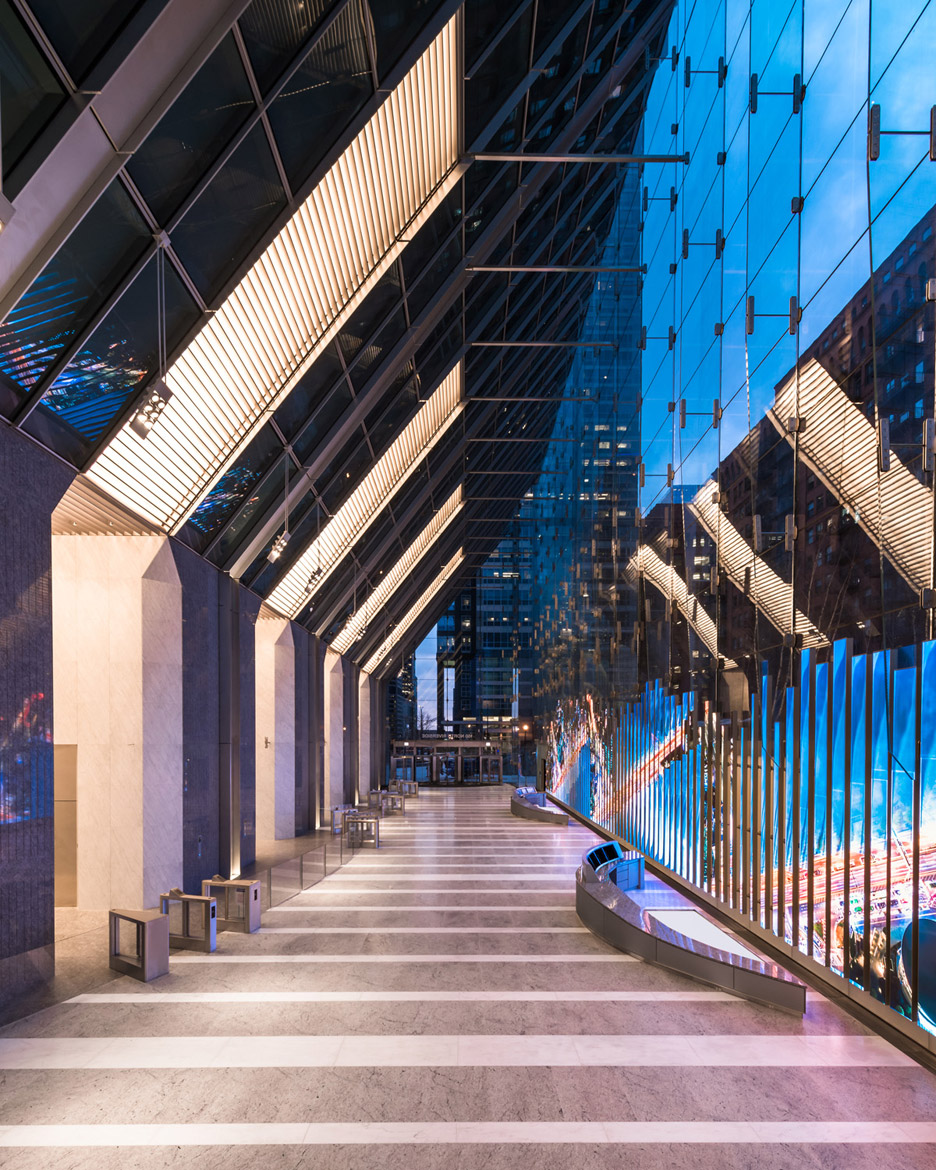 Goettsch Partners is based in Chicago, and has additional offices in Shanghai and Abu Dhabi. Through a progression of leadership transitions, the firm traces its roots back to the design practice of modernist architect Ludwig Mies van der Rohe.

Other skyscraper projects in Chicago include Vista Tower by Studio Gang, which consists of three connected glass towers arranged in a row, with heights of 46, 70 and 95 storeys. The Chicago Architecture Biennial, first offered in 2015, will be presented this fall.

Images are courtesy of Nick Ulivieri and Goettsch Partners. 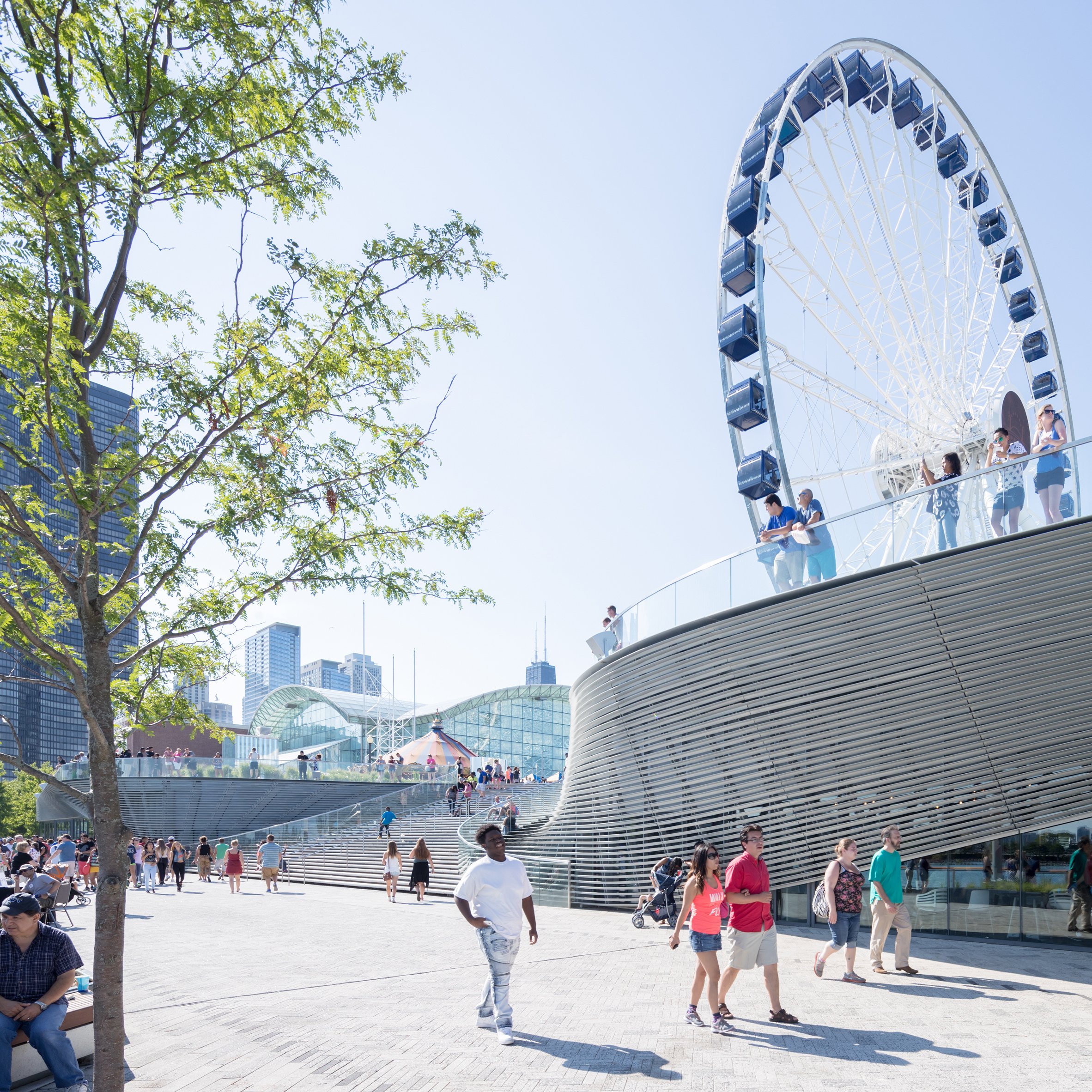 The post Riverside office tower in Chicago by Goettsch Partners rises from sharply tapered base appeared first on Dezeen.