Architect Ryuji Kajino converted an 80-year-old barn in Kurashiki, Japan, to create Tiny Atelier, a studio for a designer who makes accessories from dried flowers.

The small building is located on a hillside site that also contains the owner’s house and a warehouse, which faces out over a valley towards Japan’s Seto Inland Sea. 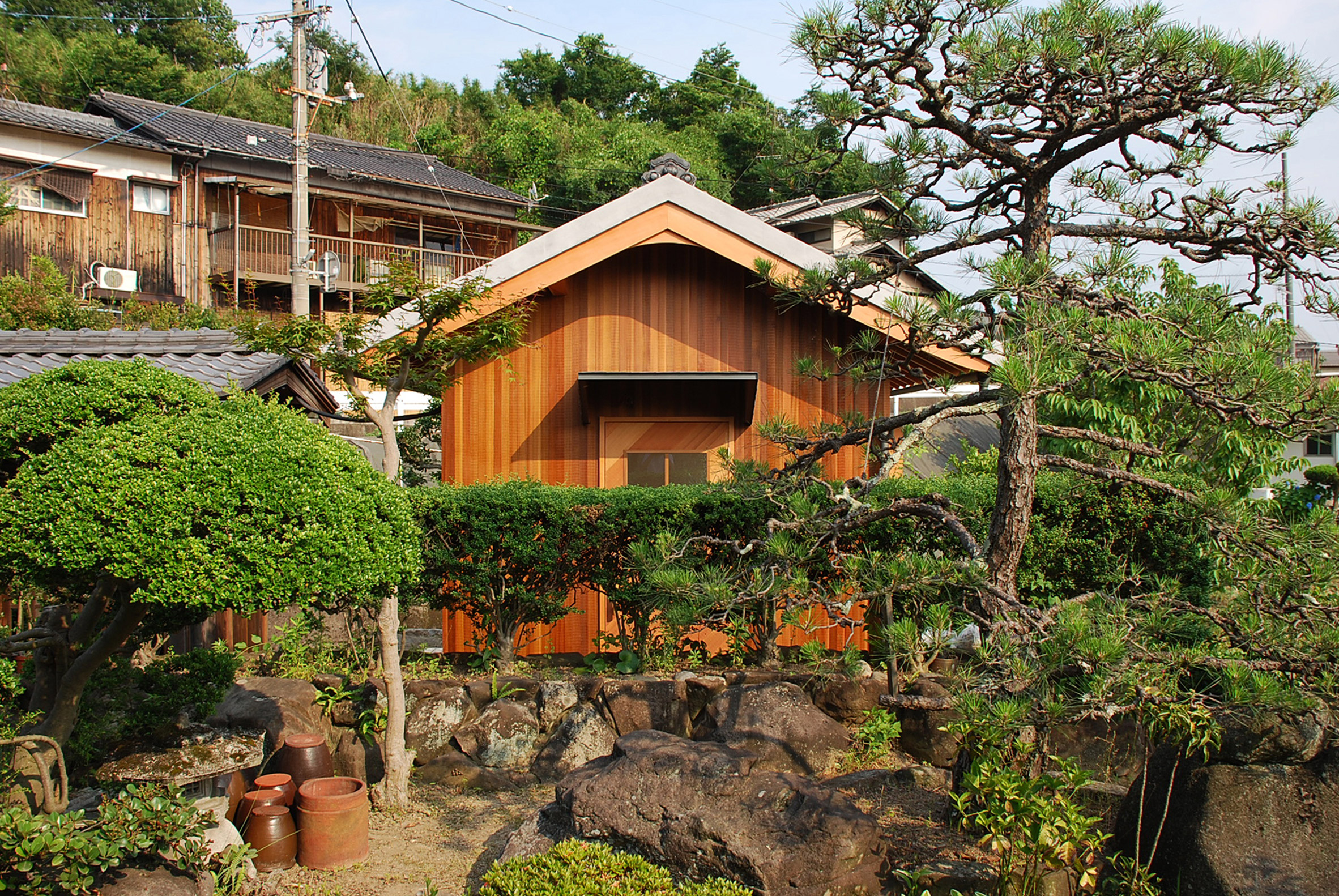 Kajino’s studio Malubishi Architects, which is based in nearby Okayama, decided to retain as many of the original features as possible when converting the traditional building into a contemporary workspace.

This included the tiled roof, which ensures a sense of continuity with the other structures on the site when viewed from further up the hill. 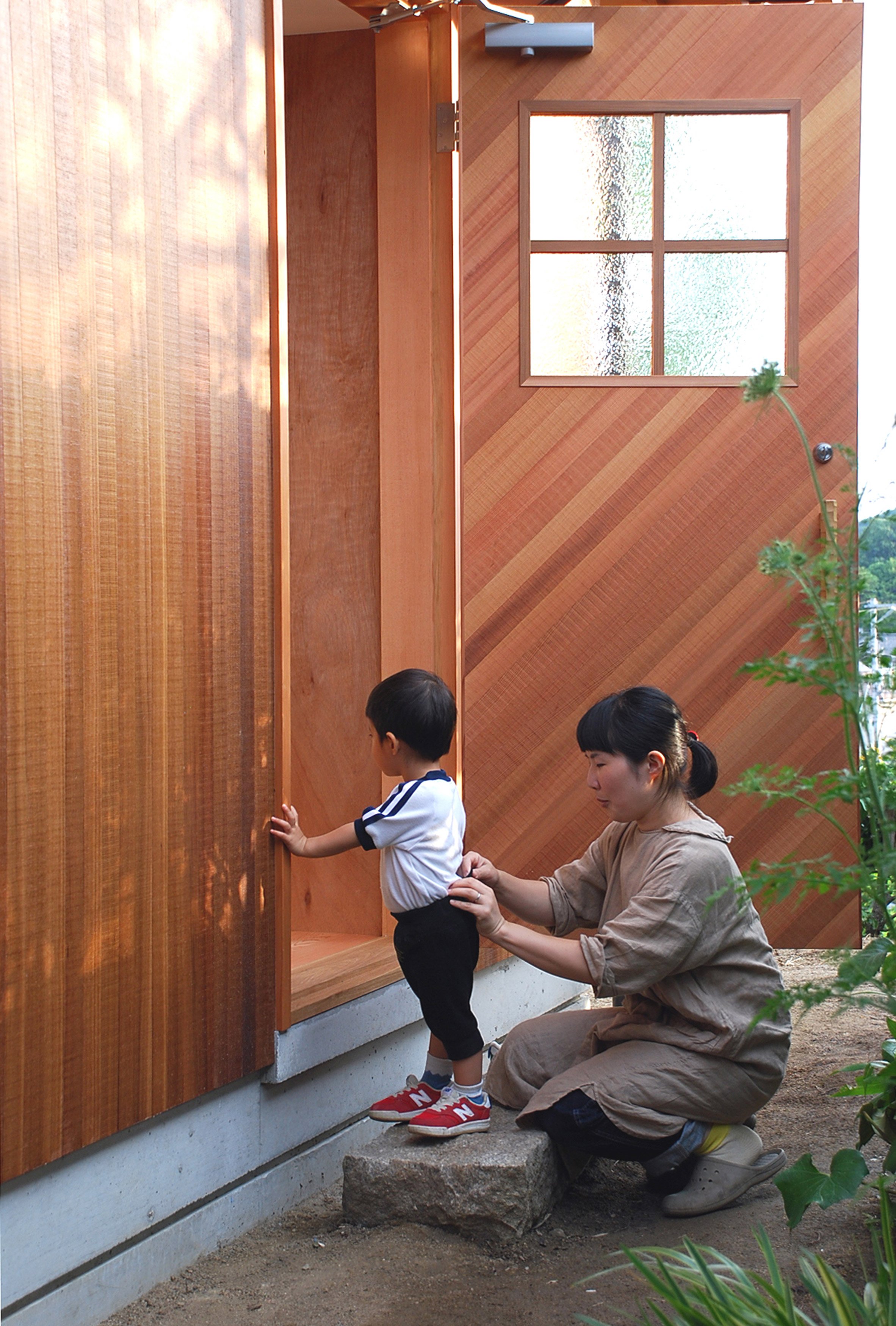 “Utilising the materials that can be used by existing barns, we inherited the history that this site had been walking on,” said Kajino, “but also aimed at a new architecture mixed old and new materials as a future architectural building.” 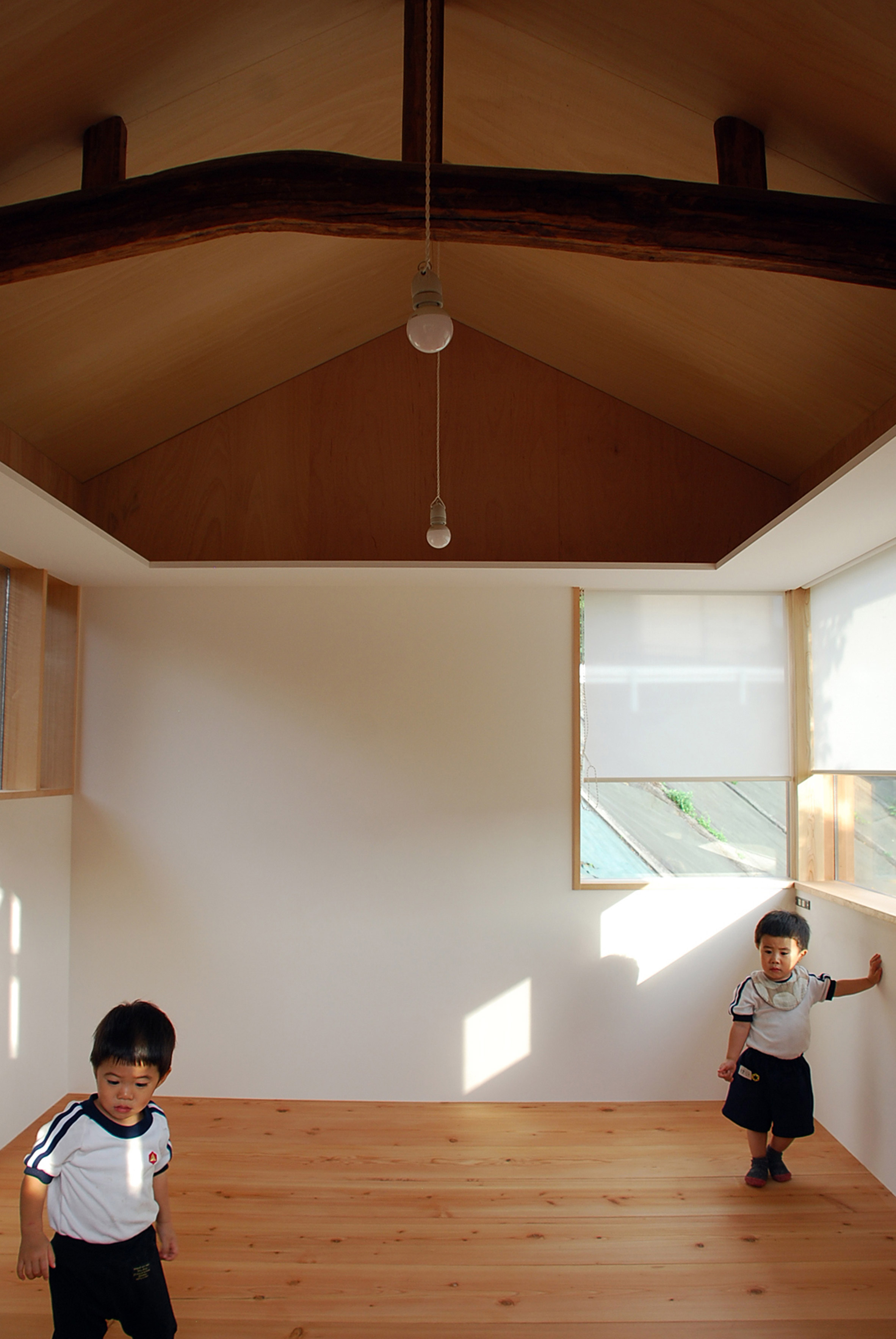 The site is approached by a pathway that climbs steeply up one side from the road and leads towards a covered porch connecting the atelier with the existing property.

The new building’s facades are wrapped in vertical wooden boards that are interrupted by large windows with projecting timber frames. The same timber is applied diagonally to the front door, which also features a window and a bespoke chestnut handle. 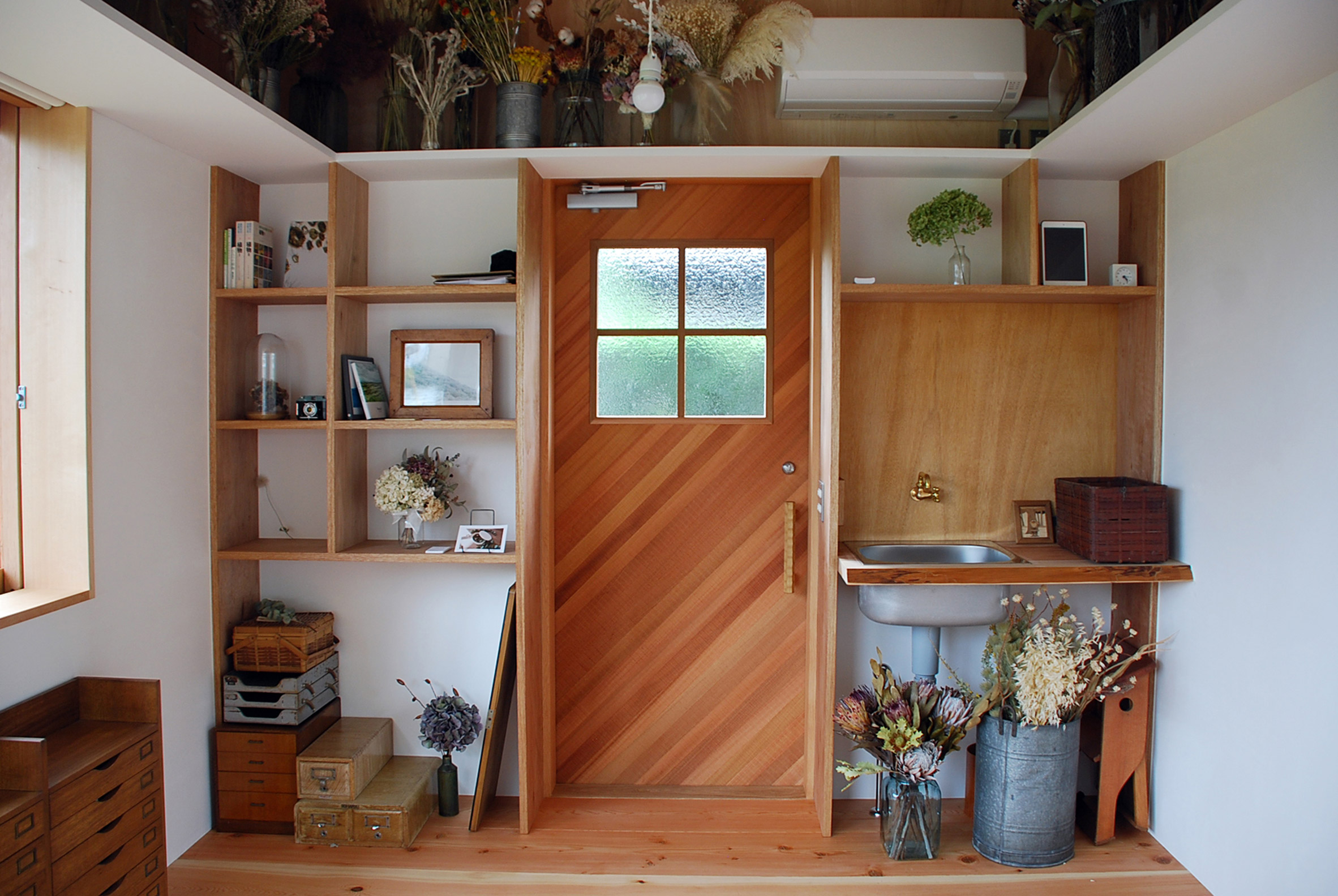 One of the windows wraps around the corner to the south of the building and allows even light to enter the space where the owner works on her dried-flower creations.

The large window is set into a frame constructed around both old and new timber pillars that give a sense of the building’s evolution. 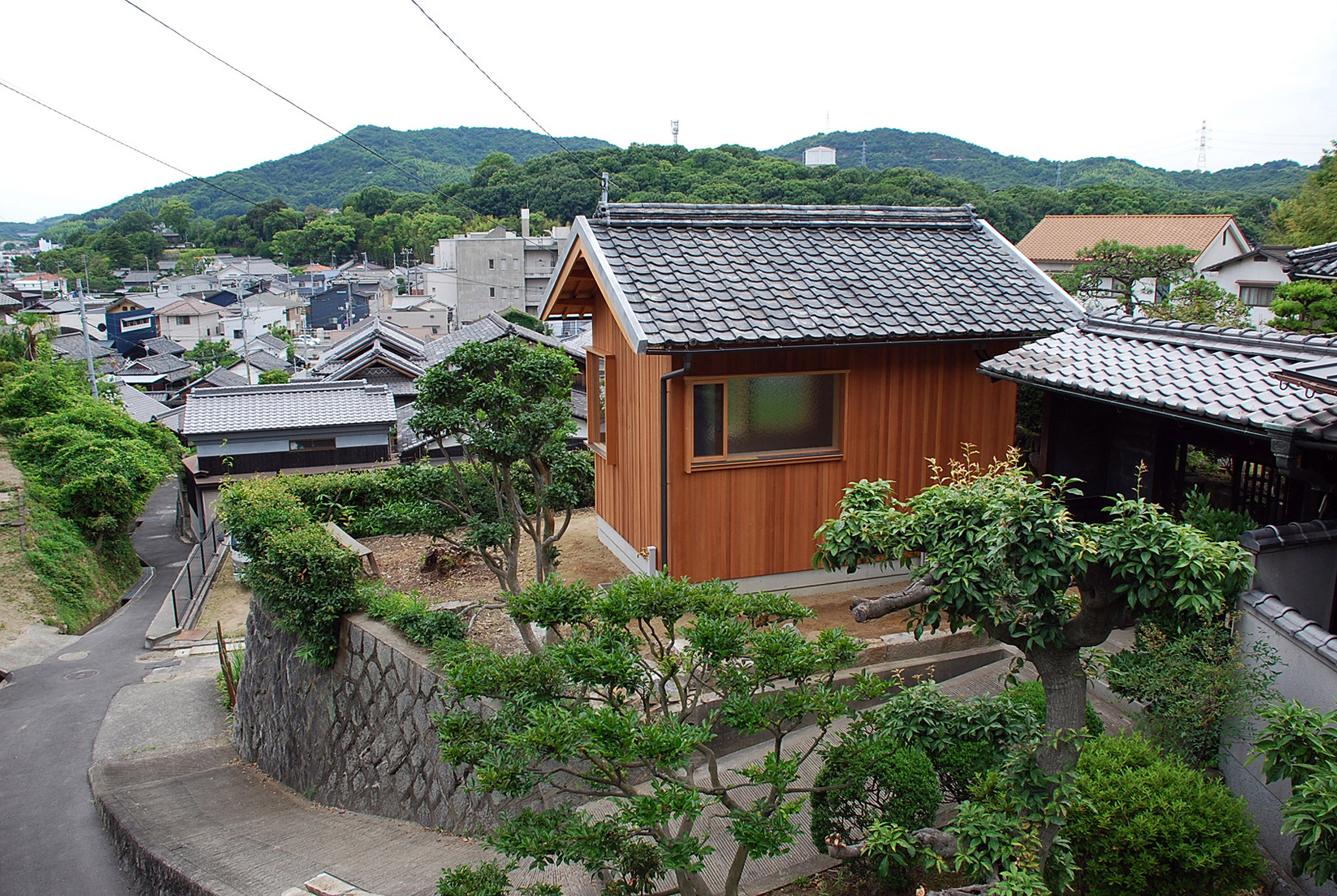 Original roof beams are left exposed and can be seen supporting a simple timber-lined ceiling. A shelf that extends along the tops of the walls is used for displaying the owner’s creations.

The simple interior features white-painted walls that contrast with the wooden ceiling, window frames and shelving built into spaces on either side of the door.

Photography is by the architect.