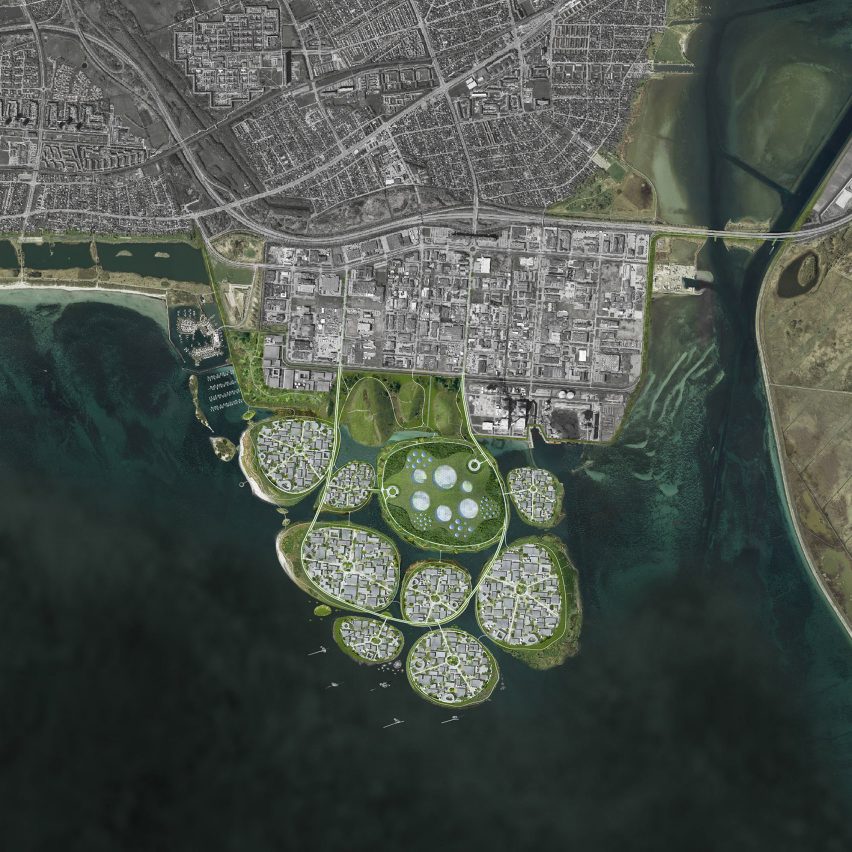 Urban Power has unveiled its plans for nine artificial islands, named Holmene, which will be a sustainable tech hub off the coast of Hvidovre, Copenhagen.

It is expected to create 380 new businesses and 12,000 jobs in biotech, pharmaceutical and life science sectors. Urban Power has deemed it “the largest and most ambitious land reclamation in Scandinavia”. 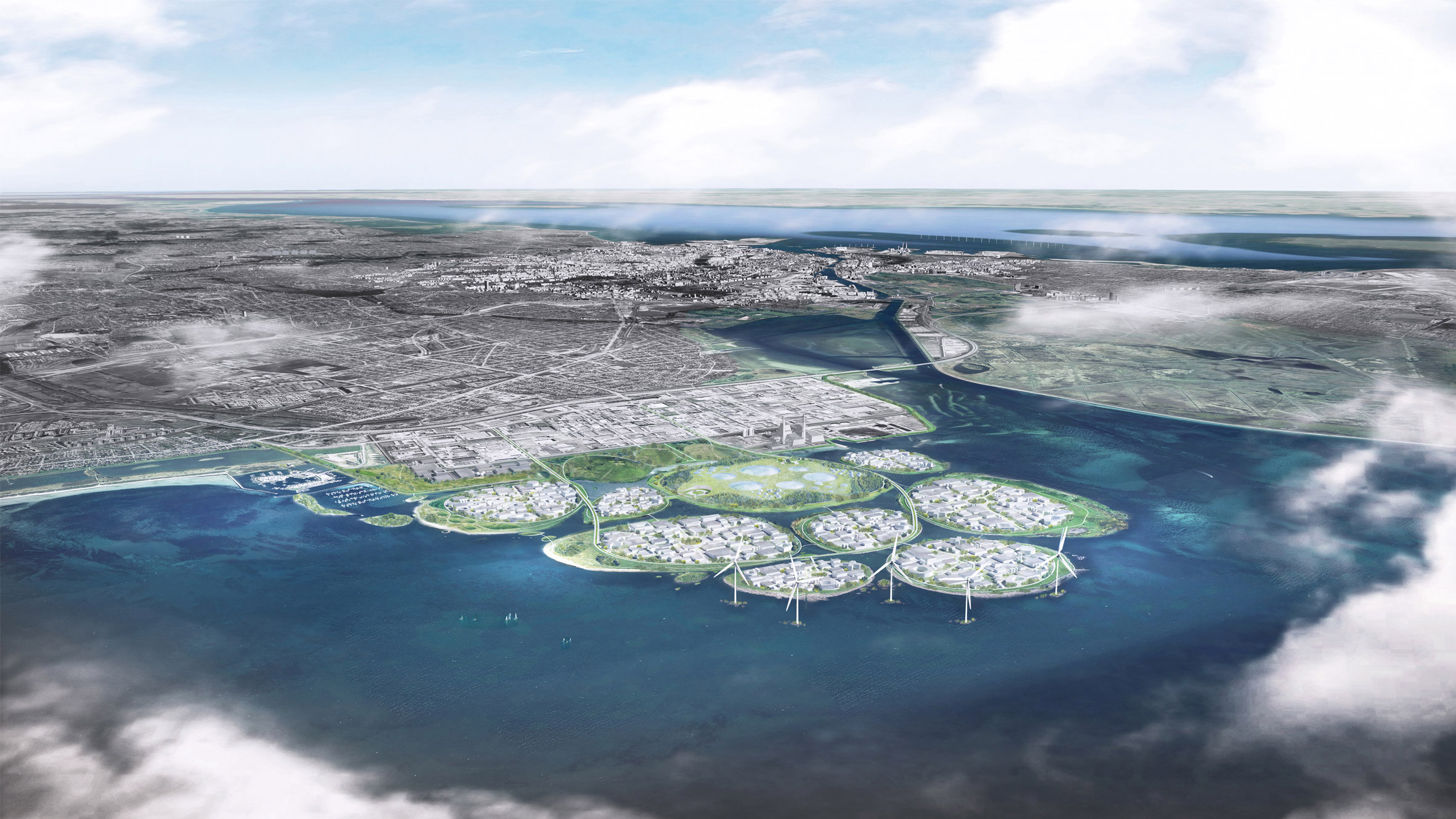 “Holmene addresses several needs in the area. There is a growing demand for sites for knowledge intensive industry, fossil-free energy production, as well as a flood barrier to secure both existing and future areas,” explained the Copenhagen-baased studio. 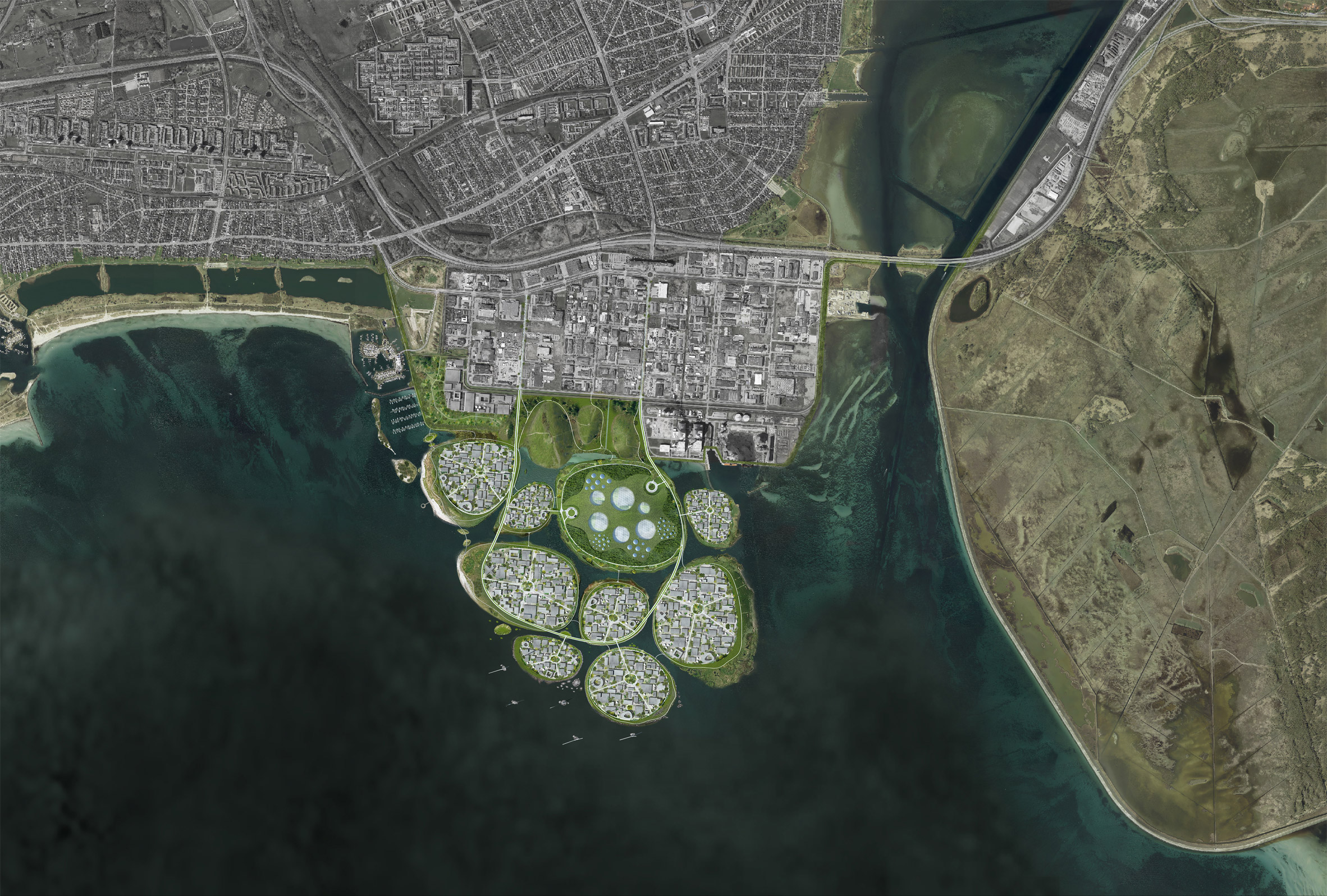 The islands will be constructed using 26 million cubic metres of surplus soil from the construction of the region’s subway and various other building projects.

Approximately 2.3 million square metres of the islands will be dedicated to industrial areas, and the remaining land will be developed into natural landscapes for sports and recreation, including 11 miles of cycle routes.

Urban Power has also incorporated a series of flood barriers around the islands to combat the threat of rising sea levels, and a number of small islets and reefs that will encourage nature and wildlife to inhabit the islands. 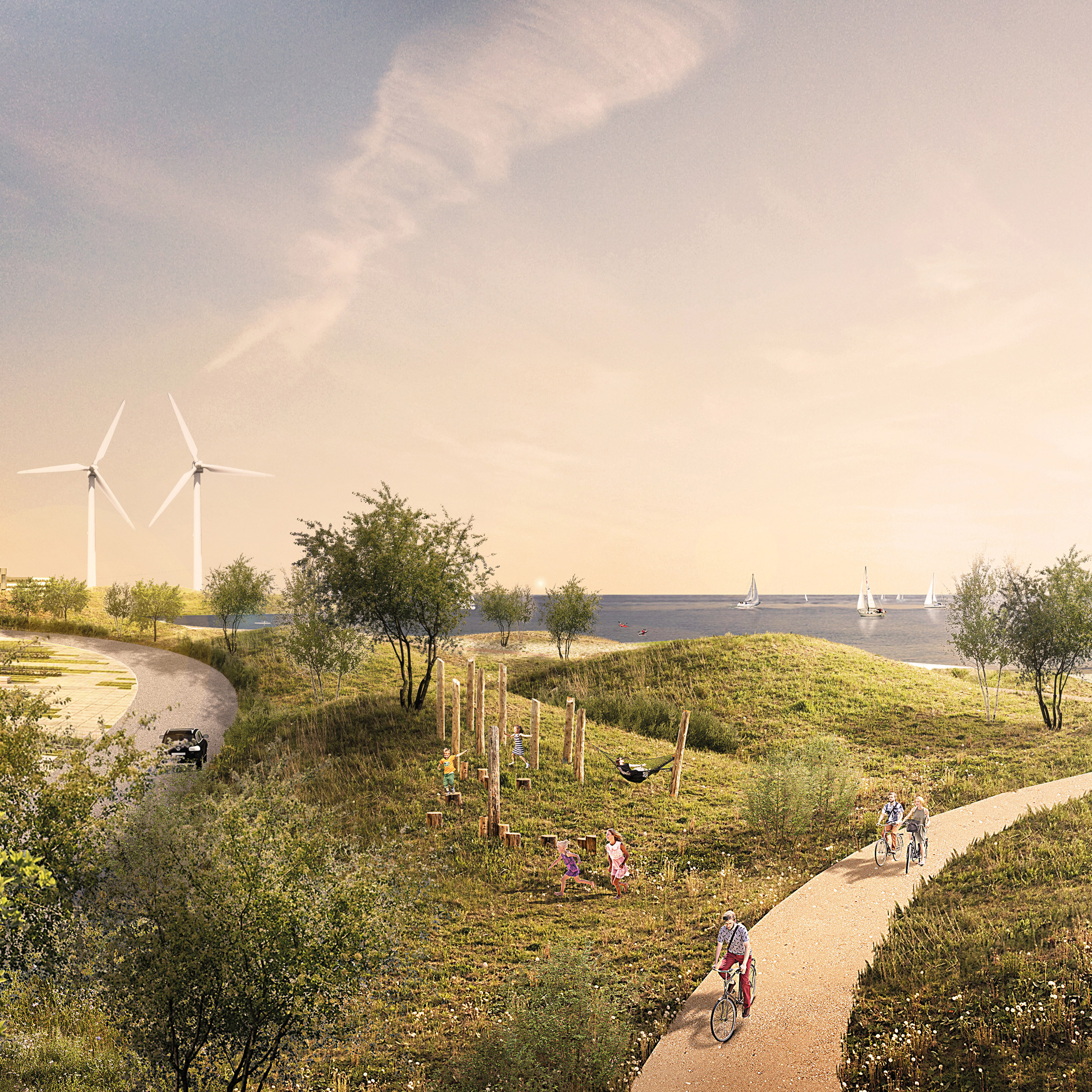 It will also host the “biggest waste-to-energy plant in northern Europe”, where the bio and waste water of approximately 1.5 million people will be transformed into clean water and biogas. 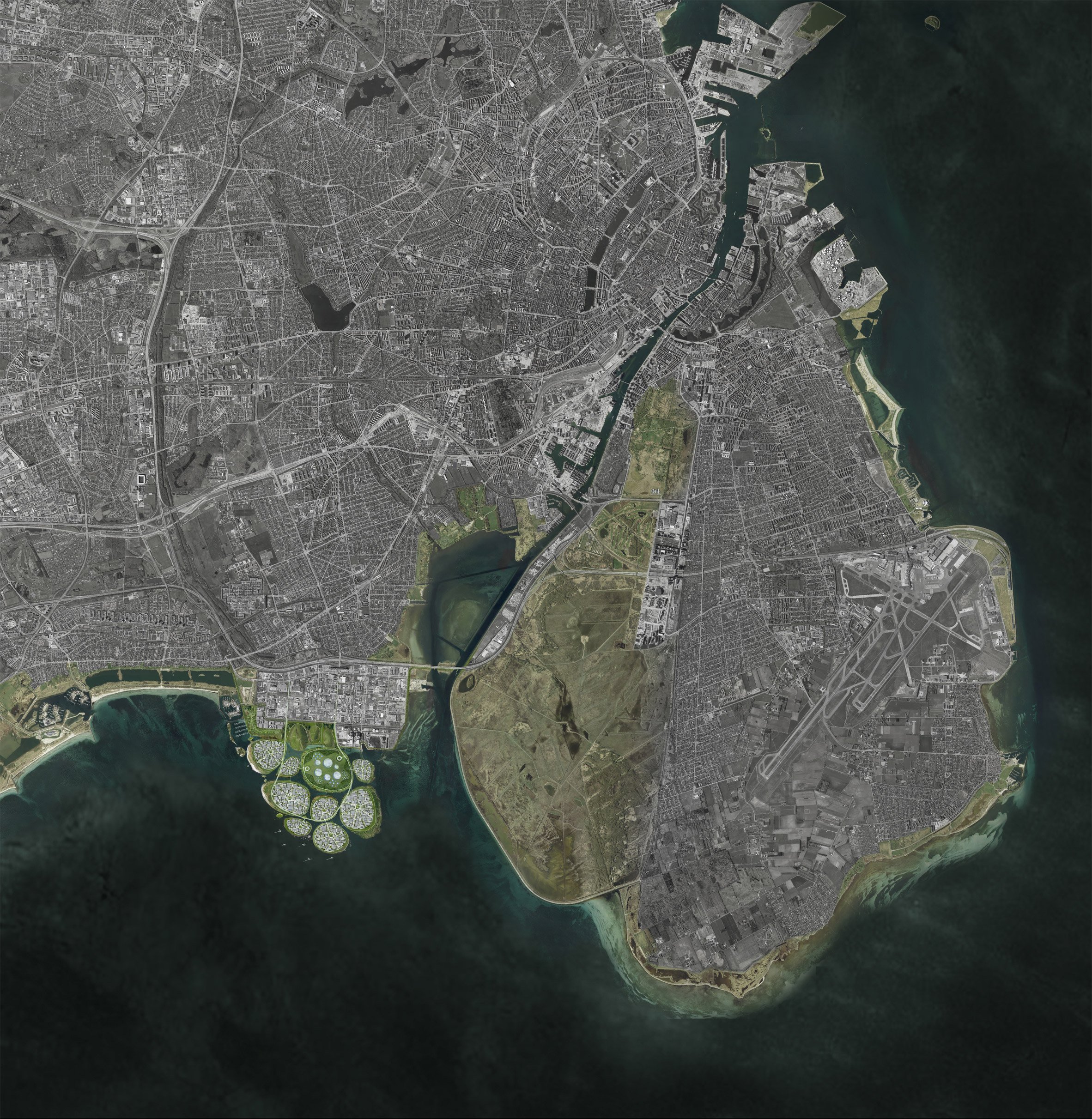 Due to start construction in 2022, Urban Power hopes Holmene’s first island will be habitable within six years, before the total completion of the project in 2040.

Two other recent proposals for artificial landscapes in Europe include a man-made island in the North Sea designed to help Europe meet renewable energy targets, and Sponge Mountain – a 90-metre-high mound of soil that would absorb carbon dioxide from the air in Turin.

Visuals are by Urban Power for Hvidovre municipality.