A public and private street flank this former warehouse in east London, which local studio vPPR has converted into a mixed-use development containing shops and apartments. 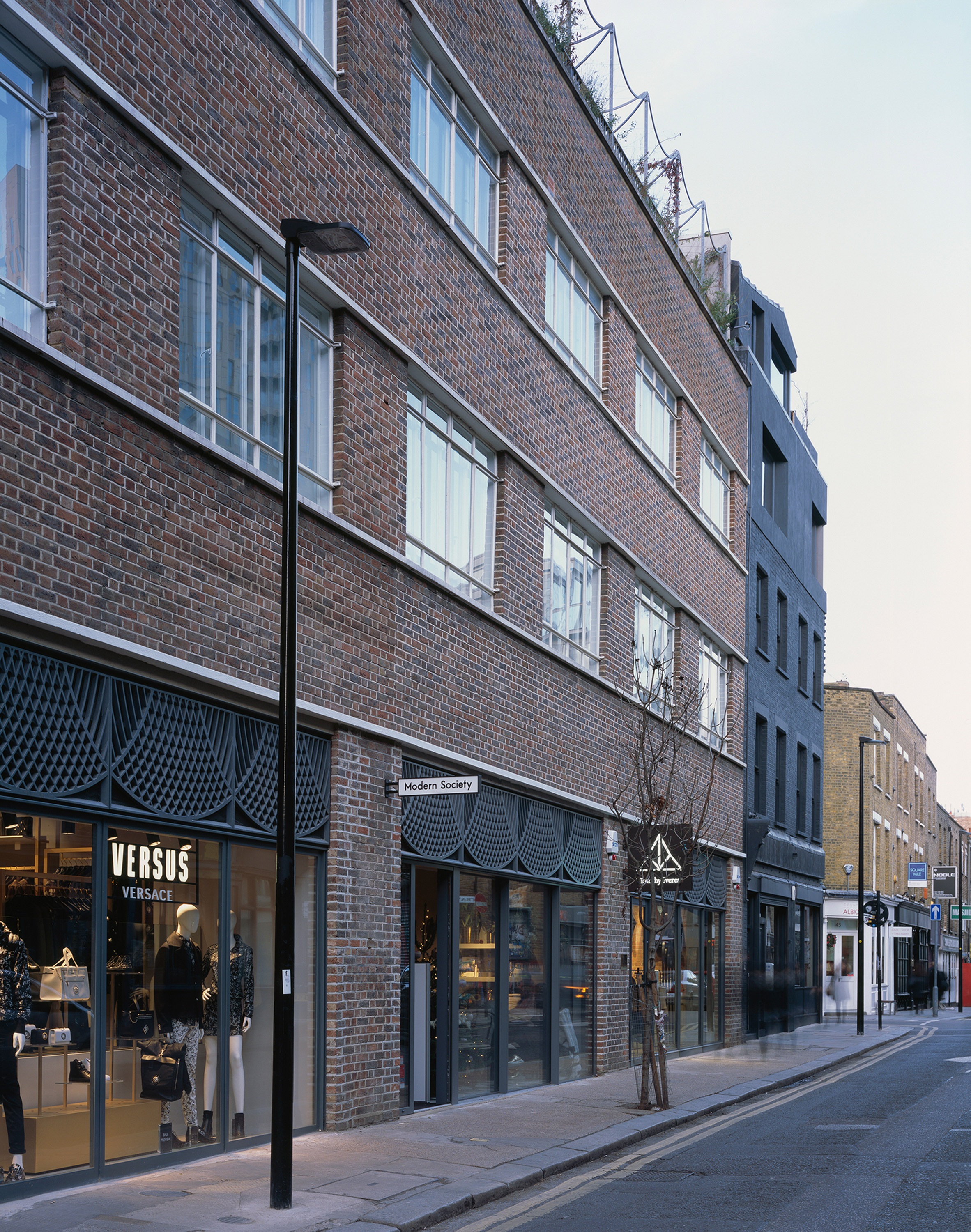 The building is situated on Redchurch Street in Shoreditch – a popular shopping destination home to some of the city’s trendiest brands and boutiques.

vPPR was tasked with reviving the imposing brick warehouse and reconfiguring parts of the interior to accommodate a stacked arrangement of retail and residential spaces.

The studio’s proposal focuses on the creation of public and private facades on either side of the building, which have distinct characteristics based on their functional requirements. 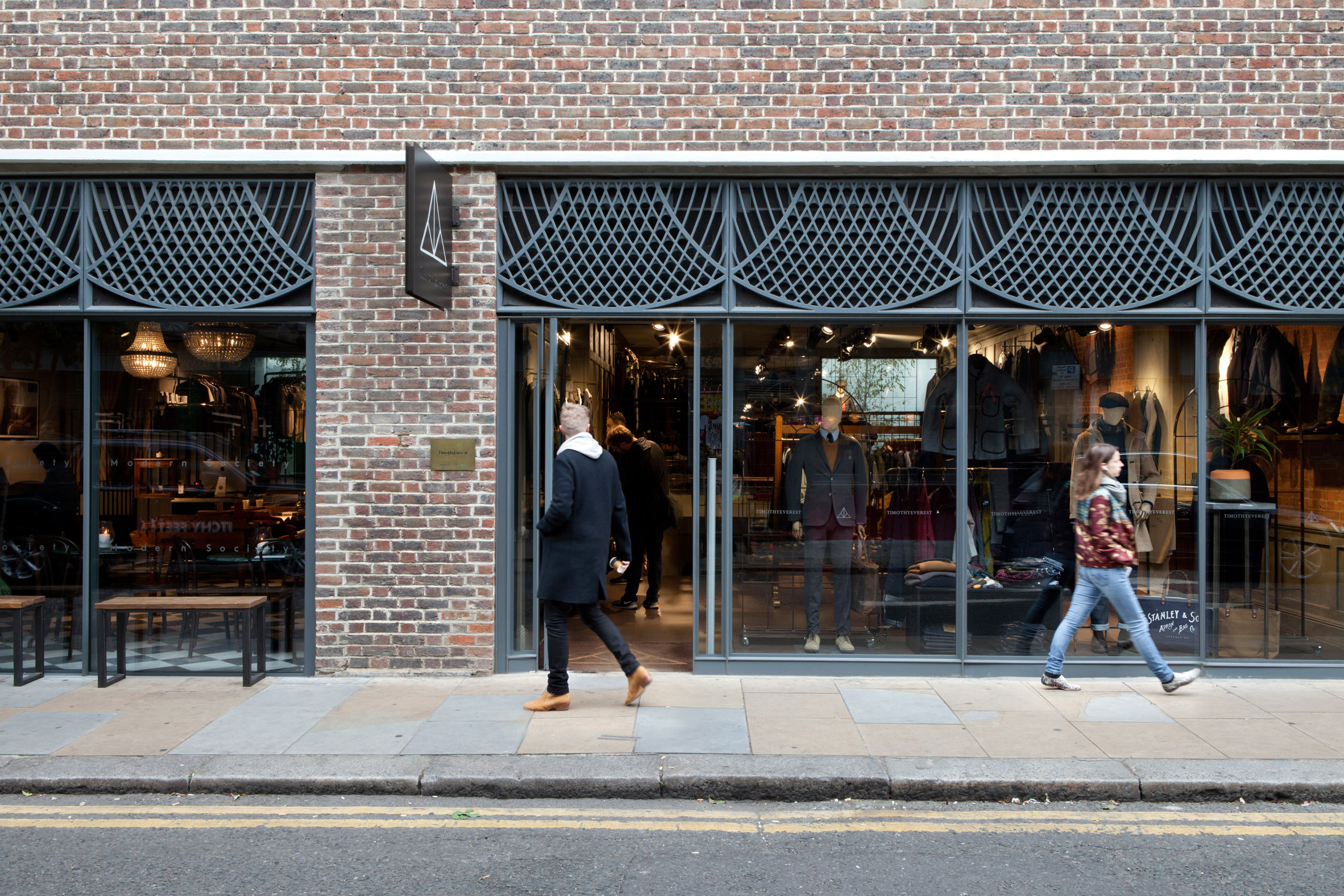 “The building has been conceptually orientated along two parallel streets, one containing public activities along Redchurch Street,” said vPPR, “while the private internal street is quieter and for residents alone, bringing sunlight and air to the deepest parts of the industrial block.” 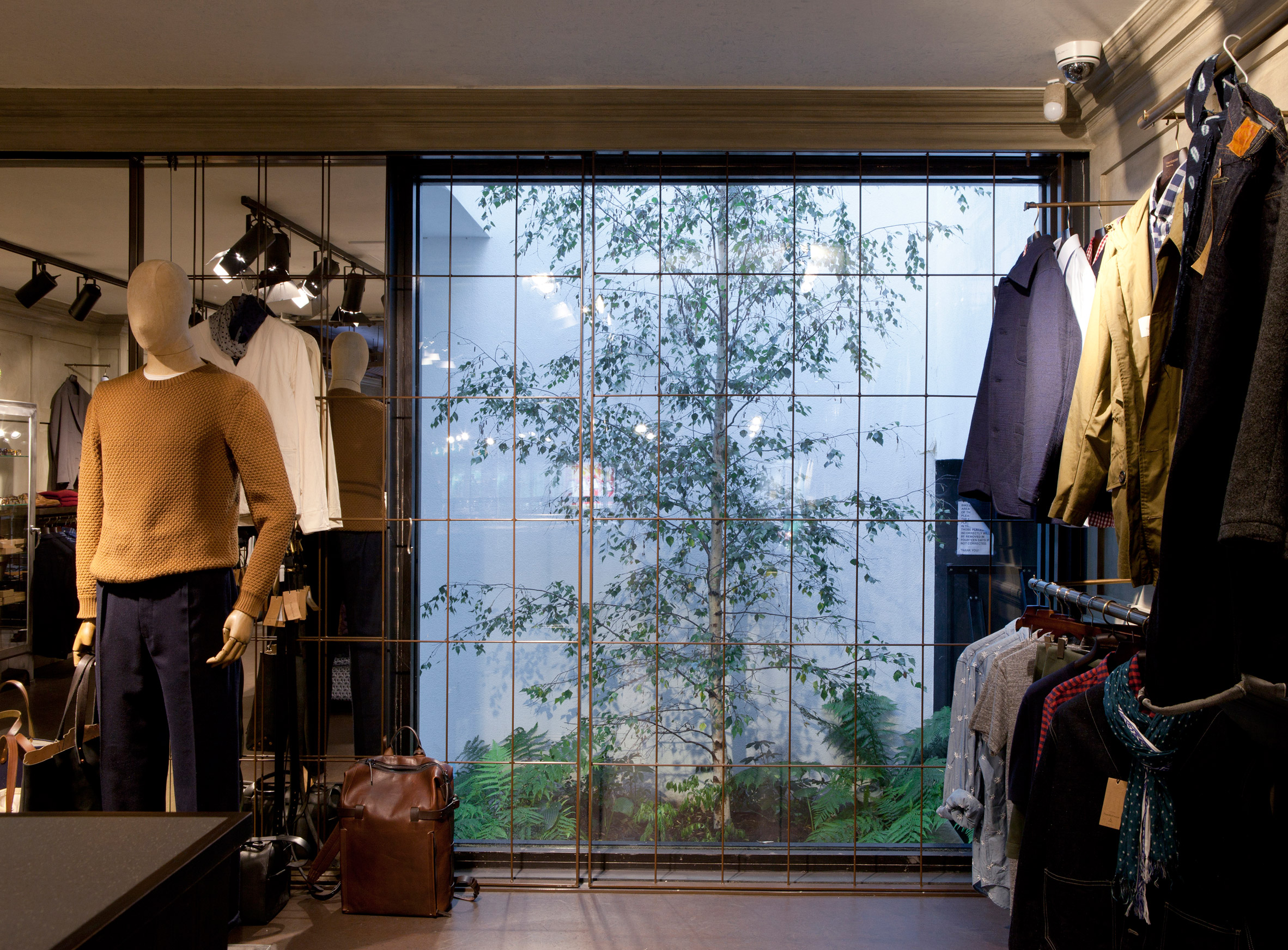 A patterned steel fascia that runs along the top of the glazed openings and conceals ventilation units references the building’s industrial past and the delicate geometry of a pergola extending above the top-floor terrace.

A side entrance provides access to a private courtyard planted with trees that are framed by large openings at the rear of the retail spaces. 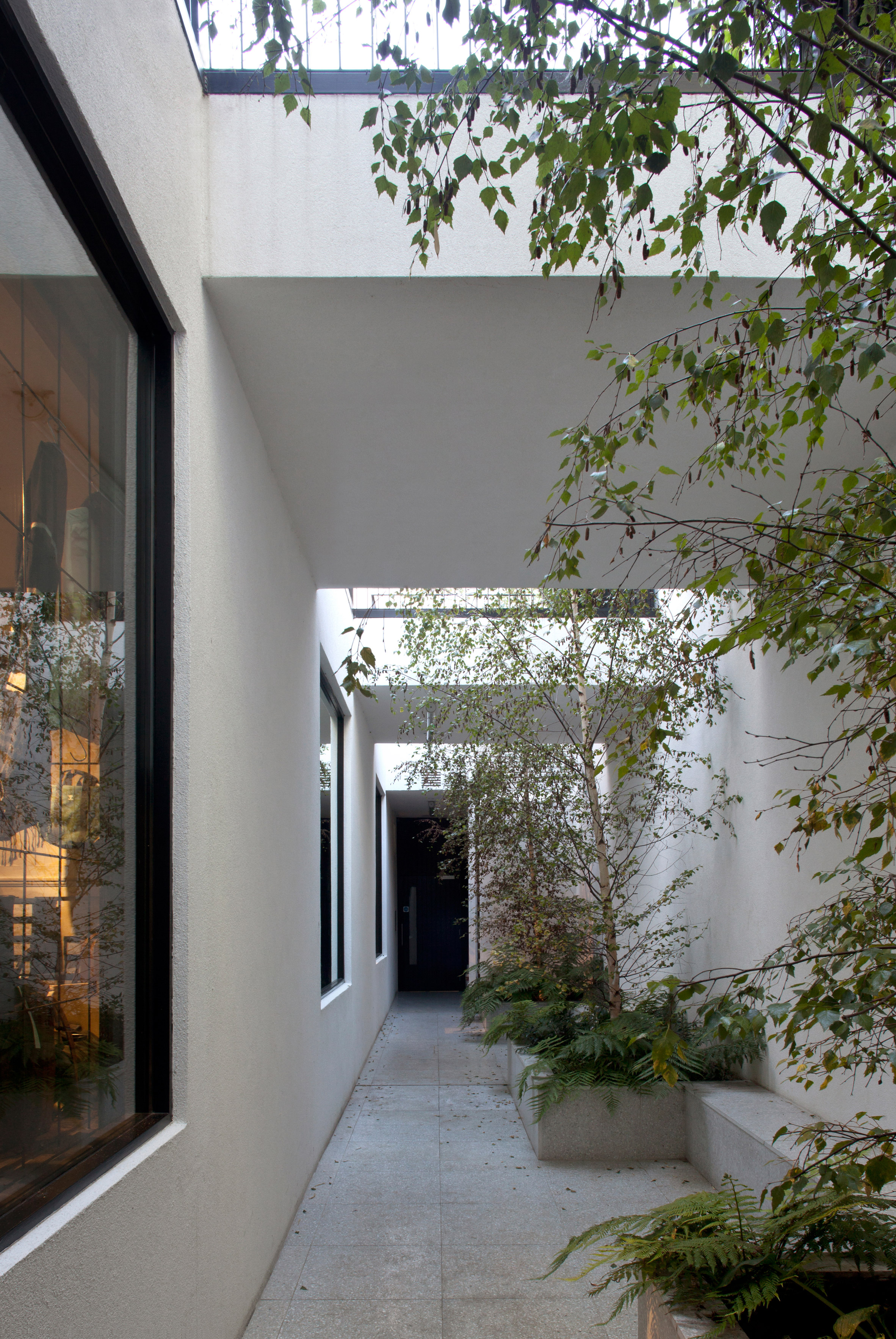 This circulation space functions as an internal street leading towards stairs and a lift that ascend to the residential units on the upper floors.

Stepped terraces extending the full width of the building provide shared outdoor spaces for all of the residences. 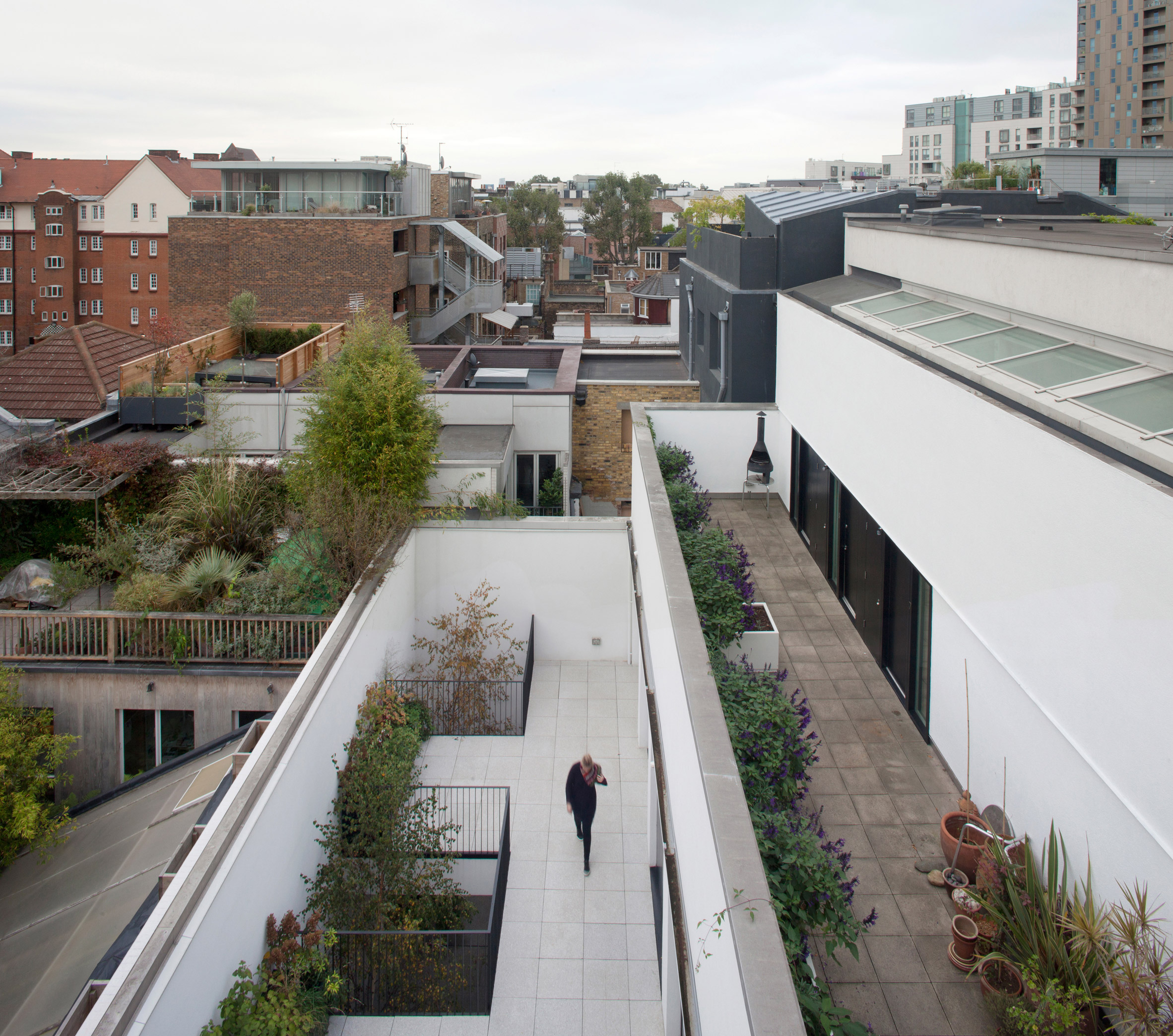 A paved terrace on the first floor is interrupted by rectangular openings that allow light to reach the walkway below and enable the tops of the trees to poke out.

The building’s heritage is reflected internally in the use of exposed brick and other industrial details, which are appropriate to the loft-like spaces. 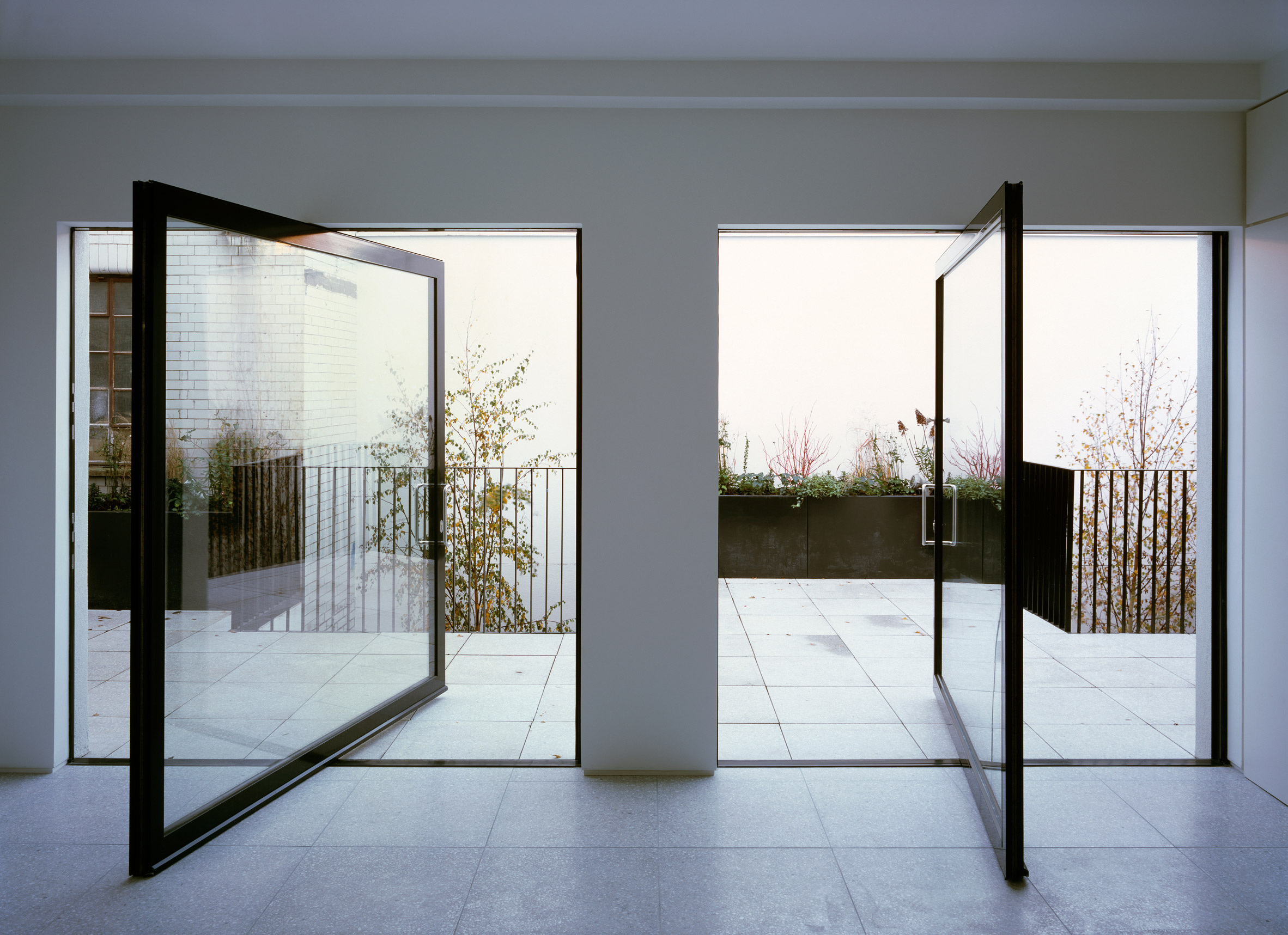 “It’s very exciting for us to incorporate commercial elements into one of our housing developments,” said vPPR architect and director, Catherine Pease. 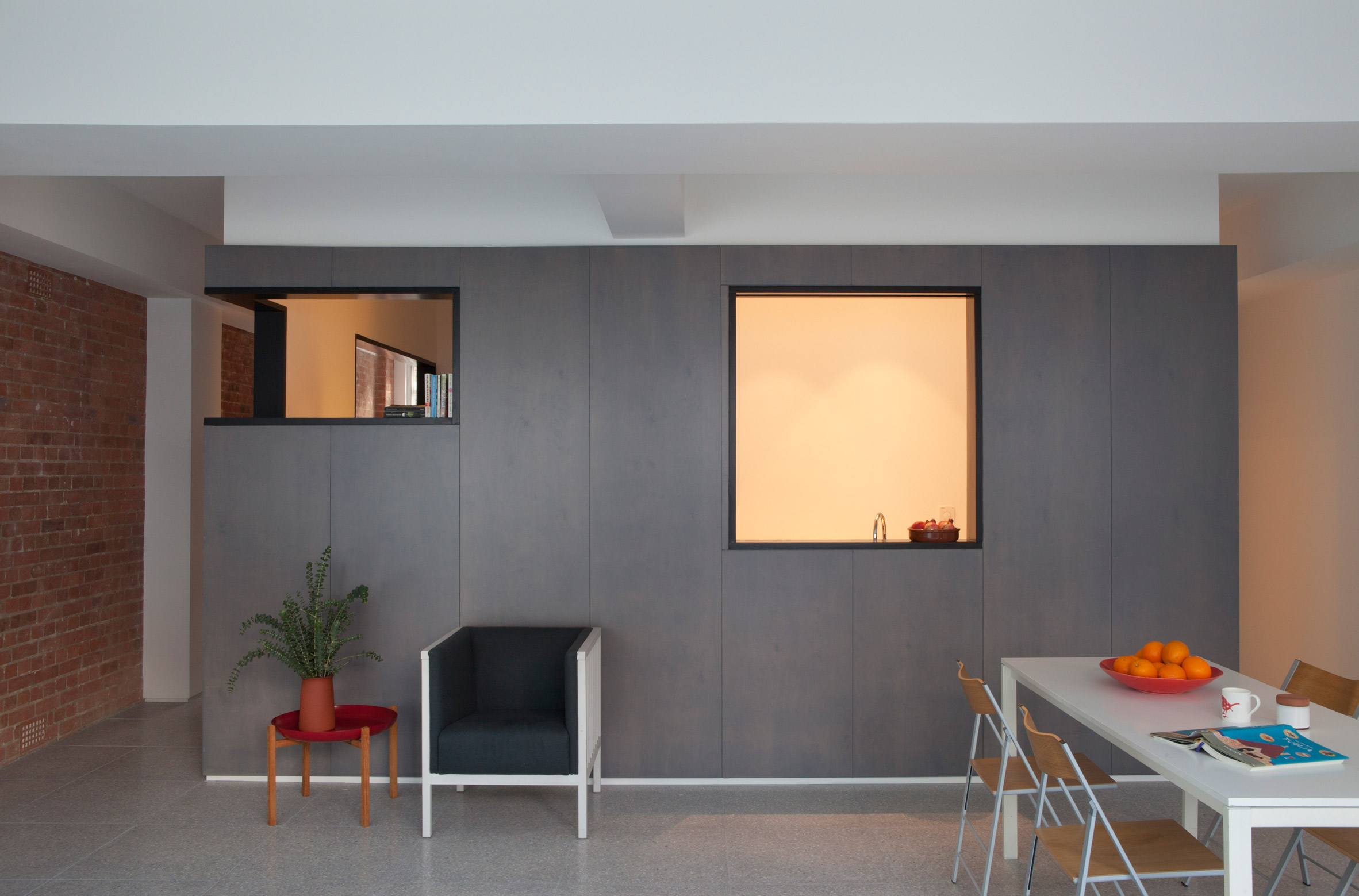 “This kind of mixed-use scheme is key to the success of London’s dense urban landscape. We enjoy our continued exploration into the ways space, light and function all work together within the context of local historical precedents.” 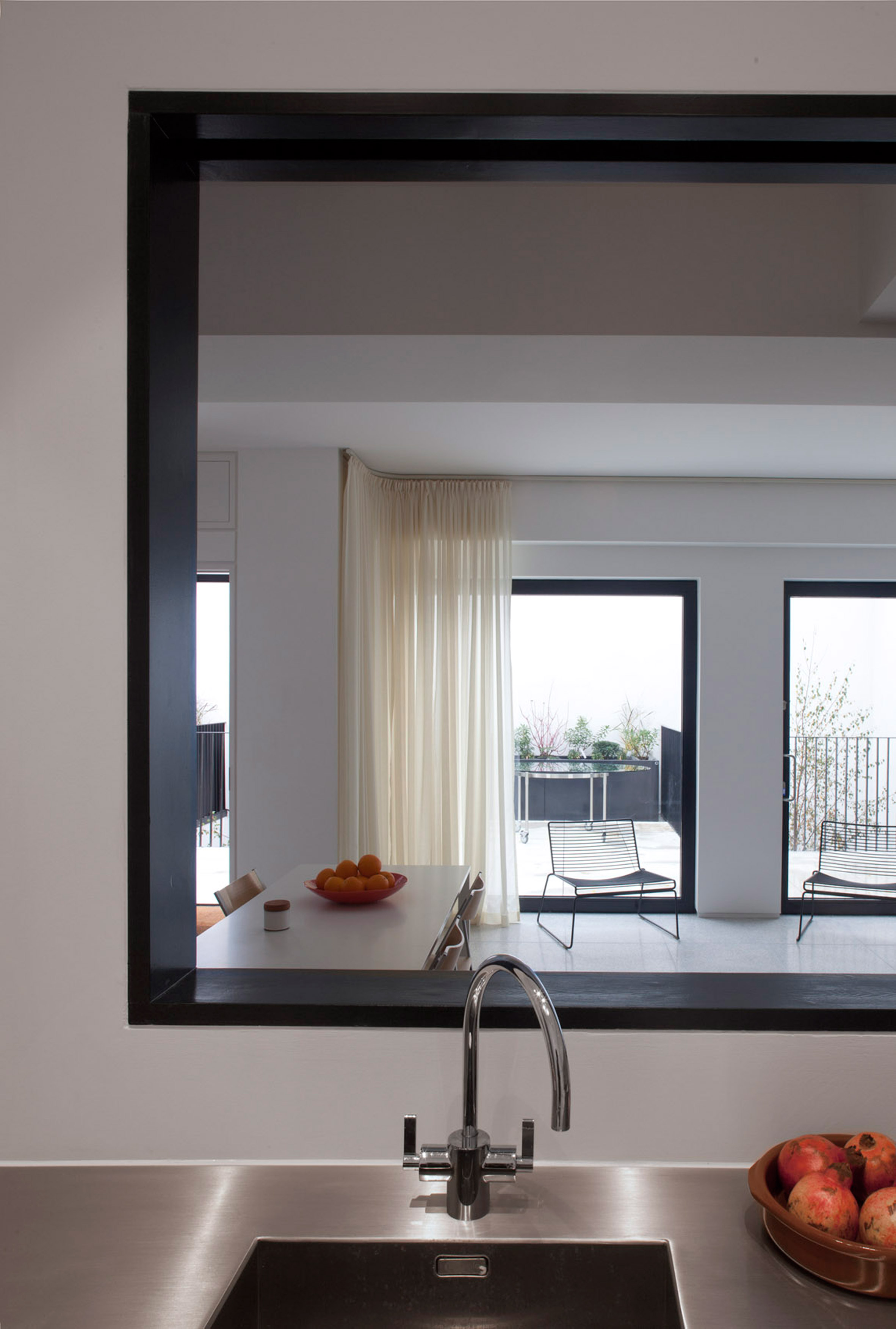 The studio’s previous projects have included a house in west London topped with six vaulted skylights and the conversion of a 130-year-old shop into a cafe with a scalloped counter. 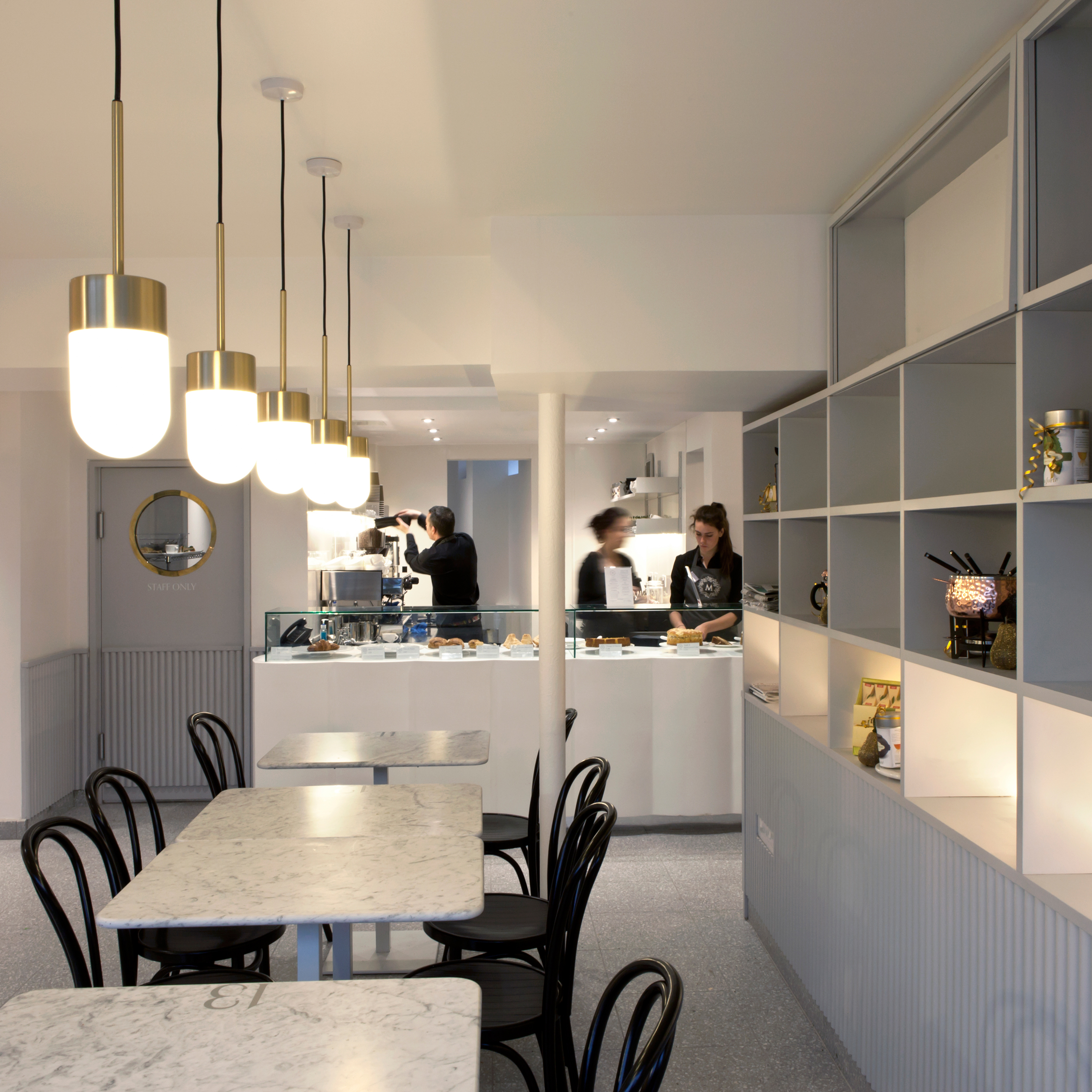 Photography is by Ioana Marinescu.