A series of geometric frames are installed through this Miami fashion store by design firm OHLAB, creating spaces for stepped shelves along the walls in between.

The In-Sight concept store in Downtown Miami is filled with over 20 timber boards, which are each cut with circular openings. 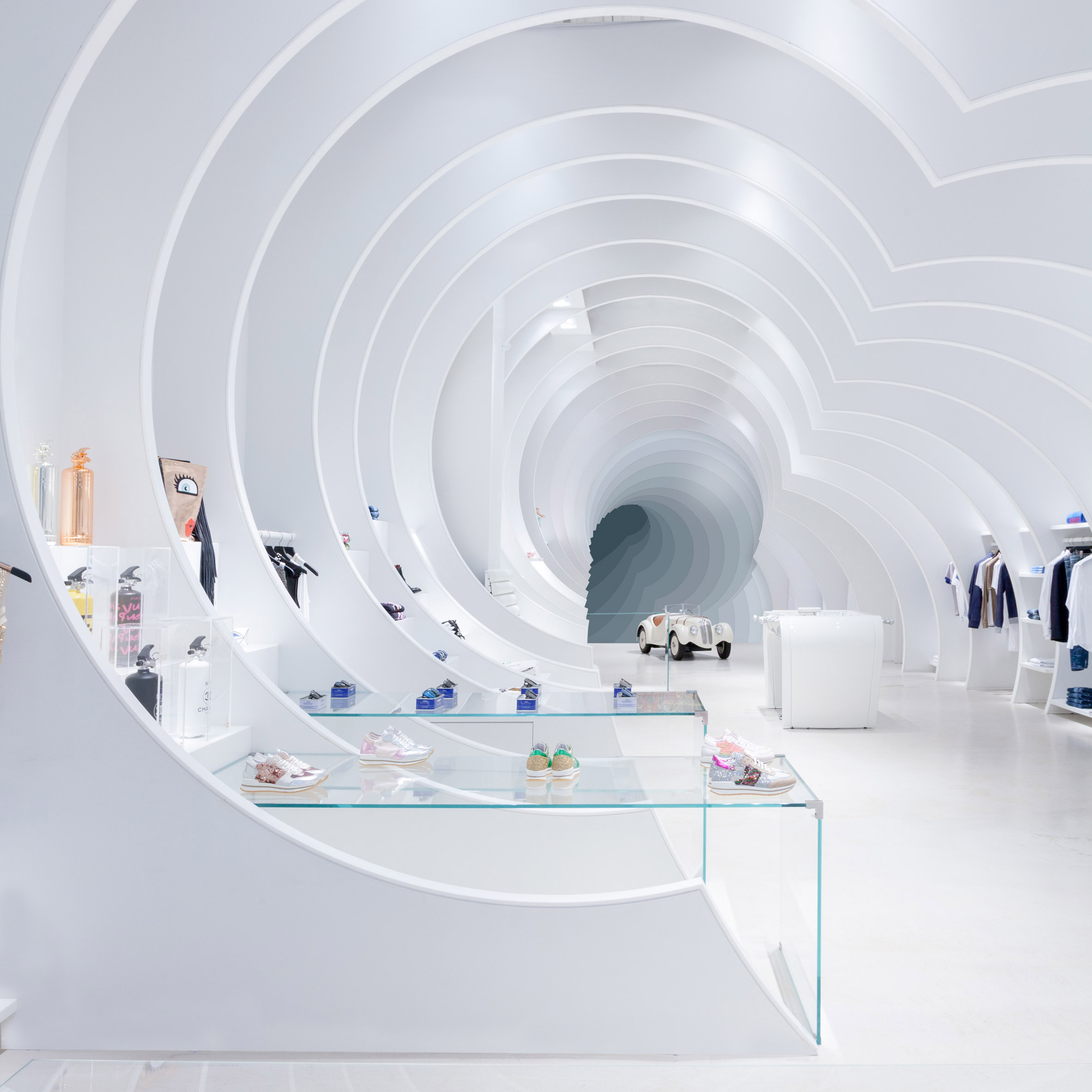 The resulting frames are installed as cross sections in a line down the length of the store, forming tube-like voids through the interior that evoke the store’s logo.

“The binoculars, the logo of the brand, are composed by two interlaced circles, and are the starting point of the interior design,” said OHLAB. 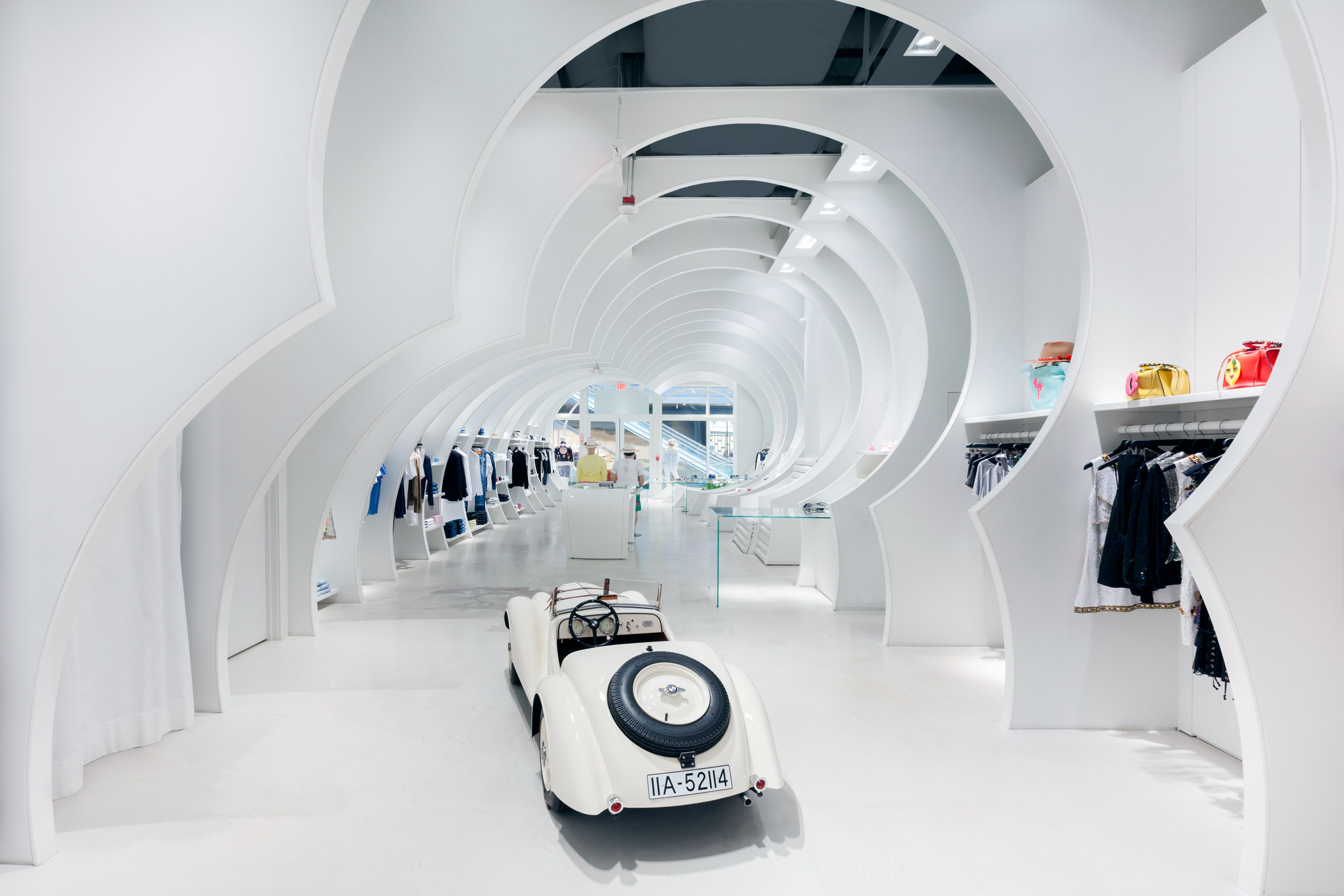 The design has an illusory effect, and resembles an extruded figure-of-eight turned at an angle. “Through the extrusion, translation and rotation of the logo, an imaginary volume is created,” OHLAB continued. 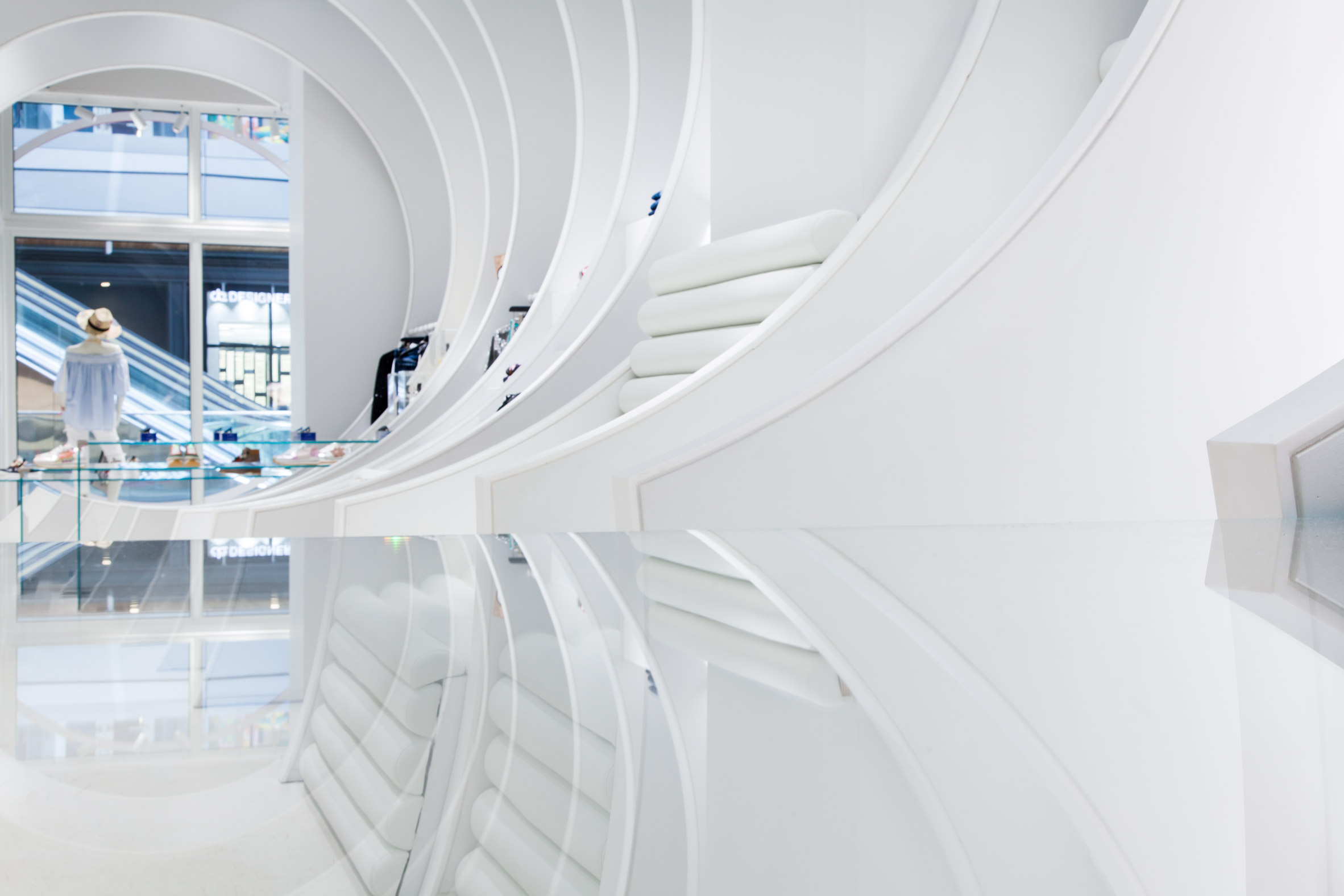 The panels are finished with white-coloured Corian – a stone-like material made from acrylic polymer and alumina trihydrate. Gaps between each are filled with built-in shelves to serve as nooks and platforms for displaying products. 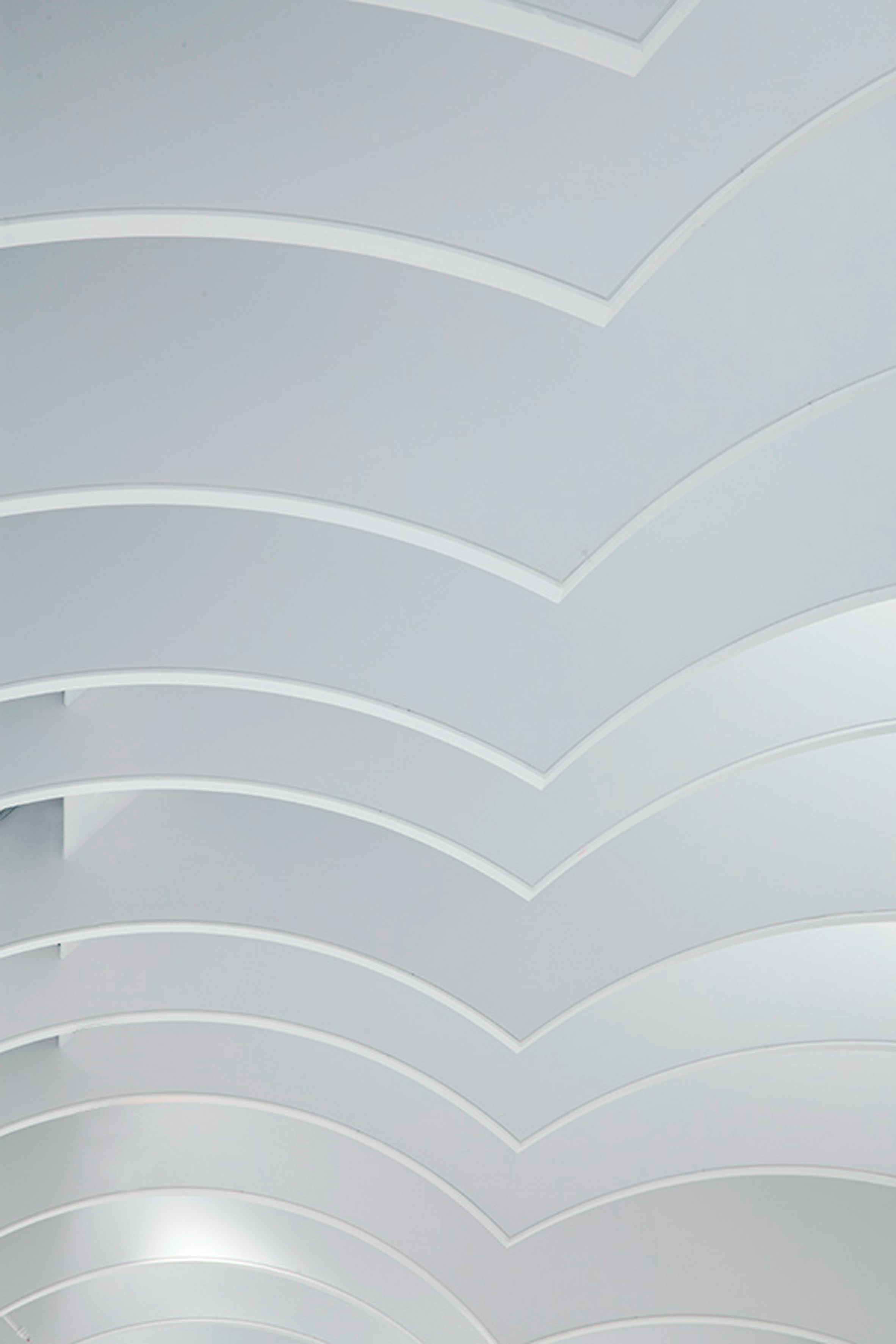 “Despite the formal complexity of the space, the construction system had to be simple and easy to dismount and mount again because all the panels were going to be produced in a warehouse in Spain, and shipped to Miami where the assembling had to last only a few weeks,” said the studio. 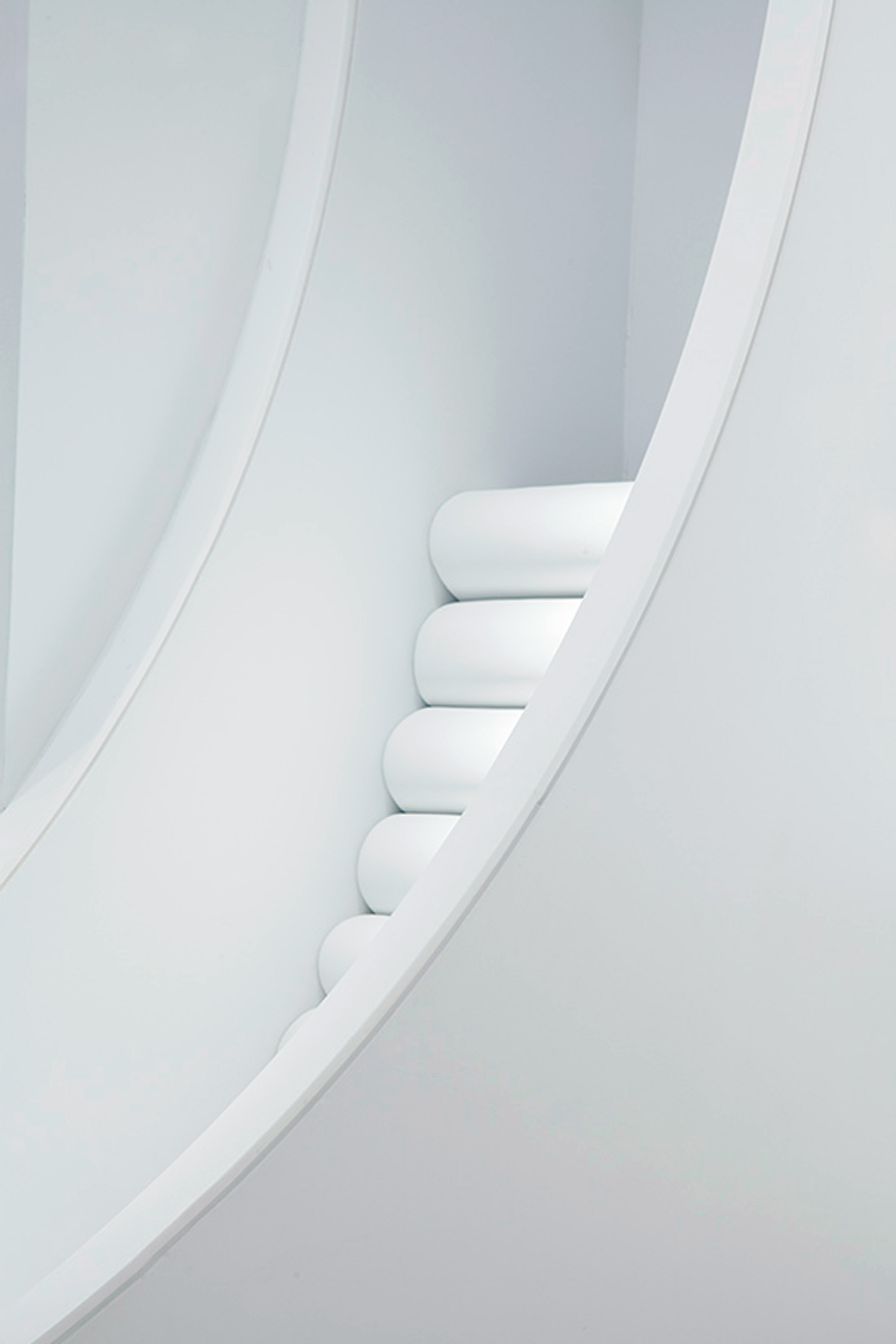 On the back wall of the store is a graphic panel that continues the geometries of the panels as a two-dimensional trompe l’oeil optical illusion. The rear of the store appears to continue and spiral on towards infinity. 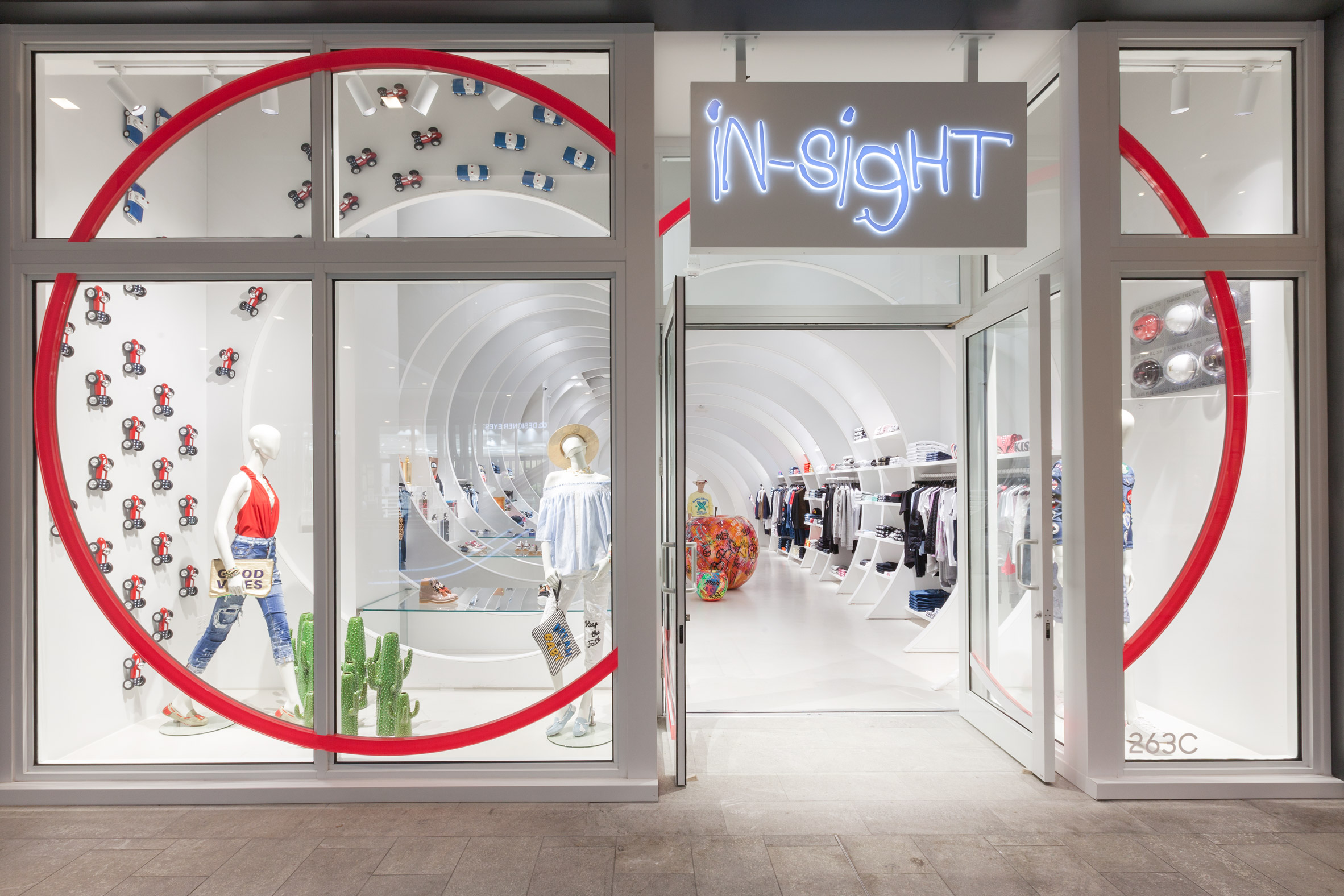 Based in Palma de Mallorca, OHLAB is led by directed by Paloma Hernaiz and Jaime Oliver, along with a team of architects and interior designers. The firm also designed a white house made of cubes volumes, each with different views of Mallorca.

Photography is by Patricia Parinejad.